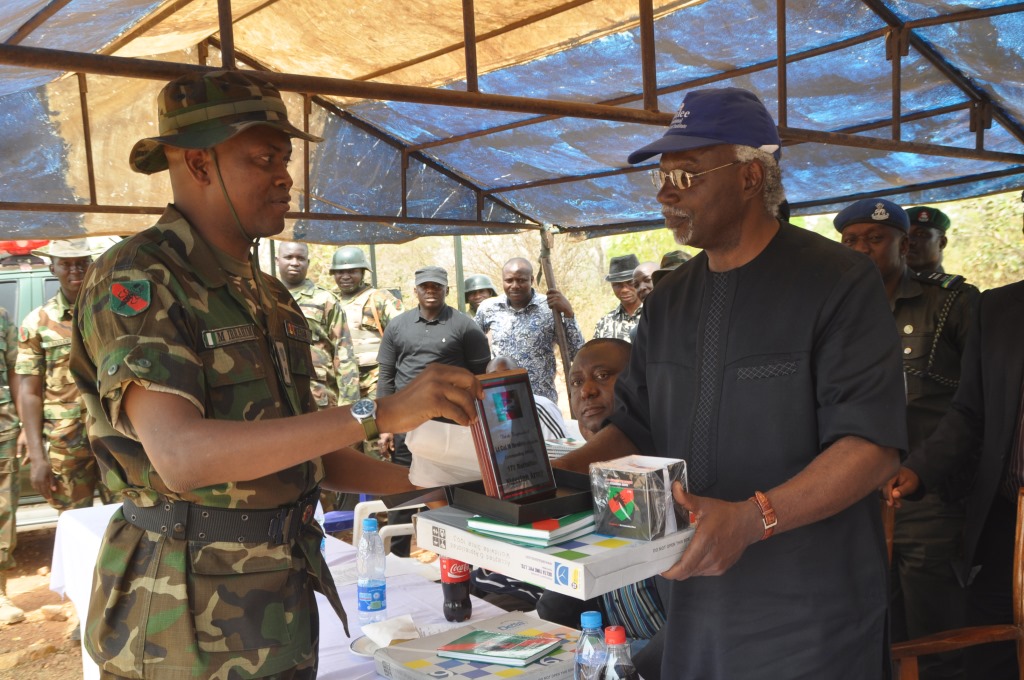 Chairman of the Independent Corrupt Practices and Other Related Offences Commission, (ICPC), Mr. Ekpo Nta, has declared that corruption is killing more people in Nigeria than any other cause.

Barrister Nta stated this at the closing ceremony for the last batch of ICPC training programme on Intelligence and Weapon Handling held at the 177 Guards Battalion Keffi.

Between November 2013 and February 2014, officers from Grade Levels 07 – 14, numbering 335 and divided into five batches went through a mandatory 3 weeks training programme on Security Intelligence and Weapon Handling.

According to him, “It was a deliberate decision to retrain every staff of ICPC into a fighting machine because corruption has killed more persons than any other cause. When you are in combat, you can see your enemy and deal with the person directly”. He explained that corruption can come in different ways ranging from fake drugs, fake motor spare parts, stealing of funds meant for roads, schools and hospitals, and letting the poor of this country die in the midst of so much wealth that we have.

The ICPC boss pointed out that by now; the Nigerian educational system should be producing graduates who can find their level anywhere in the world and generating jobs themselves, but regrettably corruption had destroyed our school system.

Addressing the trainees, he said, “If you don’t understand why you are here then you probably would not understand why some other countries that started with us have progressed beyond us”.

His words, “More of these kinds of trainings will take place and it is in your own interest to note that the training you are getting is not only for ICPC but it is for yourself”.

“I have been monitoring the training you have had here. There is no product of this course that would not take on any danger faced on even in your own private lives. We have tried to give you an understanding of what your body can do and what your brain can do. This training will let you impact in your family, you community or wherever you live; the training must make you different”.

Continuing, he said, “I am seeing a situation where in the future this country would be noted for manpower training in all fields. It is a shame for Nigerians to be running all over the whole world to ask for training when we have the competence here” he stated.

Having completed the training, the first top three performers in each of the batches, totalling fifteen persons were rewarded handsomely. Apart from receiving plaques of recognition from the 177 Guards Battalion, the Commission also rewarded them with one incremental step of their salary irrespective of their promotion exams.

He thanked the Commanding Officer, 177 Guards Battalion Lt. Col. Musa Ibrahim and his men for the wonderful job they did, promising to continue to partner with the Command in future endeavours.

Responding, the Commanding Officer thanked the ICPC Chairman for considering the Battalion worthy to train staff of the Commission adding that from his interaction with officers of ICPC the training would be quite useful to their career.