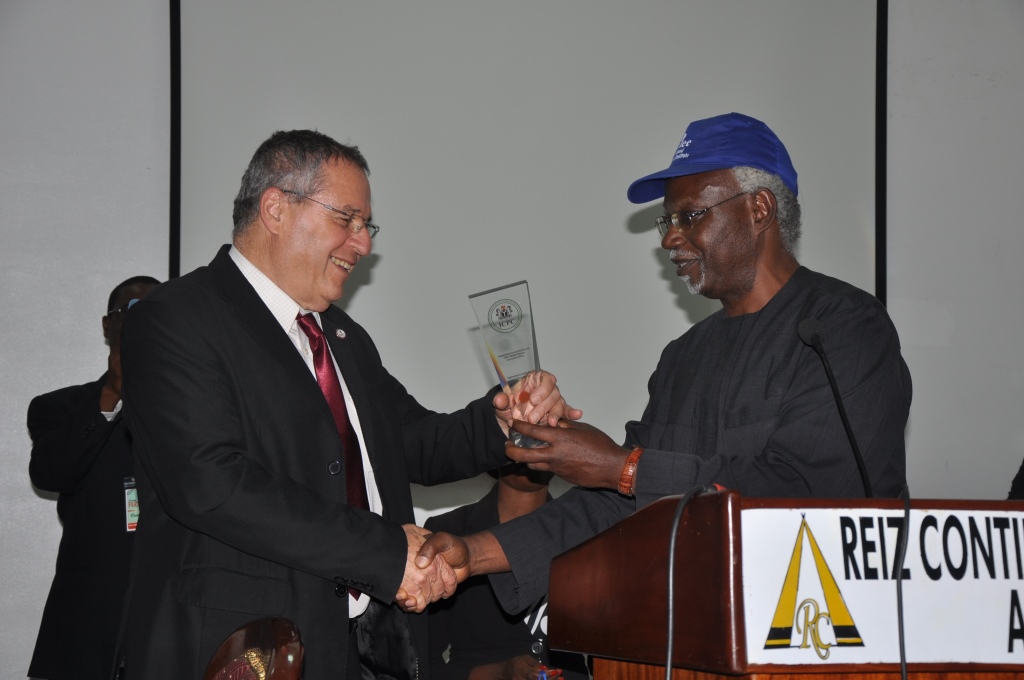 ICPC Asks the Galilee Institute to Join the Fight Against Corruption

Chairman of the Independent Corrupt Practices and Other Related Offences Commission (ICPC) Mr. Ekpo Nta has said the task of fighting corruption effectively in Nigeria is so enormous that ICPC and other anti-corruption agencies requires the intelligence and contribution of all sectors of the society.

He stated this at a meeting of the Alumni Association of the Galilee International Management Institute held recently in Abuja.

Over 2000 Nigerians have been trained by the Galilee Institute in the last 25years in the areas of Agriculture, Technology, and Education Management as well as Security and Intelligence management among others.

Barrister Nta explained that the meeting was meant to ensure cooperation among members in such a way experience garnered in Israel would be put to use in the quest to wipe out corruption and develop our country.

Addressing fellow members of the Association, he pointed out that “the state of Israel is a society that is successfully using its intellect to conquer space and environment”; and that having shared from that experience; the ICPC was considering them very valuable to its work and would begin to contact some of them to have their experiences to bear on the work of the Commission.

According to him, five members of staff of ICPC had been trained at the Galilee International Management Institute on ‘Train the Trainers’ basis. “We are not going to be sending people there all the time. The ones that have been trained will come back and be trainers in our own Academy in order to save foreign exchange; that is the whole essence; it is not a jamboree for us”.

Speaking further, he said, “We had the opportunity of going round all the universities in Israel because we were carrying out systems studies in Nigerian Universities. Most of the things we saw there, we have incorporated as part of our systems studies here in Nigeria. We have also audited some intelligence courses which we have brought back to bear on our own functions in ICPC; so we have maintained that robust relationship”.

He said that the Commission would be targeting those who are stealing public funds adding that the message from the President has given the Commission the impetus to go after anybody irrespective of his status in order that the wealth we have will go round this country.

He was of the view, “If we utilise the wealth we have in this country, and the resources in terms of human and material resources, people would be looking for Visas to come to Nigeria and not the other way round. God has blessed Nigeria with excess environment and resources; and if we decide to apply our intellect, I believe we would be sitting on top of the entire world”.

Responding, President of the Institute, Dr. Joseph Shevel said that the over 2000 Alumni membership in Nigeria was the largest; stressing that no other country in the world had such a number; pointing out that it was a great indication of the country’s commitment to capacity building.

He thanked the ICPC for hosting the meeting, expressing hope that Galilee Institute will continue to collaborate with the anti-graft agency especially in the area of intelligence; stressing that intelligence was the key.

“On one hand I feel embarrassed that my former President is in jail but on the other hand, I feel proud that it is possible in Israel and I hope that it will be possible all over the world,” he added.

PrevPreviousICPC Board Member Sworn in for a Second Term
NextICPC vs EHINDERO N575M CASE: COURT OF APPEAL ORDERS EX-IG, BACK TO HIGH COURT FOR TRIALNext