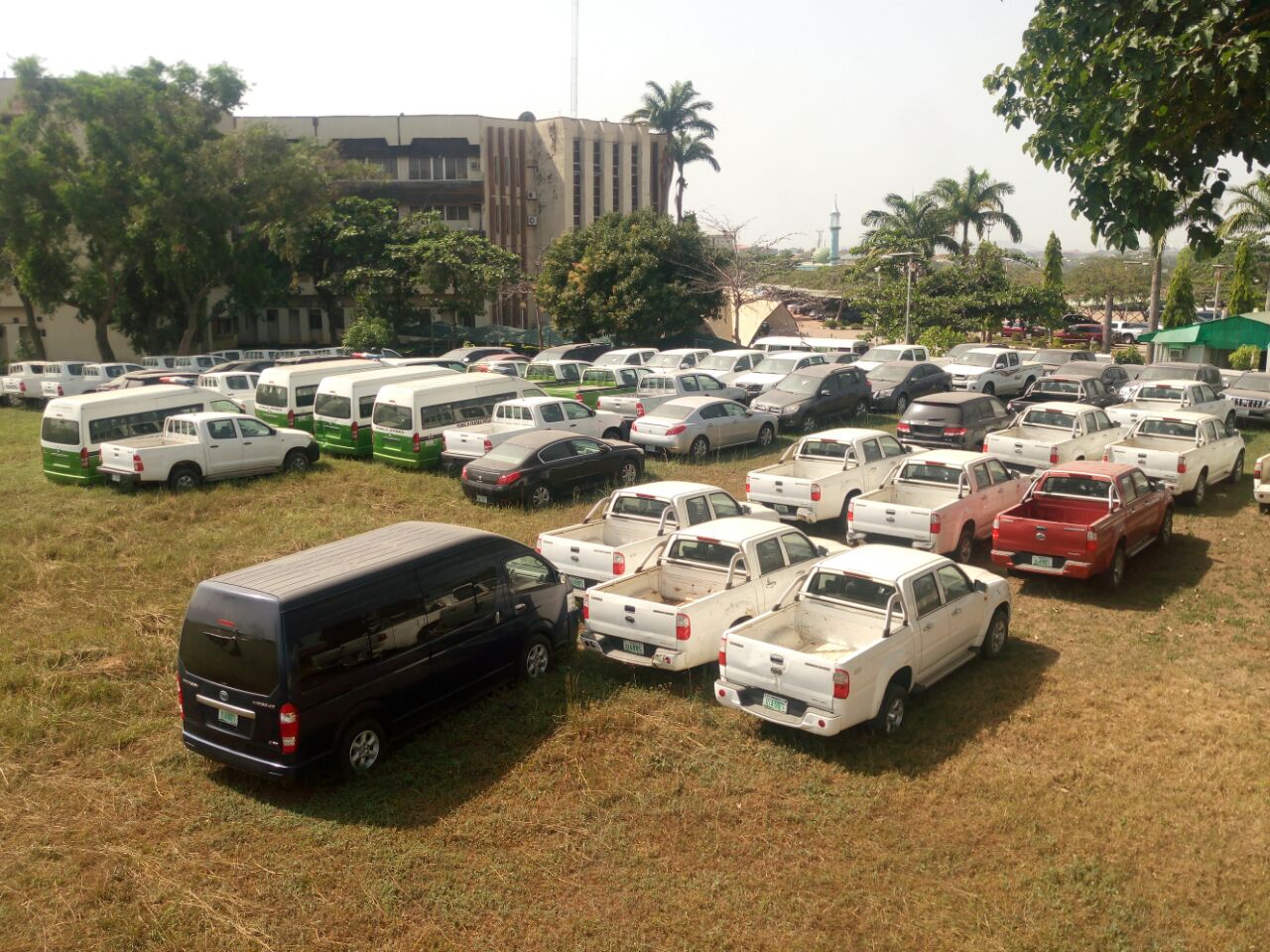 The House of Representatives Committee on Anti-Corruption has inspected 95 Federal Government vehicles seized by the Independent Corrupt Practices and Other Related Offences Commission (ICPC) from various government officials after the winding down of the activities of the defunct Subsidy Re-investment and Empowerment Programme (Sure-P) by the current administration.

The inspection formed part of the visit by members of the committee to ICPC on oversight duties. Speaking, while conducting the members round the seized vehicles, the ICPC Chairman, Mr. Ekpo Nta, explained that the recovery of the vehicles was an indication of the firm resolve of the Commission to tackle the various manifestations of corrupt practices perpetrated by some government officials.

However, among the vehicles inspected, Mr. Nta said 40 of them were recovered from some retired officials of the Federal Ministry of Water Resources.

Speaking at the visit, Chairman of the Committee, Hon. Akinloye Azeez Babajide said that the essence of the visit was for his committee to acquire better knowledge of what the Commission was doing and offer support where necessary. He commended the Commission for fostering a good image for Nigeria through its preventive initiatives against corruption.

Akinloye, who was visibly impressed with what he had learnt about the activities of ICPC harped on the need for the achievements of the Commission to be made public as a lot of people had the mindset that ICPC was not doing much.

In his words: “The perception of ICPC not doing enough should be a thing of the past. With what I have seen, we want to contribute to the development of the Commission and eradicate wrong perceptions of ICPC.”

Earlier in his remarks, while receiving the visitors, the ICPC Chairman had said that preventing corruption is a major objective of the mandate of the Commission which was also the thrust of what it was doing.

Nta defined corruption as an “opportunistic crime since people tend to abuse opportunities which then lead them to engage in corruption” and therefore advocated the elimination of such opportunities.

“ICPC is interested in the development and deployment of high Information and communication technology (ICT) in government processes to achieve success with greater ease. This will be the height of our prevention activities”, he said.

The ICPC boss further explained to the lawmakers some preventive initiatives the Commission has institutionalised which have saved Nigeria a lot of money. According to him, some of the sectors that have benefitted from these initiatives include the Ports, Aviation and Education Sectors.

On challenges, Mr. Nta said the Commission needs realistic funding for the war against corruption as corrupt persons are well off financially to fight back.