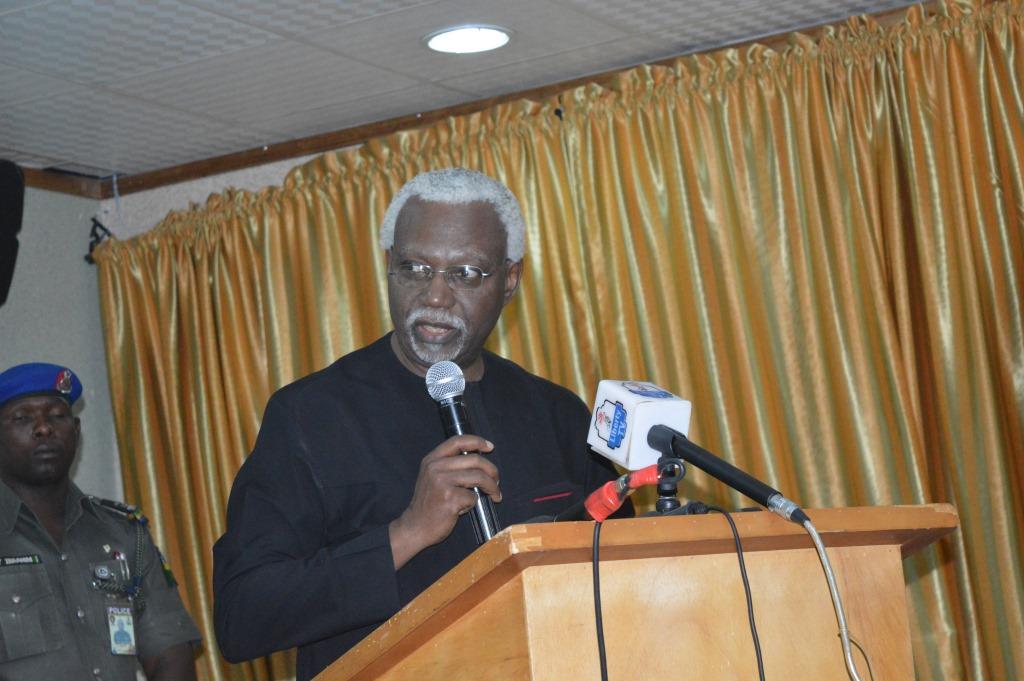 The Chairman of the Independent Corrupt Practices and Other Related Offences Commission (ICPC), Barr. Ekpo Nta stated that, “if we must move forward as a nation, we must strengthen our democratic institutions to enable them deliver on their mandates”.

Mr. Nta gave the advice in Kaduna while delivering a welcome address at the opening ceremony of a five-day management retreat aimed at reviewing the performance of the Commission under its 2013-2017 Strategic Action Plan (SAP).

The ICPC boss informed the participants that assessment of past performance was part of the Commission’s organisational culture for building a promising national anti-corruption development process.

He further said that, after five years of steadfast implementation, the lifespan of the present SAP would end in December 2017. Mr. Nta added: “Incidentally, this is coming at a time and year when Nigeria had painstakingly approved a National Anti-Corruption Strategy (2017-2020) that takes seriously Anti-Corruption Agencies Framework for Monitoring and Evaluation”.

Continuing, he said. “It is on this premise and conviction that the Commission takes, with commitment, this self-appraisal retreat in order to establish the connection between where we were, where we are presently, and where we are most likely to be in the foreseeable future”, he added.

Earlier, the Secretary to the Commission, Dr. Elvis E. Oglafa reminded participants of the fact that, every knowledge-based organisation was expected to assess its performance over time while making adjustments into future.  Oglafa stressed that, it was even more important that the organisation interrogate itself in order to know whether there are connecting dots between established vision, mission, goals and values to ensure their alignment.

He added, “… there is no doubt that the Commission is practically conscious of the significance of connecting dots in strategic planning and implementation, that is why the leadership and the management are working effortlessly to drive the Commission into the future”.

In his remarks at the opening ceremony of the retreat, the Kaduna State Governor, Malam Nasir Ahmad El-Rufai who was represented by his Deputy, Architect Barnabas Yusuf Bala commended the Commission for ensuring integrity in public institutions. He stated that, ICPC as an anti-graft agency has been carrying out vital functions that are helping the nation to strive towards greatness.

In his vote of thanks, the Honourable Member representing North-East Geo-Political Zone at the ICPC Board, Alh. Abdullahi Bako expressed the Commission’s appreciation to donor agencies such as DFID, Justice for All (J4A) and other development partners who had been supporting the Commission in the discharge of its duties and to remain one of the leading anti-graft agencies in the country.

The participants at the retreat included all heads of departments (HoDs), heads of units (HoUs) and top management personnel of the Commission.