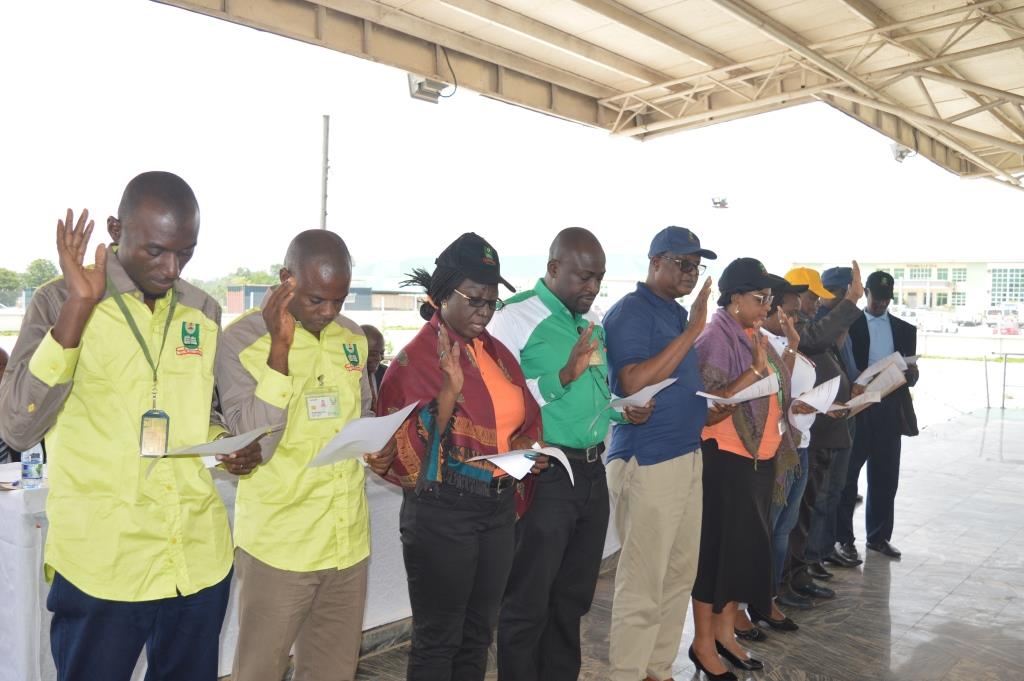 The Vice Chancellor of National Open University of Nigeria (NOUN), Prof. Abdalla Uba Adamu has declared that he will ensure that corruption finds no room to thrive in the university.

Prof. Adamu made this declaration during the inauguration ceremony of new members of the institution’s Anti-Corruption and Transparency Unit (ACTU) at its headquarters in Abuja recently by the Independent Corrupt Practices and Other Related Offences Commission (ICPC).

“We are more ICPC than ICPC in the fight against corruption because we have entrenched openness in the academic and admissions systems of this university”, he said.

Prof. Adamu advised the ACTU members to investigate reports of corruption, and also encouraged other staff members to shun corruption while blowing the whistle on any corrupt act they observe in the university’s system.

In his address at the event, the Chairman of ICPC, Mr. Ekpo Nta who was represented by Mr. Justin Kuatsea of the Corruption Monitoring and Evaluation Department (CMED) of the Commission charged the newly inaugurated ACTU members of NOUN to ensure that unethical practices did not occur in the institution and where they did, appropriate measures should be taken to deal with them.

He told the ACTU members that it was also their duty to carry out preliminary investigations on corruption allegations brought before them by staff members while working hand-in-hand with the management of the institution to promote best practices.

The ICPC boss further stressed that, for the university to achieve its goal of providing functional, cost-effective and flexible learning for all who seek knowledge, accountability and transparency must be put in place in its processes.

ACTU is an initiative of ICPC set up in Ministries, Departments and Agencies (MDAs) of government through a Federal Government circular to curb unethical practices that make corruption thrive at the workplace.