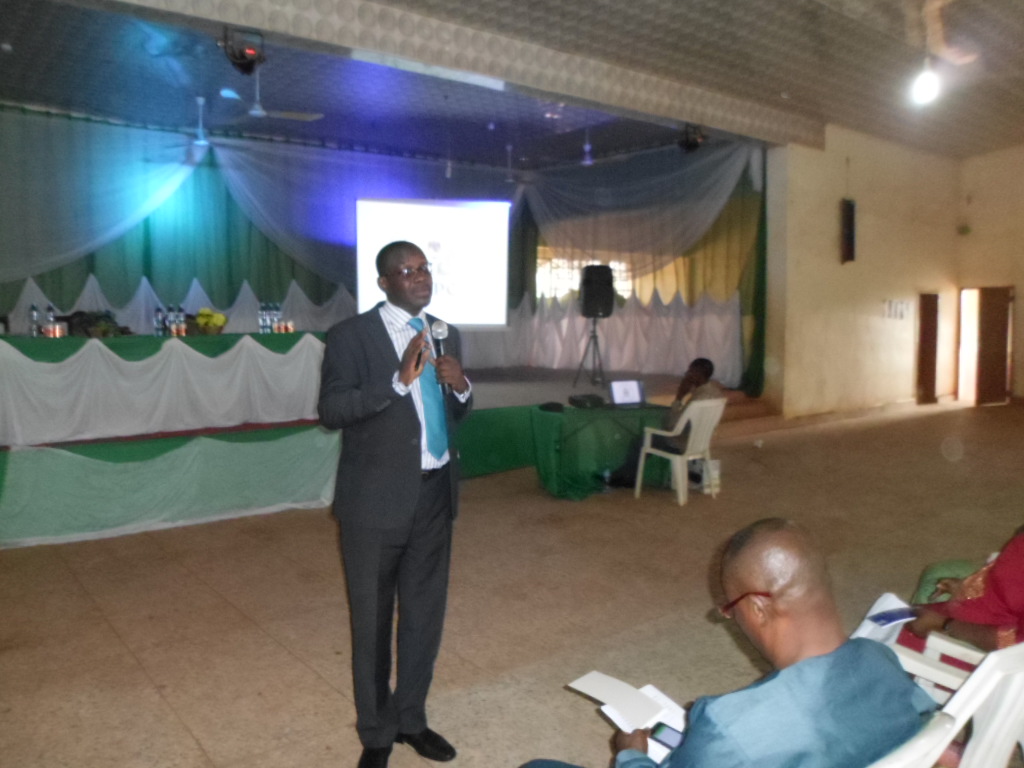 Teachers called to be Agents of Positive Change

This appeal was made by the Acting Chairman of the Independent Corrupt Practices and Other Related Offences Commission (ICPC), Alh. Abdullahi Bako at the workshop. The Acting Chairman was represented at the occasion by Mr. Akeem Lawal, a Deputy Director in the Commission.  He called on teachers to engage, inspire and impact students positively as they are the next generation of leaders, thinkers, and entrepreneurs, stressing that teaching at its core is both a moral and noble profession. The Acting Chairman said students depend on their teachers for moral development, which means that the teachers should set good examples worthy of emulation because their obligations transcend knowledge transmission and information dissemination

Earlier, while declaring the workshop open, the Permanent Secretary, Federal Ministry of Education, Mr. Sonny S.T. Echono, had said the Ministry was poised to redefine and reappraise current operations with a view to re-aligning them  with best practices and the change mantra of the present administration. He stated that the workshop was pursuant to their determination for constructive engagement and to keep the leaders of Federal Government Colleges abreast of evolving anti- corruption issues and strategies in the fight against corruption.

While noting that transparency and accountability in the workplace were paramount for efficient service delivery, Mr. Echono pointed out that practices that abuse the system and undermine acceptable norms should be shunned by the authorities. He said that a successful fight against corruption would ensure durable transformation of the education system, and by extension, a culture of integrity and sustained socio-economic development of the society would be entrenched.

In his remarks, the Acting Director, Reform Coordination and Service Improvement Department, Mr. Ezinwoke Sylvanus, lamented the falling standards in values and ethics in the public service due to inefficiency, misconduct and disrespect for constituted authorities which have undermined values and integrity in the workplace. He said the rot in the civil service was as a result of disregard for rules and regulations which could be attributed to unfriendly political environment and rapidly deteriorating socio economic fabric of the polity.

Delivering a paper on the topic, ‘Ethics, Integrity and Compliance in the Workplace” Mr Akeem Lawal, Deputy Director and Head of Department, Corruption Monitoring and Evaluation Department, ICPC, Abuja said corruption thrives in an environment where institutional rules, procedures, sanction and reward system and the general regulatory compliance are deliberately compromised to serve private advantage by those who have the responsibility to do otherwise. According to him, integrity in education systems is the consistent application of actions, values, methods and principles that lead to equitable access to good quality education, the professional treatment of staff and sound management of resources and effective prevention and detection of malpractice and corruption.

Mr. Lawal proposed that Ethics and Integrity should be instituted in the workplace by identifying and choosing the positive values to be promoted, putting policies in place to support the values and developing a Code of Conduct/ Ethics based on statutes, but adapted to the peculiarities of the organisation. He said the essence of appropriate Ethics, Integrity and Compliance in the workplace is to improve efficiency and effectiveness towards achieving the overall objective of the organisation.

The programme ended with a lively interactive session where participants’ questions were answered satisfactorily.