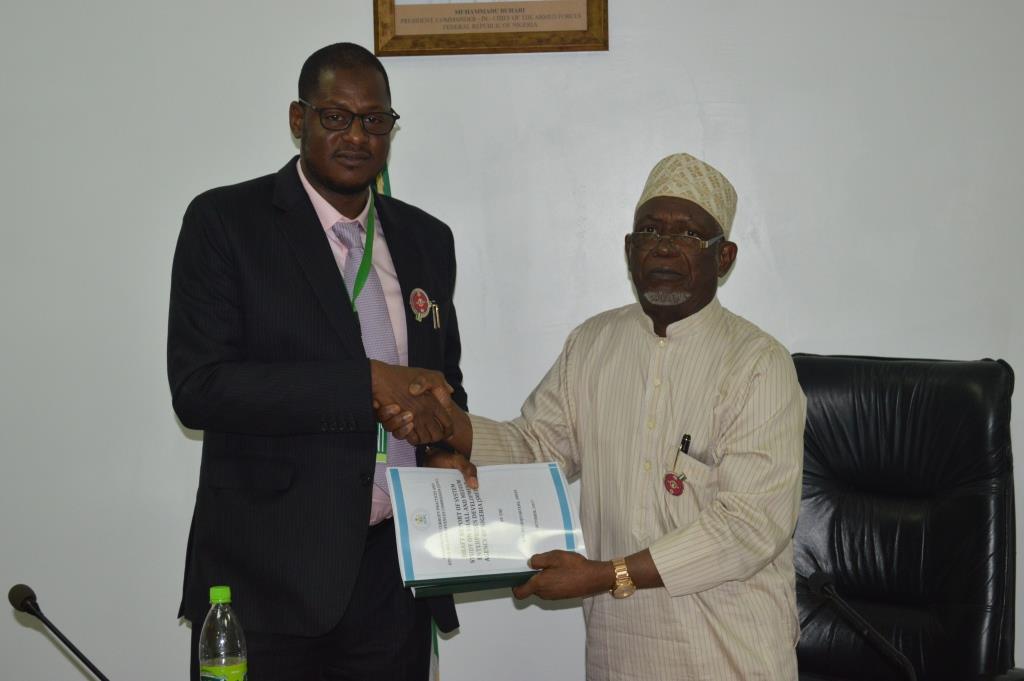 System Study: ICPC Presents Report on SMEDAN to Its DG

Acting Chairman of ICPC, Alhaji Bako Abdullahi, while presenting the report at the Commission’s headquarters in Abuja stated that “Section 6(b) of the Corrupt Practices and Other Related Offences Act, 2000 has given ICPC the power to examine the practices, systems and procedures of public bodies, and where, in the opinion of the Commission, such practices, systems or procedures aid or facilitate fraud or corruption, to direct and supervise a review of them.”

Abdullahi explained that “the  aim of the study is not to prosecute anyone but  to look at your system; the way it operates; what is lacking; and whether there are areas that management is not aware of which may be contrary to the fight against corruption.” He added that the agency was expected to look at the findings of the report and respond accordingly.

Mr. Jude Okoye, leader of the team that conducted the study, in his presentation said that the study revealed that there were lapses in the SMEDAN’s compliance with relevant government regulations and laws such as Financial Regulation, Revised Version 2009; SMEDAN Act, 2004 the Corrupt Practices and Other Related Act, 2000; Public Procurement Act, 2007; Federal Character Commission Act, 1996, as well as federal government circulars and policies.

He added that “Having carried out this study, from our score, SMEDAN got 50.35% and therefore requires improved systems that are not susceptible to corruption. The exercise has indeed revealed some of the system vulnerabilities why SMEDAN may not deliver on its mandate, and we believe that a collaborative review and implementation of the recommendations from findings of the study will go a long way in plugging the leakages and strengthening the processes that will address observed lapses in SMEDAN.”

In his response, Dr. Radda opined that System Study was a very positive way of curbing corruption in Nigeria. He added that it strengthens systems and will make it difficult for anybody to steal even when funds are available.

He assured the Commission that they would critically examine the report and make appropriate amendments.