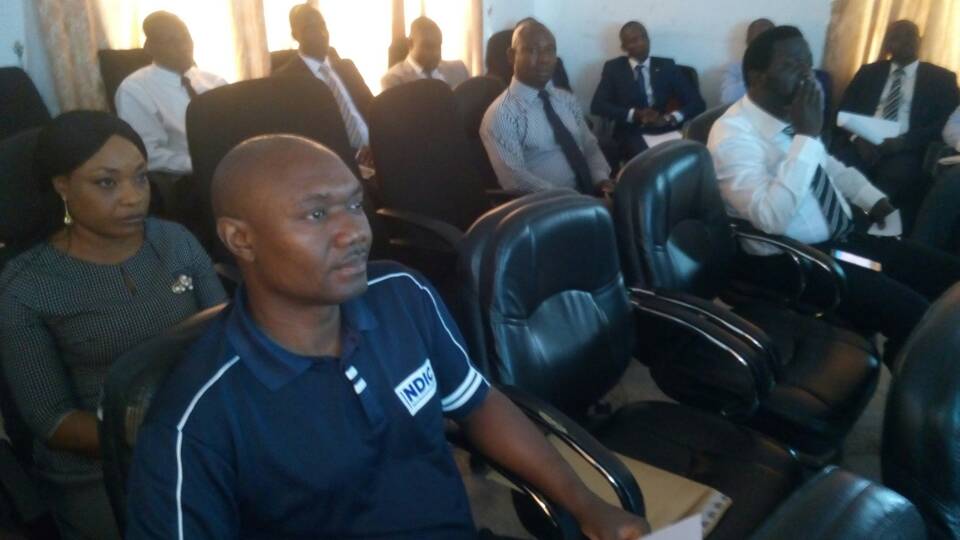 Staff of the Nigerian Deposit Insurance Corporation (NDIC), have been charged to uphold and exhibit high ethical standards in the discharge of their duties at all times because of the critical role the organisation plays in Nigeria’s banking sector.

Mr. Akeem Lawal, Head of Investigation Department of the Independent Corrupt Practices and Other Related Offences Commission (ICPC), gave the charge recently during a sensitization workshop organized by the Anti-Corruption and Transparency Unit (ACTU) of the corporation at the zonal office of the NDIC, in Port Harcourt.

He said, “As regulators of the nation’s financial institutions where people’s fortunes are saved, members of staff must always strive to uphold high ethical standards so as to increase and sustain confidence in the system.”

Lawal, while presenting a paper titled: “Ethics, Integrity and Compliance in the Workplace” stated that ethics and compliance were needed in building cohesion, communality and inclusiveness in the workplace. He added that participants must comply with the extant rules and regulations in the conduct of their duties as stipulated in the Corrupt Practices and Other Related offences Act, 2000; EFCC Act, 2004; Public Procurement Act, 2007; Money Laundering Act, 2011; as well as the Freedom of Information Act, 2011.

Earlier in his remarks, the Zonal Controller of NDIC in Port Harcourt, Mr. Uduak Essien, called on participants to take advantage of the training in order to be better equipped to support the Federal Government’s anti-corruption drive.

The zonal controller also stated that over the years, NDIC had paid close attention to the issues of corruption because the banking sector was a key player in the nation’s economy and corruption ought not to be allowed to thrive in it.

Essien maintained that the fight against corruption must be sustained in order to foster sanity, integrity and compliance in the financial sector.