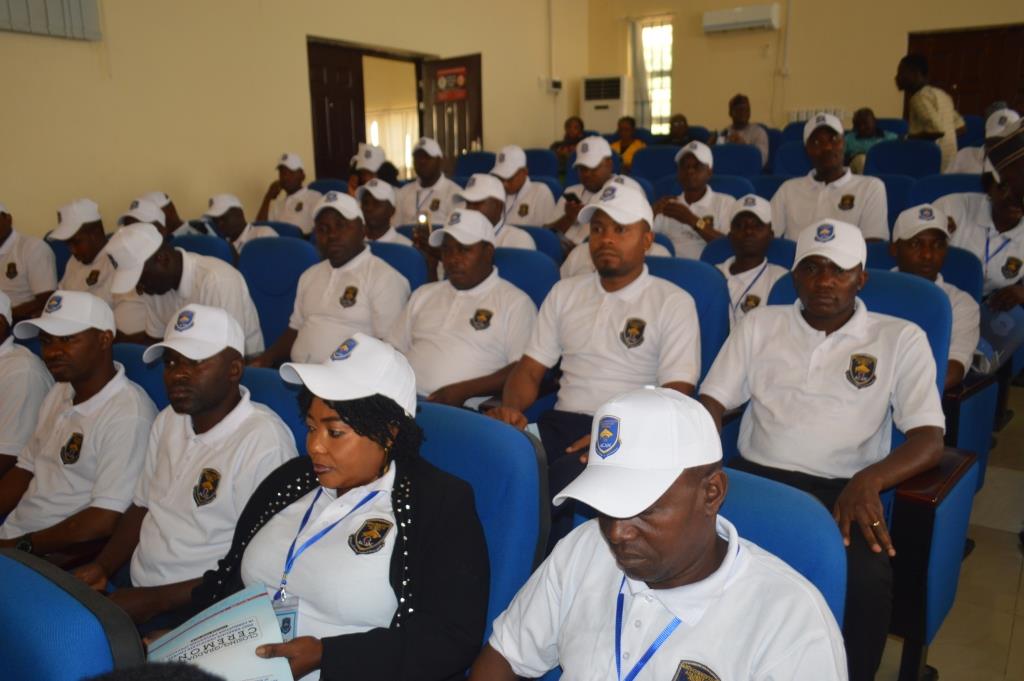 No fewer than 50 officials from various state and federal government agencies were recently awarded Post Graduate Certificate in Corruption Prevention by the Anti-Corruption Academy of Nigeria (ACAN), the research and training arm of Independent Corrupt Practices and Other Related Offences Commission (ICPC).

The corruption prevention course is the Academy’s first post-graduate course which has been designed to provide participants with the necessary proactive skills in corruption detection and prevention.

In his speech at the graduation ceremony which took place in ACAN, Keffi, Nasarawa State, the Acting Chairman of ICPC, Dr. Musa Usman Abubakar, congratulated the graduands for successfully completing the course while urging them to internalize all the knowledge they had acquired and ensure it reflected in their duties.

Dr. Abubakar commended the former ICPC Chairman, Mr. Ekpo Nta, who was present at the occasion, along with his Board members. He said: “I assure you, sirs, that your dream of transforming the Academy to a regional Anti-Corruption Academy for Africa will be a reality in no distant time. . . As I am talking to you now, arrangements have been made to build additional structures, such as a 5,000 capacity auditorium and a befitting 50-room hostel of a 3-star hotel standard.”

Earlier, the Provost of ACAN, Prof. Sola Akinrinade, had drawn attention to the significance of the event. He said: “this Academy from its inception in the year 2015 to date has trained no fewer than 8,000 participants through sensitization programmes and various training activities, mostly for a short duration of one day to a week. This Post Graduate course in Corruption Prevention is the first long duration programme in the Academy which lasted for a month.”

Prof. Akinrinade further explained that the course was supported by the United Nations Office on Drugs and Crime (UNODC), in terms of content design and materials in order to address the problem of Nigerians travelling abroad for such courses. While pledging support for the National Anti-Corruption Strategy of the Federal Government, he appealed for corporate sponsorship of participants and commended the United Nations Development Programme (UNDP), First City Monument Bank (FCMB) and SIEMENS for their contributions to the success of the programme.

His Royal Highness, the Emir of Keffi, Alhaji Dr. Shehu Chindo Yamusa III, in his remarks, appealed to ICPC to remain focused, pro-active and productive in addressing the issue of corruption in Nigeria.

He also had words of exhortation for the graduands, parents and managers of educational institutions: “I make bold to say that today’s occasion is great, superlative and productive. It is a frank statement that the graduating students must stand firm in being role models in their various places of work. I will equally not forget to call on managers of the educational system and parents to tackle the issue of corruption in schools, because the chain reaction is deadly.”

In a vote of thanks on behalf of the graduating students, the best over-all student, Mr. Isa Mansur Bello of the Kano State Public Complaints and Anti-Corruption Commission (KAPCACC), thanked ICPC for providing courses of international standard at ACAN. He assured that “we the participants will put into effective use all that we have learnt in this course.”

He however appealed to other states and local governments to sponsor their officials for the subsequent editions of the course, noting that Kano State was the only state in Nigeria that participated apart from Federal Ministry of Transportation, Petroleum Equalization Fund Management Board, Nigerian Ports Authority, and Federal Inland Revenue Service.

The graduation ceremony attracted the presence and representation of eminent personalities and corporate entities including the Governor of Kano State, Alhaji Umar Ganduje, ICPC spokesperson and Head of Public Enlightenment, Mrs. R. A. Okoduwa mni, Heads of Departments and management staff of the Commission, former ICPC Chairman, Mr. Ekpo Nta and some of his board members:  Alhaji Ozi Salami, Dame Julie Nwariakwu, and Prince Abdullahi Ado-Bayero.  Also present at the occasion were representatives of corporate entities such as the British Council, SIEMENS and CISLAC.