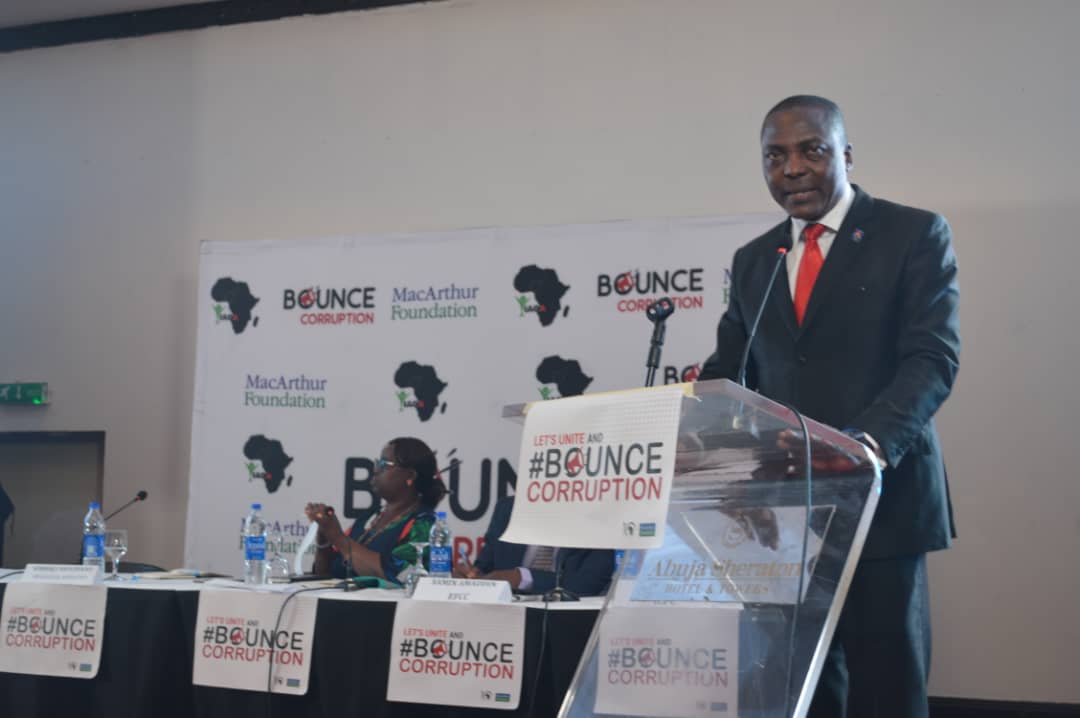 Acting Chairman of the Independent Corrupt Practices and Other Related Offences Commission (ICPC), Dr. Musa Usman Abubakar, has commended the Youth Initiative for Advocacy, Growth and Advancement (YIAGA Africa), together with the MacArthur Foundation for investing so much energy, time and resources to organize an anti-corruption debating competition for tertiary institutions across the nation.

Dr. Abubakar made the commendation recently through the Assistant Director, Public Enlightenment Department of ICPC, Edet Ufot, while delivering a goodwill message at the grand finale of the Bounce Corruption Integrity Debate Competition for Students of Tertiary Institutions in Nigeria which took place in Abuja recently.

The ICPC Chairman also used the opportunity to call on other organisations to emulate the noble example of YIAGA Africa  by organizing similar events which he said would help to instill and inculcate the virtues of integrity, accountability, and transparency in the youths of Nigeria thereby ensuring a brighter and more prosperous future for the country.

He also commended the participants from 24 universities across the country who had gone through the rigours of the zonal championships and emerged victorious to participate in the grand finale.

Earlier in her opening remarks, Cynthia Mbamalu, Programme Manager, YIAGA, said that the aim of Bounce Corruption was to harness voices of young people especially students against corruption.

She added that corruption was not an issue to be left for government to tackle alone. “It has become an issue that every citizen becomes conscious and concerned about and that is what Bounce Corruption is about,” she said.

She further explained that Bounce Corruption was also aimed at mobilizing citizens across the different states of the federation to begin to ask critical questions, demand for accountability, and lead the fight against corruption.

Mbamalu added that the best ways to mobilise citizens in the fight against corruption was to start with the young people because they are vigorous and have a major stake in the wellbeing of the nation.

“We have longer years to live, meaning that if we do not address the issues of corruption now, we will live to bear the brunt of a system that is failing,” she said.

The climax of the event witnessed presentation of awards to the overall winners and runners-up.

At the end of the debate, University of Ilorin contestants who spoke in favour of the motion that “Nigeria’s Present Anti-Corruption Campaign is being Compromised by Political Considerations” emerged as the overall champions, followed by the University of Lagos which opposed the motion.

Federal University of Technology, Owerri which also opposed the motion came third, while the fourth position went to the University of Calabar.