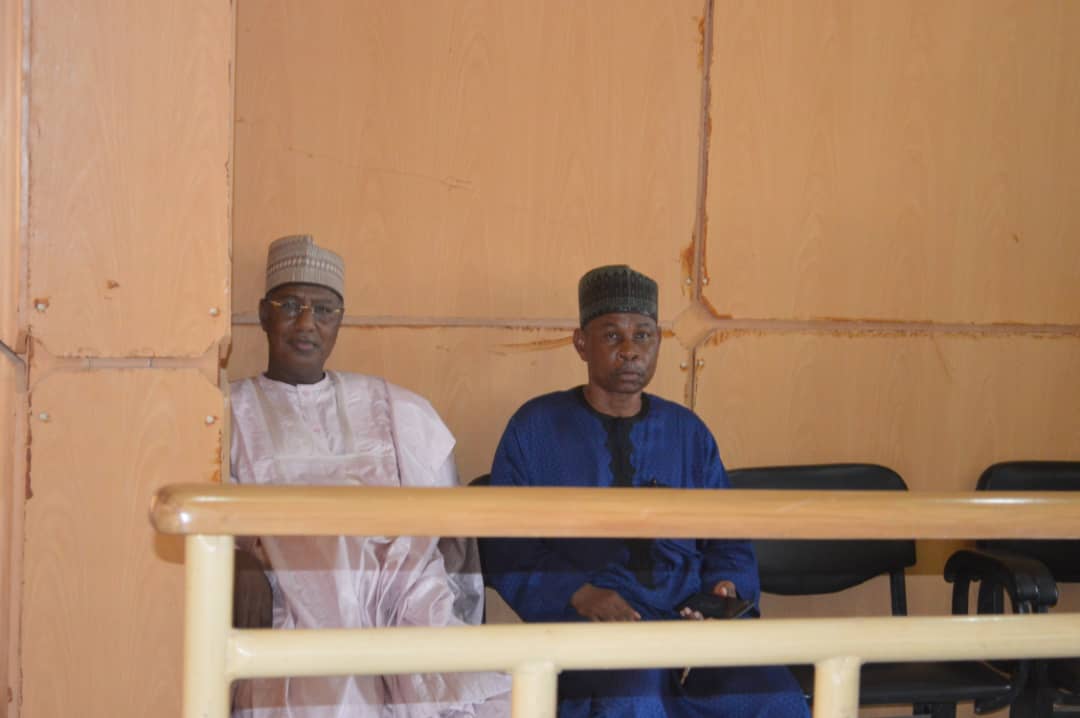 The immediate past Governor of Kebbi State, Alhaji Saidu Usman Nasamu Dakingari, has been docked before Honourable Justice Ismail Haruna Bashir of Kebbi State High Court 2, sitting in Birnin Kebbi, by the Independent Corrupt Practices and Other Related Offences Commission (ICPC) for alleged misapplication of the sum of N1,094,320,000.00  belonging to the State.

The former Governor was accused of conniving with the then Commissioner of Finance, Mohammed Bello Tunga and the Secretary to the State Government (SSG), Alhaji Garba Rabiu Kamba to defraud the State of the sum of N349,475,000. The fund was meant for the provision of power generators and “other logistics” for all polling units in Kebbi State for the 2015 general elections.

Tunga and Kamba are already facing prosecution by the Commission at the Kebbi State High Court. However, immediately after the commencement of proceedings today (03/10/2018), the court was informed that Tunga, the former Commissioner of Finance had passed on. Consequently, the prosecution counsel by way of oral motion prayed the court to strike out the late commissioner’s name, which was granted.

Alhaji Dakingari, who was the state governor between 2007 and 2015, was further accused of conspiring with his political associates to misappropriate the sum of N430,000,000 which was released to provide logistics support for security agencies during the 2015 general elections.

The two-time Kebbi State Governor was also charged of siphoning N315,000,000 which was approved and disbursed to enable Imams and Mallams organize sensitization and enlightenment programmes  against religious incitement of supporters for the 2015 general elections in the 21 Local Government Areas of Kebbi State.

However, ICPC’s investigation activities revealed that the said amounts were shared among his political allies as no power generators were purchased nor was any Imam or Mallam among the beneficiaries of the sensitization money.

The former governor was therefore arraigned on a 6-count charge of offences bordering on criminal conspiracy, theft, conferring corrupt advantage on political cronies and using position for gratification.

In a Charge No: KB/HC/27C/2017, ICPC’s counsel Elijah Akaakohol, averred that the defendant’s actions were contrary to and punishable under sections 19 and 26 (1) (c) of the Corrupt Practices and Other Related Offences Act, 2000. If found guilty, he shall, on conviction, be liable to a term of 5 years imprisonment without an option of fine.

He pleaded not guilty to all the charges preferred against him when they were read out to him.

Counsel to the accused person, Asiwaju Adegboyega Awomolo, SAN, through a written application, sought the relief of the court to grant his client bail.

Bail was granted to him in the sum of N10m and one surety in like sum who must be resident and possess property worth N10m within the jurisdiction of the court.

The case has been adjourned to 4th and 5th December 2018 for trial to commence.