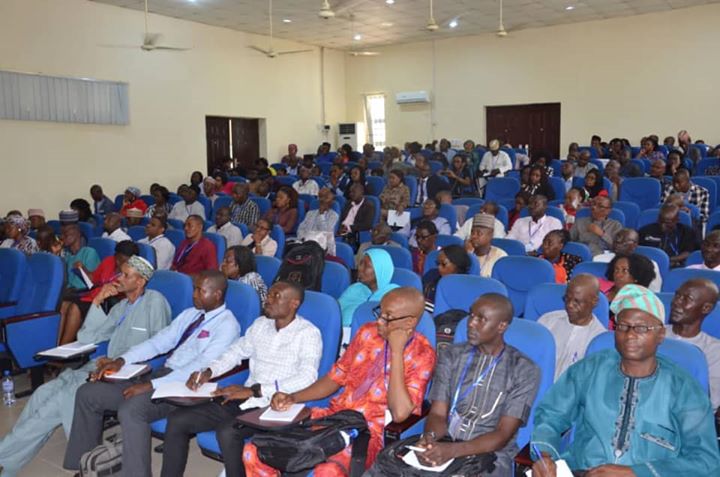 Two Hundred and Twenty-Seven members of the Anti-Corruption and Transparency Units (ACTUs) drawn from different agencies of government across the Federation have undergone a 3-day anti-corruption training at the Anti-Corruption Academy of Nigeria (ACAN), Keffi, the research and training arm of the Independent Corrupt Practices and Other Related Offences Commission (ICPC).

The training titled, Effective Study and Review of Processes, Practices and Systems to Achieve Corruption-Free MDAs was in line with the Academy’s mission of enhancing multi-disciplinary approach to the fight against corruption, and was aimed at re-focusing attention on building the capacity of ACTU members to deepen the government’s anti-corruption crusade.

In his welcome address during the opening ceremony, the Provost of the Academy, Professor Sola Akinrinade, who was represented by the Commissioner in charge of Training, Uloma Olekanma, explained that “…while effort was made to attach system study experts from ICPC to Ministries, Departments and Agencies (MDAs) to assist with the process, it became evident that the capacity of many ACTU officials needed to be built in this regard.

‘It was for this reason, among others, that the workshop was planned for this year.”

Professor Akinrinade further stated that building the capacity of ACTU members had become imperative because they were viable partners in the war against corruption.

He therefore enjoined them to make the best use of the 3-day training to enhance their performance as ACTU members in their various organizations.

The Provost also urged the participants to use their role as ACTU members to complement the work of the Commission in enlightenment, investigation and system study activities, noting that with their effort, the work of the anti-corruption agencies particularly that of ICPC, would be made much easier.

The participants were exposed to detailed analyses on how to conduct system study and review; and Corruption Risk Assessment in their various MDAs.

It is worthy of note that since the inception of ACAN, the academy has been hosting basic and applied research on anti-corruption in Nigeria and has now proposed a fellowship study which would lead to the certification of fellows.