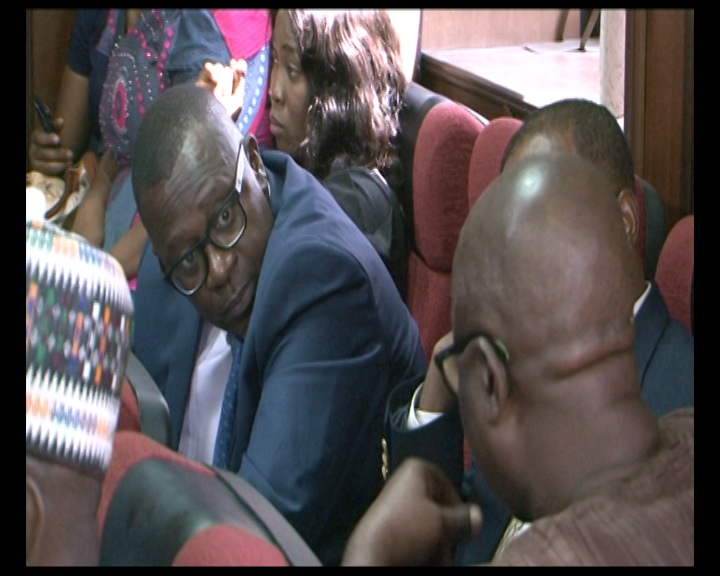 The immediate past Minister of Information and Culture, Lai Mohammed, has been scheduled to appear before a Federal High Court, Abuja, to explain his role in the alleged misapplication of N2.5 billion Federal Government Digital Switch-Over (DSO) programme.

The planned appearance of Mohammed was revealed by the Independent Corrupt Practice and Other Related Offences Commission (ICPC), which  is prosecuting the Director-General of the National Broadcasting Commission (NBC), Ishaq Modibbo Kawu, over an alleged abuse of office and money laundering.

ICPC had filed a 12-count charge before Justice Folashade Ogunbanjo-Giwa, against Kawu, Lucky Omoluwa and Dipo Onifade, the Chairman and the Chief Operating Officer of Pinnacle Communications Limited respectively,  saying that the NBC Director-General misled the former Minister into approving government funds to be paid to a private company.

The former Minister’s involvement had come under questioning following the discovery by ICPC during investigations, that a government White Paper that governs the execution of the DSO programme was allegedly flouted by the head of NBC.

Mohammed had however admitted in a statement to the Commission that he was misled by Kawu, as stated in court by a witness from ICPC, Osanato Olugbemi.

Olugbemi, led in evidence by counsel to ICPC, Henry Emore, had also told the court that the payment of N2.5 billion from NBC to Pinnacle Communications Limited as seed grant was suspicious because ICPC had found out through its investigations that only government-owned companies were approved to benefit from the grant according to the White Paper.

The court also heard that the processes that led to the final payment of the fund to the private company were shrouded in secrecy as revealed by the minutes from an NBC emergency board management meeting where issues of carriage fees owed Pinnacle and not seed grant was discussed.

He told the court that 47 suspicious transactions were originated by the Chairman of Pinnacle Communications, Omoluwa, immediately after the receipt of the funds on June 2, 2017.

The transactions included payments of N363 million to one Idowu Olatunde, N274.4 million to one James Segun and N127 million to Dipo Onifade, the Chief Operating Officer of the company.

He informed the court that Omoluwa refused to explain the reasons for the payments to Olatunde and James when asked by ICPC, but Onifade explained that he received the N127 million as legal fees he rendered to Pinnacle Communications Limited.

Daura added that the sums were converted into $265, 000 and $195, 735 respectively, at the rate of N360 to an American dollar, and handed in cash to one Alhaji Sabo, supposedly on behalf of Pinnacle Communications.

Counsel to the accused persons, Alex Iziyon (SAN), A Yusuf and A. V. Etuwewe for Omoluwa, Onifade, Kawu and Pinnacle Communications respectively, took turns to cross-examine both witnesses after which the matter was adjourned by the trial judge to July 1, 2019 for continuation of trial and ruling on two pending motions.