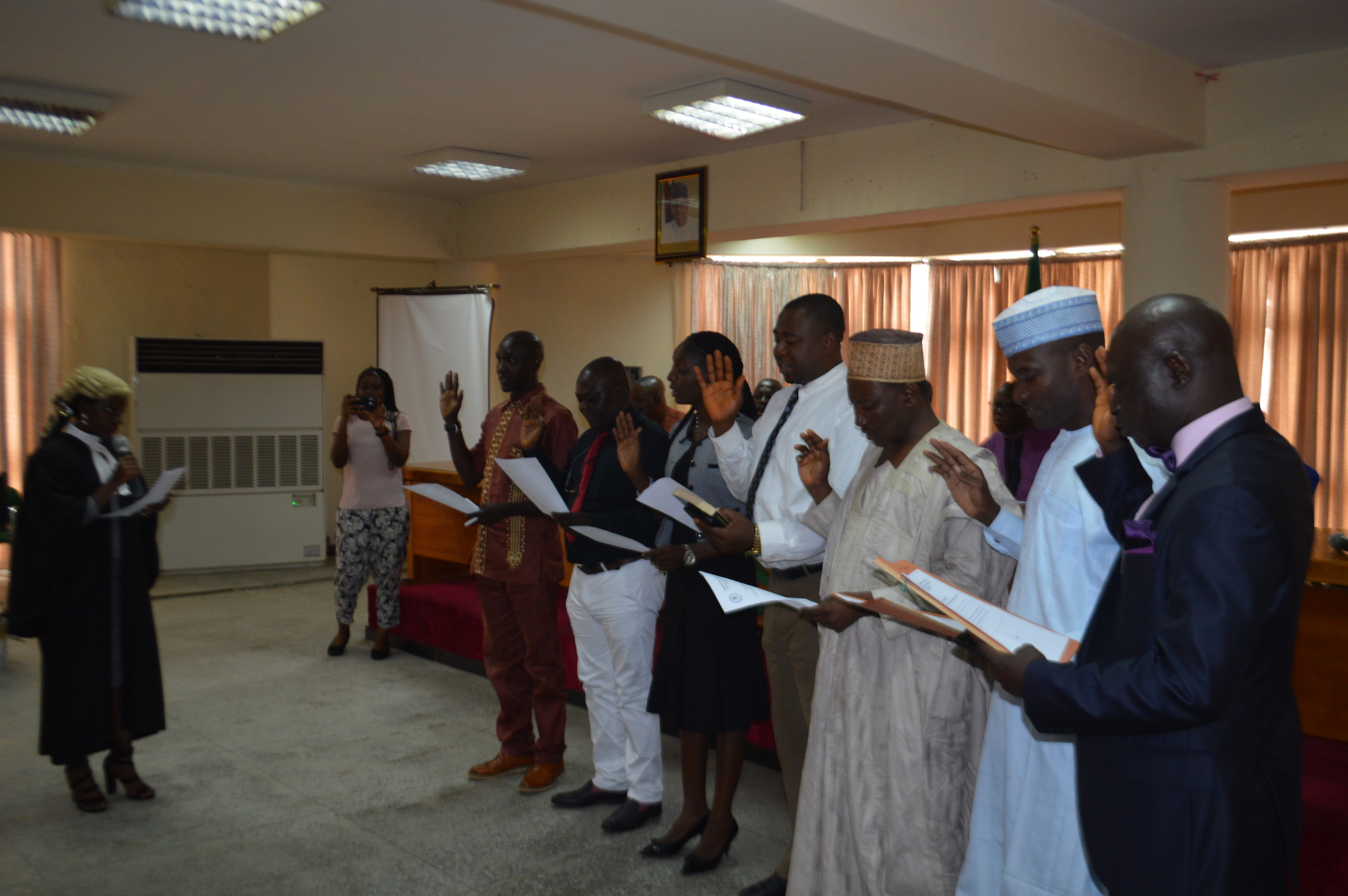 Efforts by the Independent Corrupt Practices and Other Related Offences Commission (ICPC), to institutionalise integrity, transparency and accountability in Ministries, Departments and Agencies (MDAs) of the Federal Government, through the establishment of the Anti-Corruption and Transparency Units (ACTU) has been described as a constitutional obligation of the state.

The new ACTU Chairman of the National Commission for Colleges of Education (NCCE), Mainasara Ibrahim Kogo Umar, gave this description in his remarks at the swearing-in ceremony of the ACTU members of NCCE in Abuja, recently.

Umar, who spoke on the need for the institutionalization of integrity in the public workplaces to reduce the problem of corruption in the country, stated that the 1999 Constitution (as amended) and a government circular on ACTU were sufficient constitutional justifications for ICPC’s intervention programmes in MDAs.

He said “Section 15(5) of 1999 Constitution (as amended) clearly states that: the state shall fight all forms of corrupt practices and abuse of powers. . . Furthermore, Section 24(a, b and c) says it is the duty of the citizens to support all government programmes such as anti-corruption; support constituted authorities like ICPC; and respect the instrument of government such as ACTU and ACTU Standing Order, anti-corruption messages etc.”

Speaking further, he decried the negative public perception on the fight against corruption. According to him: “fighting corruption is a ‘dirty game’, because if you decide to fight corruption you will become the enemy of many people. Even at the family level, if you insist on the right thing being done, family members will avoid you in decision-making.”

Umar therefore called on ICPC and the management of NCCE to give the Unit all necessary support. He also urged members not to be scared; rather they should consider their appointments as personal sacrifice and a rare privilege to serve the nation as agents of change.

Earlier the Executive Secretary of NCCE, Prof. Bappa-Aliyu Muhammadu, who was represented by the Director of Physical Planning and Development Department, Mr. Jonathan Achumie, had indicated he had no illusion that fighting corruption would be an easy task, but that he was optimistic that the public service and indeed Nigeria would successfully be at the next level with determination and proper deployment of the appropriate legal instruments.

According to him “serving as a member of ACTU is a big task, I therefore urge and plead with you to take this assignment very seriously. Play by the rule, carry the staff along so that it will be our collective responsibility to take this country to the next level.

‘Management on its part will ensure that the Unit gets the necessary cooperation it requires to function.”

On his part, the ICPC Chairman Prof. Bolaji Owasanoye, who was represented by Mr. Justin Kuatsea, of the Corruption Monitoring and Evaluation Department (CMED), had informed the gathering that the fight against corruption was not for ICPC alone, but for all MDAs and the public.

Had said: “The operation of ACTU in NCCE constitutes part of the efforts being made by ICPC to domesticate the fight against corruption in institutions of government across the country.

‘It is our hope that with the attainment of our joint objectives, we shall all reap the benefits of the positive legacy of zero tolerance to corruption which we are building today.”

The 7-man ACTU members who were sworn-in, have Mainasara Ibrahim Kogo Umar, as Chairman; and Mr. Wilberforce Astira, as Secretary and 5 other members while Ms. Uwa Joy Nanlop is the only female member.

Also in attendance at the event, were Mr. Charles Enomoh from the Federal Ministry of Education; acting Director of Personnel Management, Mr. Lawrence Aremu and over 200 members of staff of NCCE.