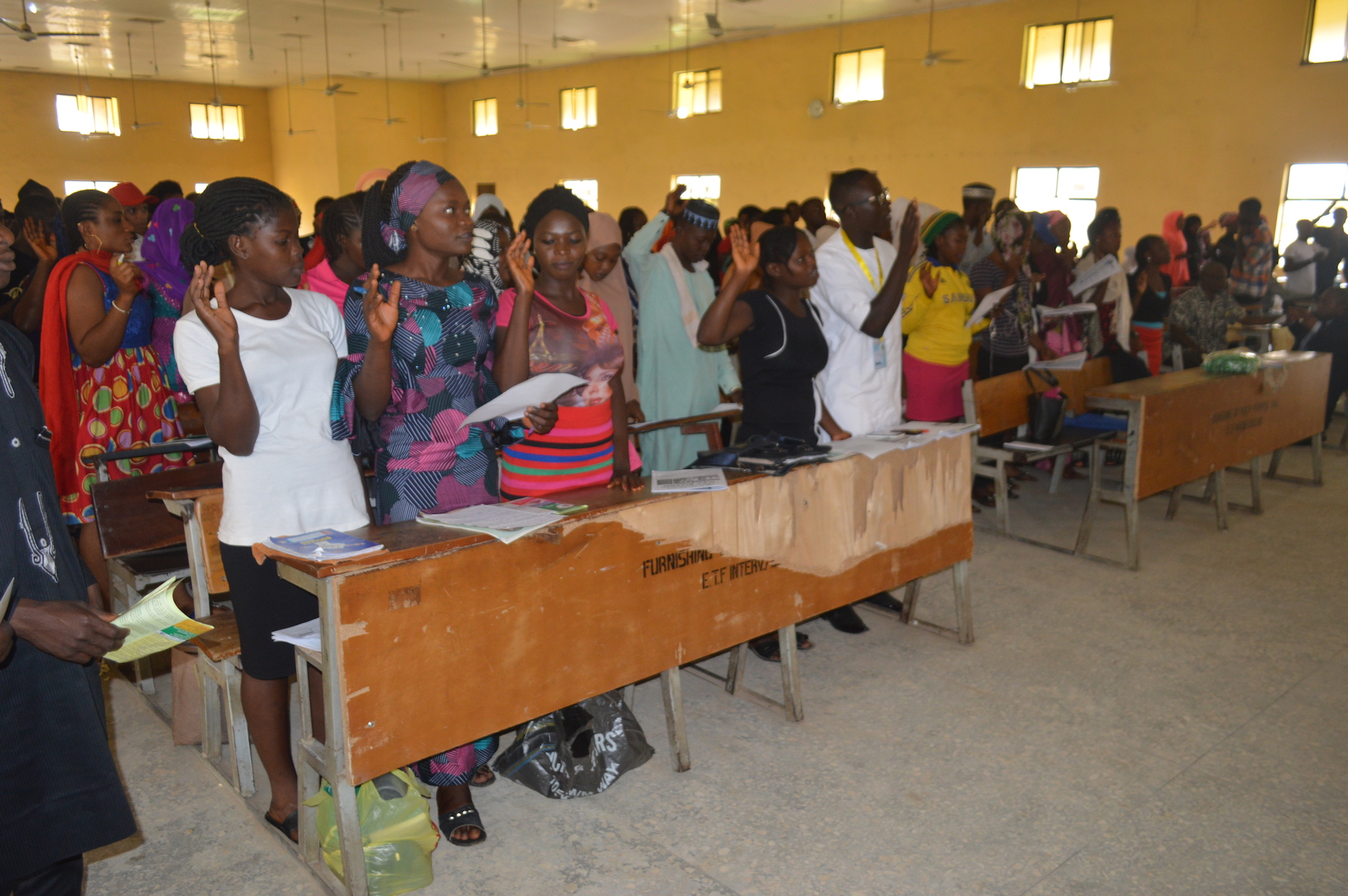 SAV is one of the Commission’s flagship initiatives for rallying and enlisting youths into the anti-corruption campaign in Nigeria.

During the inauguration, the ICPC Chairman, Professor Bolaji Owasanoye, who was represented by Mr. Ufon Umoh of the Education Department of ICPC described corruption as a ‘dream-killer’, and told the students that corruption can destroy their future if left unchecked.

He told the students, how corruption among the youths could affect them by giving them a bad name, and also denying them positions of leadership.

Prof. Owasanoye took time to explain, the causes, effects, and punishments associated with corruption, as well as what the students could do for the nation to have a corruption-free society.

The ICPC boss identified the various types of corruption among youths to include examination malpractice, falsification of certificates and records, lack of accountability to parents, sex-for-marks, internet fraud, and cultism, while calling on the students to desist from these vices.

He also cautioned them warning that if they did not fight corruption, it would fight them and their dreams.

The highpoint of the event, was the administration of oath to members of the College’s Anti-Corruption Vanguard (SAV).

In his own remarks, the Provost of the College, who was represented by the Deputy Provost, Mr. Hamza Ahmed Musa, praised ICPC for the inauguration, stating that it was timely and would go a long way in shaping the students in preparation for a future filled with citizens of integrity.

The SAV is active in many tertiary institutions spread across Nigeria. The vanguards engage in sensitization and enlightenment of the larger student bodies on anti-corruption, integrity and moral rectitude.