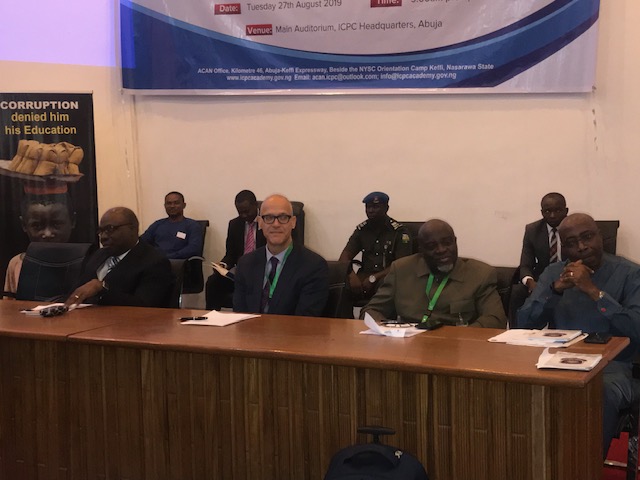 The Independent Corrupt Practices and Other Related Offences Commission (ICPC) is set to introduce a National Corruption Index as a means to help combat the problem of corruption in Nigeria.

Chairman of ICPC, Professor Bolaji Owasanoye, revealed this while speaking during the National Stakeholders’ Meeting on Nigeria Corruption Index and Presentation of Policy Brief on Eradicating Electoral Corruption at the Commission’s headquarters, Abuja, said that the index would help in the review of systems and operations of government agencies as well as enforcement.

Owasanoye, while also noting that Nigeria had made appreciable efforts in the fight against corruption in recent times, added that the corruption index would lead to policy reforms and foster inter-agency cooperation between ICPC and many other government agencies.

He said: “It could lead to system study and enforcement. You know you cannot prosecute anybody with research findings but at least, we can begin system study and then bring in enforcement where we have found issues of corruption with the introduction of the index.”

Also speaking at the occasion, the Registrar of the Joint Administration and Examination Board (JAMB) Professor Ishaq Oloyede, lauded the initiative saying it would help to reduce the incidence of corruption in the country.

The Head of JAMB also called for increased national consciousness against telling lies saying lying, which amount to under disclosure of events, is one of the root causes of corruption.

He said, “One critical aspect of corruption is lying, somebody not making correct disclosure, which I think is at the root of corruption.”

On his part, the initiator of the National Corruption Index and Provost of the Anti-Corruption Academy of Nigeria (ACAN), Professor Sola Akinrinade, said the intent of the index was not to counter other existing corruption measurement templates but to have domestic measuring indices peculiar to the country.

His words: “By embarking upon this initiative, we are not seeking to dismiss existing international and national measurements such as the National Bribery Index or Corruption Survey, rather, we seek to develop a comprehensive index that will address the complex and multidimensional nature of the problem.”

In his remarks, the former Chairman of ICPC, Mr. Ekpo Nta who is also the acting Chairman of National Salaries, Incomes and Wages Commission stated that Nigeria had shown tremendous contribution to the fighting against corruption and at the time have developed its own processes and initiatives on winning the fight.

Mr. Nta, who was Chairman of the occasion, said that the brief on vote-buying was targeted at cleaning up the electoral processes in Nigeria to make them more transparent, while the survey in tertiary institutions would help sanitise the higher education environment of corruption.