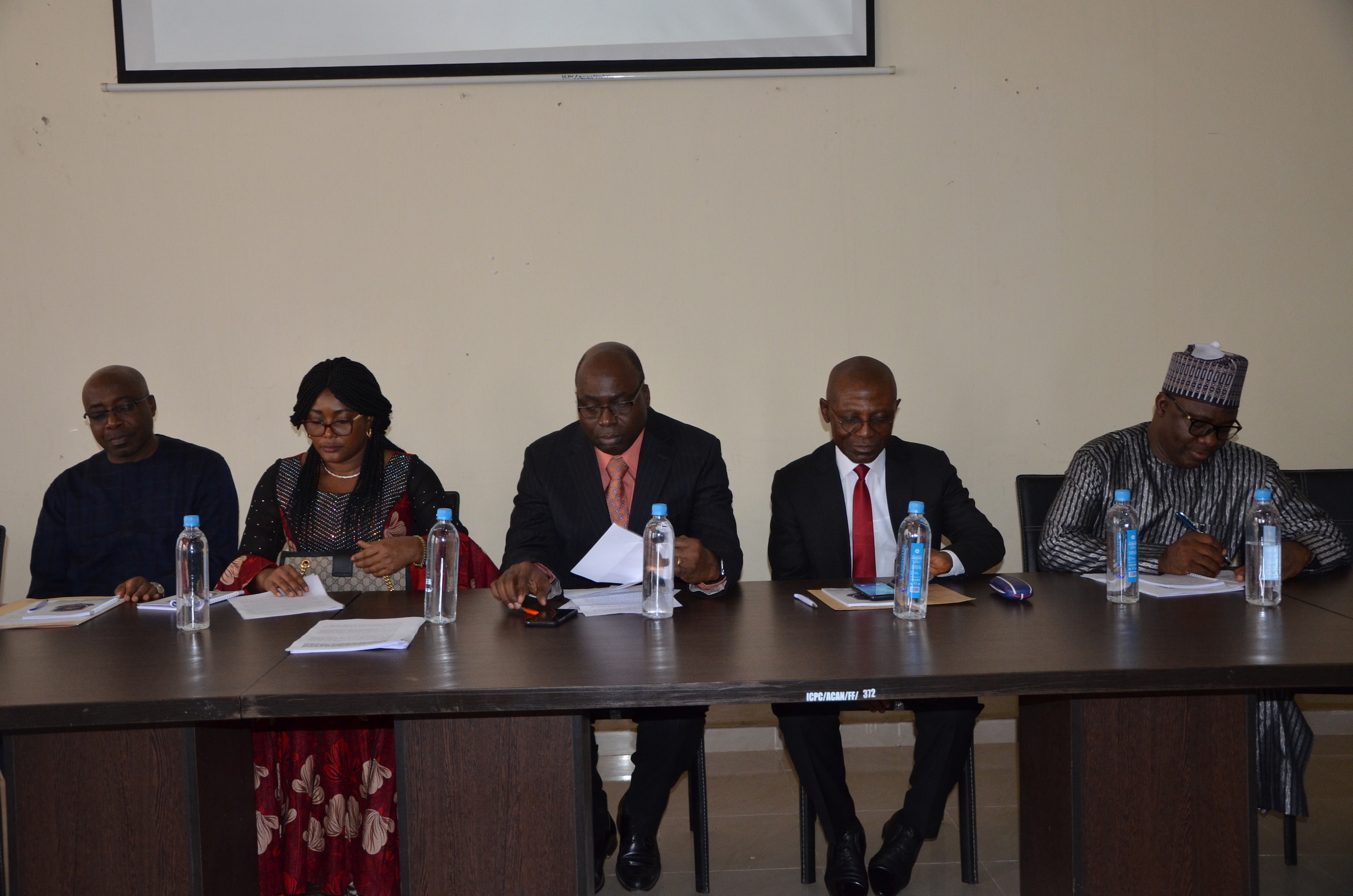 No fewer than 150 staff of Independent Corrupt Practices and Other Related Offences Commission (ICPC) and the Office of the Auditor-General of the Federation (OAuGF) are currently undergoing a comprehensive training programme preparatory to the official kick-off of a system study and review exercise of revenue-generating agencies in Nigeria in order to curb government revenue losses and leakages.

The training which is being held at the Anti-Corruption Academy of Nigeria (ACAN), Keffi, Nasarawa State offers the participants the opportunity to brainstorm on the best ways possible to undertake system study and review of mega government revenue-generating agencies such as the Nigerian National Petroleum Corporation, Nigeria Customs Service, Federal Inland Revenue Service, Nigerian Ports Authority etc.

The planned system study and review exercise is a result of the partnership wrought between ICPC and OAuGF.

Declaring the training programme open, ICPC Chairman, Prof. Bolaji Owasanoye, stressed the importance of the collaboration saying that the comprehensive training was in furtherance of the agreement between the two agencies to “join forces together in our next phase of the system study and review of revenue-generating agencies.”

The Chairman further stated that the collaboration intended to build on the great success of ICPC in its last system study and review exercise of Ministries, Departments and Agencies (MDAs) which led to the blocking of huge government resources that were at risk of being stolen or misappropriated.

Prof. Owasanoye also enjoined the participants to be governed by a common ethical standard, pointing out that the agencies to be reviewed sufferedl a lot of revenue leakages.

Speaking also during the opening ceremony of the training, the Auditor-General of the Federation, Mr. Anthony Ayine, emphasized the importance of the partnership, stating that Nigeria was already in the grip of corruption and needed a collective effort to free it.

“It is therefore clear that we can only curb corruption effectively by building partnerships, working together, strengthening collaboration and being united to fight it. It cannot be rooted out by any one single institution,” the Auditor-General noted.

Also, in his remarks, one of ICPC’s board members, Hon. Abdullahi Maikano Saidu, expressed concern over a growth in the nation’s revenue leakages from revenue-generating agencies.

He explained that blocking of Federal Government revenue leakages and loopholes would secure funds needed to finance the annual appropriation act, which would in turn lead to the provision of social and physical infrastructure, and the creation of employment opportunities, amongst others.

The system study and review report will enable the Auditor-General of the Federation to carry out a comprehensive audit on areas of concern that are likely to be identified during the exercise.