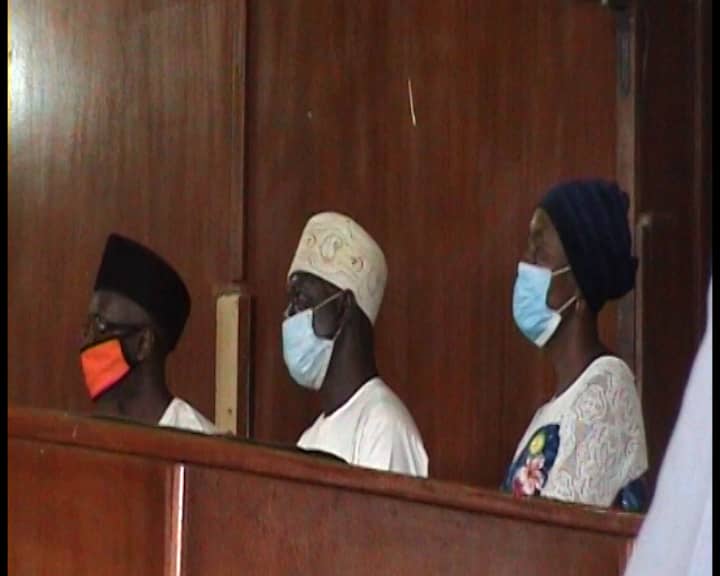 The Head of Payroll Department of the Federal Medical Centre, (FMC), Bida, Niger State, Sadiq A. Sadiq, has been arraigned before Hon. Justice Abdullahi Mika’ilu of High Court 4 sitting in Minna, Niger State by the Independent Corrupt Practices and Other Related Offences Commission, (ICPC), for allegedly inserting names of three ghost workers into the payroll of the Medical Centre.

Also arraigned before the trial judge were the Head of Internal Audit, Awesu M. Bababida, and one Ihuoma Mirian, a staff of the Centre.

In a three-count charge, the court was informed of how the trio colluded to use the ghost workers’ names and syphoned monies to the tune of N17, 517,967.34k (Seventeen Million, Five Hundred and Seventeen Thousand, Nine Hundred and Sixty Seven Naira, Thirty Four Kobo only), into personal use, knowing very well that the three names never existed.

The accused persons were also charged for using their position to confer corrupt advantage upon themselves.

Their offences are contrary to sections 19 and 26(1) (c) and punishable under Section 19 of the Corrupt Practices and Other Related Offences Act, 2000.

The Charge in part reads; “That you Sadiq A. Sadiq (M), Awesu M. Bababida (M) and Ihuoma Mirian (F) being public officers of the Department of Payroll and Audit Unit of the Federal Medical Centre Bida, Niger State sometime in October, 2015 to July, 2016 or thereabout within the jurisdiction of the Honourable Court did conspire among yourselves: to wit: inserting names of three ghost workers into the payroll of the Federal Medical Centre, Bida”.

All of the accused persons entered a “not guilty” plea when the charges preferred against them were read to them.

Counsel to the defendants therefore, by way of a written application prayed the Court to grant his clients bail which was not opposed by the prosecution counsel.

Justice Mika’ilu granted the accused bail in the sum of N5m each. They were also ordered to individually provide two (2) sureties with evidence of ownership of landed properties worth N5m each within the jurisdiction of the court, in addition to surrendering their travel documents.

The matter was adjourned to 6th October, 2020 for commencement of hearing.