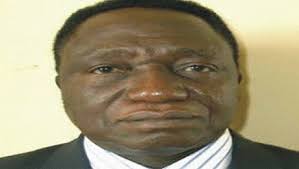 The former Registrar of the Joint Admissions and Matriculation Board, (JAMB), Professor Lawrence Adedibu Ojerinde has been arraigned by the Independent Corrupt Practices and Other Related Offences Commission (ICPC) on an 18-count charge bordering on abuse of office and fraud to the tune of N5 billion.

Ojerinde was arraigned before Hon. Justice Obiora Egwuatu of Court 9, Federal High Court, Abuja for alleged offences committed while he was in office as Registrar/Chief Executive of National Examinations Council (NECO) and also as Registrar of JAMB.

Facts contained in the proof of evidence signed by Ebenezer Shogunle, show that the accused had conferred corrupt advantages upon himself at different times while being Head of JAMB and NECO, thereby violating Sections 19, 24, 25 (1) (a) and (b) of the Corrupt Practices and Other Related Offences Act 2000 and Section 1 (1)(b) of the Advance Fee Fraud Act, 2006.

Part of the charge reads, “That you, Professor Lawrence Adedibu Ojerinde, on or about 11th March, 2003 in Minna while being a public officer charged with the administration and management of a Federal Government Agency, used your position as Registrar/Chief Executive of the National Examinations Council (NECO) to gratify yourself by corruptly converting the sum of N27million property of the Federal Government of Nigeria known as TEJUMOLA HOUSE, Ikeja, Lagos in the name of DOYIN OGBOYI INDUSTRIES LTD, a company in which you have a private interest and you thereby committed an offence contrary to and punishable under section 19 of the Corrupt Practices and Other Related Offences Act, 2000”

Another count reads, “That you Professor Lawrence Adedibu Ojerinde, on or about 16th February 2009, in Abuja used your position as Registrar of the Joint Admissions and Matriculation Board (JAMB) to confer corrupt advantage upon one Jimoh Olabisi Olatunde, a public officer, by instructing Zenith Bank Plc to open an account No. 1002833087 in the name of JAMB/J.O. Olabisi into which you subsequently diverted a cumulative sum of N2,769,083,044.04 (Two Billion, Seven Hundred and Sixty-Nine Million, Eighty Three Thousand, Four Hundred and Forty-Six Naira, Four Kobo) property of the Federal Government of Nigeria, and you thereby committed an offence contrary to and punishable under section 19 of the Corrupt Practices and Other Related Offences Act, 2000.

The accused person pleaded not guilty when the charges were read to him. Defence Counsel, P. A. Olorunnisola, SAN asked the court for bail for his client on medical grounds.

However, ICPC prosecution team had filed a counter-affidavit showing that the application did not carry any medical proof and that ill-health was not enough grounds for granting bail.

In his response, Olorunnisola prayed the court for adjournment to enable them respond to the affidavit by the prosecution.

In his ruling, Justice Egwuatu said the bail application will be heard on Thursday, 8th July, 2021 while the accused person, Ojerinde be remanded in Suleja Prison.