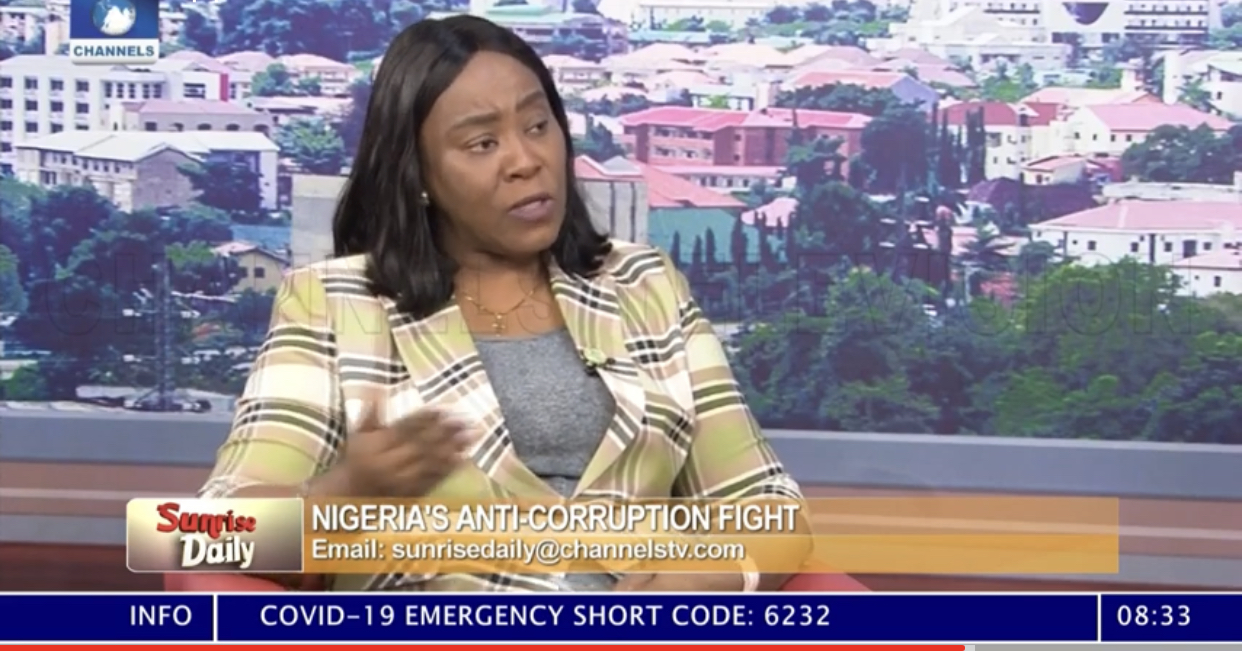 The Independent Corrupt Practices and other Related Offences Commission (ICPC) has said that recovery of monies lost through Illicit Financial Flows (IFFs) will aid the development of Nigeria.

This statement was made by the spokesperson of the Commission, Mrs. Azuka Ogugua, during an interview with Channels Television in commemoration of the African Union (AU) Anti-Corruption Day 2021 recently.

Mrs. Ogugua highlighted the process of tracking illicit funds to include tracing and identification of monies that constitute illicit funds, then recovery and repatriation of the loot, adding that it is a legal process which must be followed so as to prove beyond reasonable doubt that the funds were illegally acquired, transferred or utilized.

In her words, “it is a challenge which the Commission is battling with and still trying to sort-out”.

Also speaking on the impact of the AU Anti-Corruption Day, Mrs Ogugua, emphasized that the day does not end with the celebration, it brings to the fore the activities that had been done throughout the year, and makes recommendations on the way forward.

She said, “When we have a celebration like this, we are trying to showcase what we have done so far, over the years, and where we are going”.

She added that in 2017 to 2019, during the AU Anti-Corruption Day celebrations, there were several calls for African countries to have a common position on asset recovery, in the form of a standardized format to recover funds looted, without losing out in the process.

This call led to the adoption of a Common African Position on Asset Recovery (CAPAR) in 2020.

According to her, “This year, there is a lot of focus on illicit financial flows because if these funds are repatriated back to the country, they will really help in development. African countries are suffering from lack of funds, looking for loans all over the place whilst if these funds are repatriated, we will use them to develop our countries.”

“A case in point is the Abacha loot, the World Bank gave very stringent conditions, but the crux of the matter is that it is our funds.

“In CAPAR, we also give them some conditions – if you are keeping money that belongs to our country in your own country, when you are returning, like say $1bn stolen from Nigeria, you should not return $1bn to us; it has stayed with you for 10 years, you should put it in an escrow account so that it will yield interest. When you are returning it, you should return it in the real current value, but they don’t do that. So, they are giving us conditions which we are abiding by, but we need to give them some conditions, that is why there is need for a common African position.”

Speaking on the Corruption Perception Index (CPI) by Transparency International (TI), the Spokesperson revealed that, the Index was a collation of eight data-sources of independent studies. However, the anti-corruption agencies discovered that some of the data sources remained the same over the years, which means that TI has not changed the data with which it assessed Nigeria over the years.

Also speaking at the interview, Mr Sylvanus Tahir, Head of Legal and Prosecution Department of the Economic and Financial Crimes Commission, EFCC highlighted the duties of the EFCC as stipulated in its enabling law to include investigation, prosecution and sensitization of MDAs, adding that they want to have less media visibility and do more of the job.