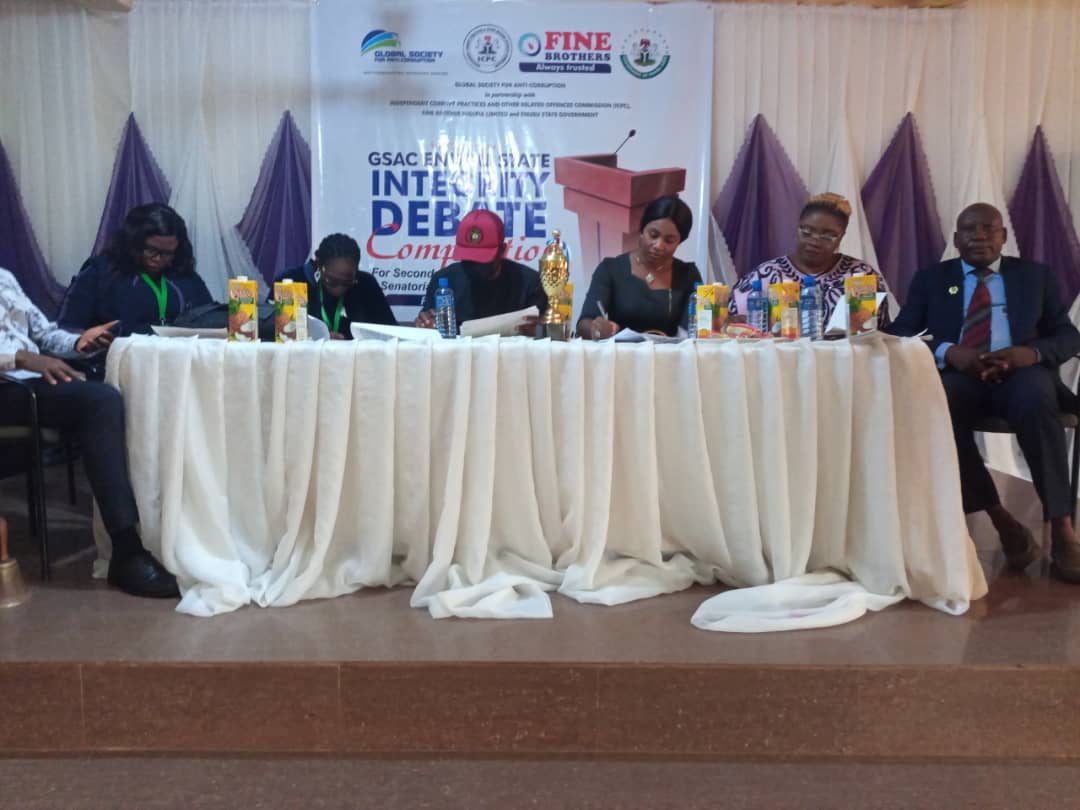 Using your Position for Personal Gain is Corruption– ICPC

The Independent Corrupt Practices and Other Related Offences Commission, ICPC has described as corruption a situation where an individual uses his official position for personal gains.

The Resident Commissioner, ICPC Enugu State Office, Amedu Sule, said this during the “Enugu State Integrity Debate Competition” recently organized by Global Society for Anti-Corruption (GSAC) in partnership with the ICPC, Enugu State Office for secondary schools in the state.

He pointed out that corruption has eaten deep into the fabric of the nation, adding that it denies us the opportunity of having social amenities.

The commissioner, who was represented by the Head of Public Enlightenment and Education, Mr. Suleiman Achile stated that though corruption is everywhere, it can be fought.

He insisted that corruption must be fought to a logical conclusion, adding that if the menace is not fought, it will affect the future of the youth and the nation.

The Country Director of GSAC, Mrs Amaka Nweke, in her remarks expressed worry over the alarming rate of corruption which she said had eaten deep into almost every Nigerian society.

Nweke called on all and sundry to join forces in waging war against the menace, expressing satisfaction with Governor Ifeanyi Ugwuanyi of Enugu State for being a consistent pacesetter in the promotion of anti-corruption in the State.

She noted that the theme of the event was deliberately centered around enlightening young people on issues concerning fighting corruption because of its adverse effect on the society.

According to Nweke, “The theme of this year’s Integrity Debate revolves around changing the corrupt practices narratives of Nigerians in our onward march to a corruption-free society.

She added that GSAC had in the past partnered with the government of the state and anti-corruption agencies, ICPC and EFCC, to drive home the message of integrity to the people of Enugu.