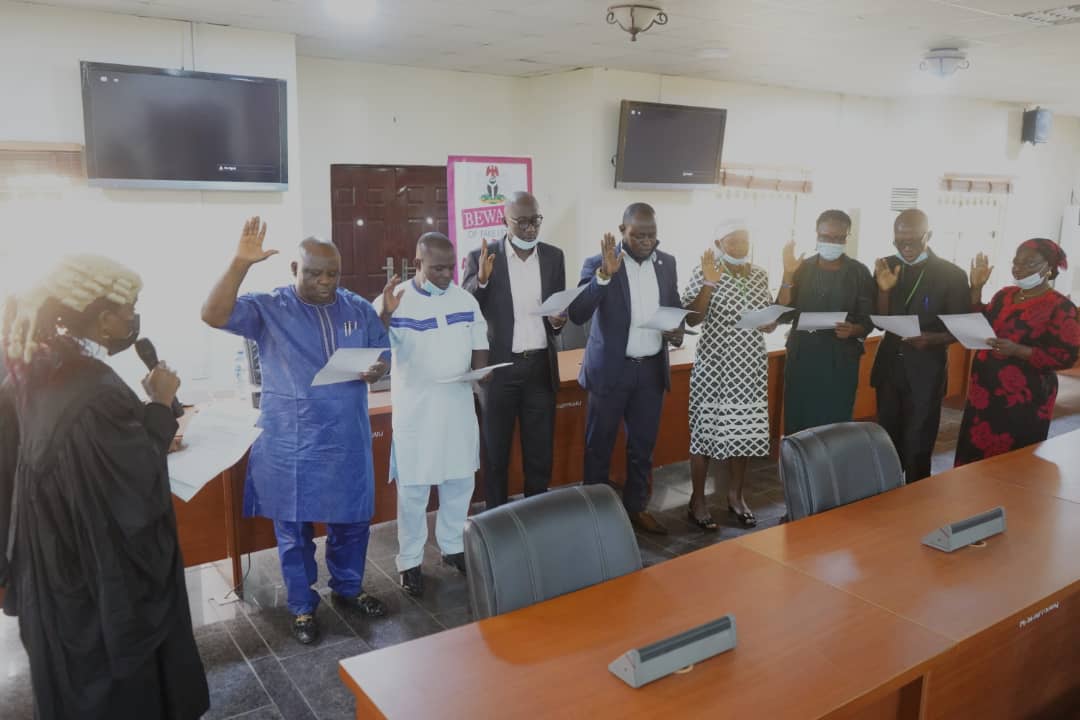 ICPC to stamp out Employment Racketeering in FCSC

The Permanent Secretary, Federal Civil Service Commission (FCSC), Mrs. Monilola Omokunmi Udoh, has expressed the hope that the Anti-Corruption and Transparency Unit (ACTU) of the FCSC, recently established by the Independent Corrupt Practices and Other Related Offences Commission (ICPC), would help curb the menace of employment- and promotion-racketeering in the commission.
The Permanent Secretary made the remark during the inauguration and induction ceremony of the ACTU members of FCSC.

According to her, “By the powers conferred on the ACTUs in MDAs, it will serve as the third eye of ICPC in the commission which I have no doubt, will put active surveillance on the illegalities being perpetrated especially with regards to recruitment and promotion racketeering in the commission.”

Mrs. Udoh noted that in view of the fact that the current chairman of FCSC, Dr. Tukur Bello Ingawa, mni, was a one-time Secretary of ICPC, they cannot afford not to accord ACTU maximum support.

“I therefore wish to assure ICPC of my strong conviction to guarantee the independence of ACTU in the discharge of its mandate under my watch,” she pledged.

The Permanent Secretary also declared that FCSC ACTU has come to stay and therefore appealed to all staff to give the Unit officials the required cooperation in order to perform their functions effectively.

In his goodwill message, ICPC Chairman, Professor Bolaji Owasanoye, SAN, admonished the inductees not to use their position to witch-hunt or victimize anyone. Rather they should operate within the scope of their mandate.

Professor Owasanoye, who was represented by Deputy Director, Systems Study and Review Department, Mr. Demola Bakare, explained that the ACTU was created as part of the Commission’s preventive mandate.

The Chairman therefore called on the ACTU members to serve as the in-house check mechanism in FCSC.

Highlight of the event was the administration of the oath of office on unit members.