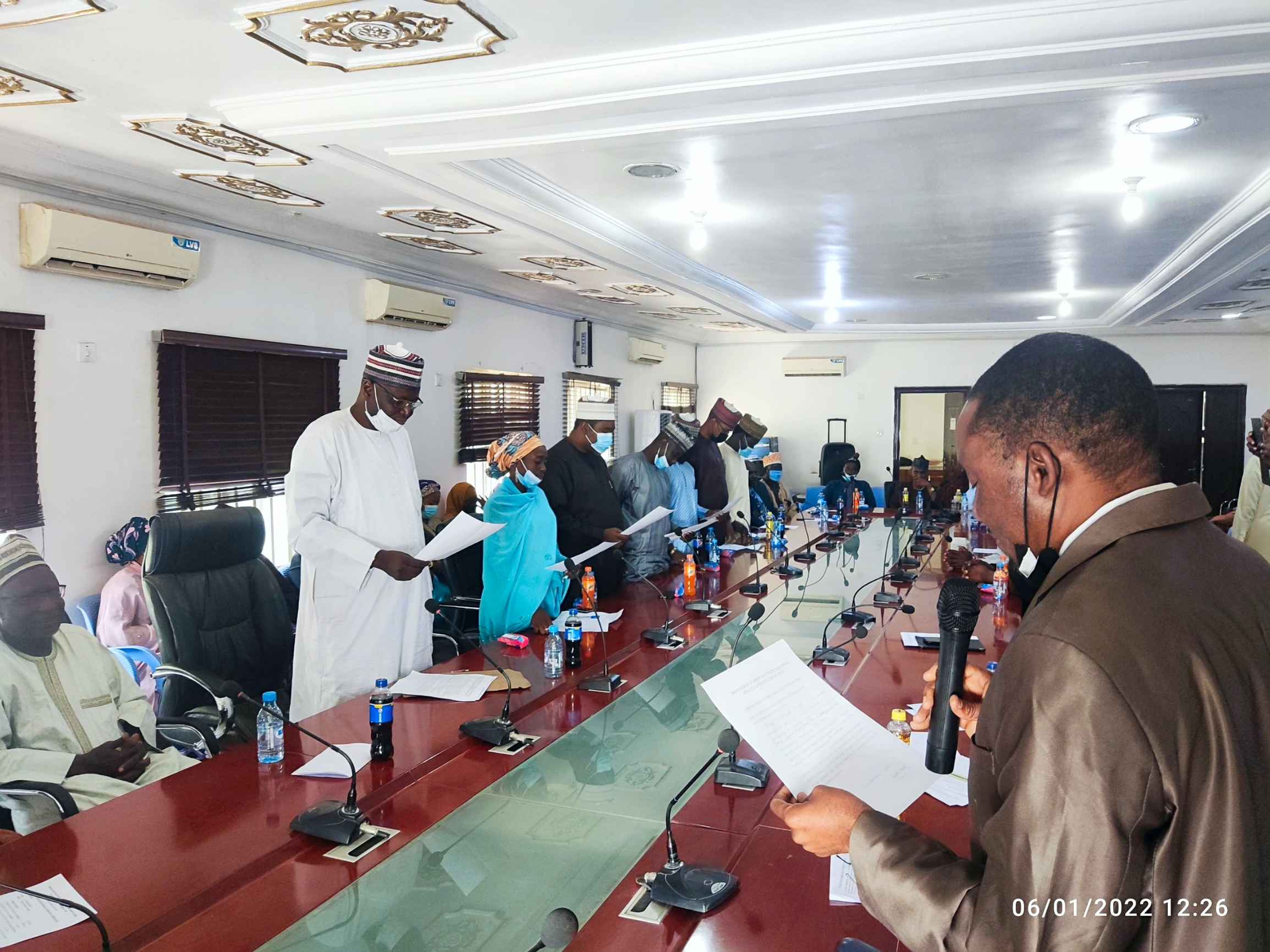 The Chairman of the Independent Corrupt Practices and Other Related Offences Commission (ICPC), Prof. Bolaji Owasanoye has charged newly inaugurated members and executives of the Anti-Corruption and Transparency Unit (ACTU) of the Hadejia-Jama’are River Basin Development Authority (H-JRBDA) to help sanitize the workplace.

The ICPC Chairman, who was represented by the Resident Anti-Corruption Commissioner of Kano State, Ibrahim Abubakar Garba, stated this recently during the inauguration of the ACTU and swearing-in of the EXCO members.

He further urged the ACTU members to work in collaboration with the management and staff of the RBDA to promote a corruption-free society.

Earlier, Alhaji Ma’amun Da’u Aliyu, the RBDA’s Managing Director, praised ICPC’s efforts for establishing ACTUs in all Ministries, Departments, and Agencies (MDAs) across the country, which has drastically reduced corruption. He went on to say that better service delivery to Nigerians is impossible without probity, accountability, discipline, and due diligence on the part of public officials.

Alhaji Aliyu emphasized that the country deserves transparency and fairness from those in positions of trust, which is a cardinal principle of the current administration.

He concluded by stating that his management has been working with the ACTU since its inception, and as a result, they developed a transparent procurement mechanism.

Thereafter, presenting a paper on “Duties, Powers and Functions of ACTUs”, Mr. Shehu Dange of ICPC Kano State office, stated that ICPC establishes ACTUS in MDAs as a corruption preventive method of monitoring, identifying and addressing lapses in government’s operational system that may engender corruption and unethical practices with a view to instill sanity.

He then urged members of the ACTU to carry out their task honestly and bravely without fear or favor, in order to maintain the faith and confidence placed in them as members of the unit.

In his acceptance speech on behalf of the unit members, the newly elected ACTU Chairman, Siraj Mohammed Yusuf, stated that all hands must be on deck in order to raise the organization’s standard of rules and regulations. He promised to work hard to fulfill the unit’s mandate on all principles and aspects of public probity, fairness and accountability.

More than 80 staff of the agency were present to witness the induction of new ACTU members.

PrevPreviousICPC secures Interim Forfeiture of N110.4m traced to a Primary School Teacher and her accomplice
NextICPC Encourages CSOs to Partner in the Fight Against CorruptionNext