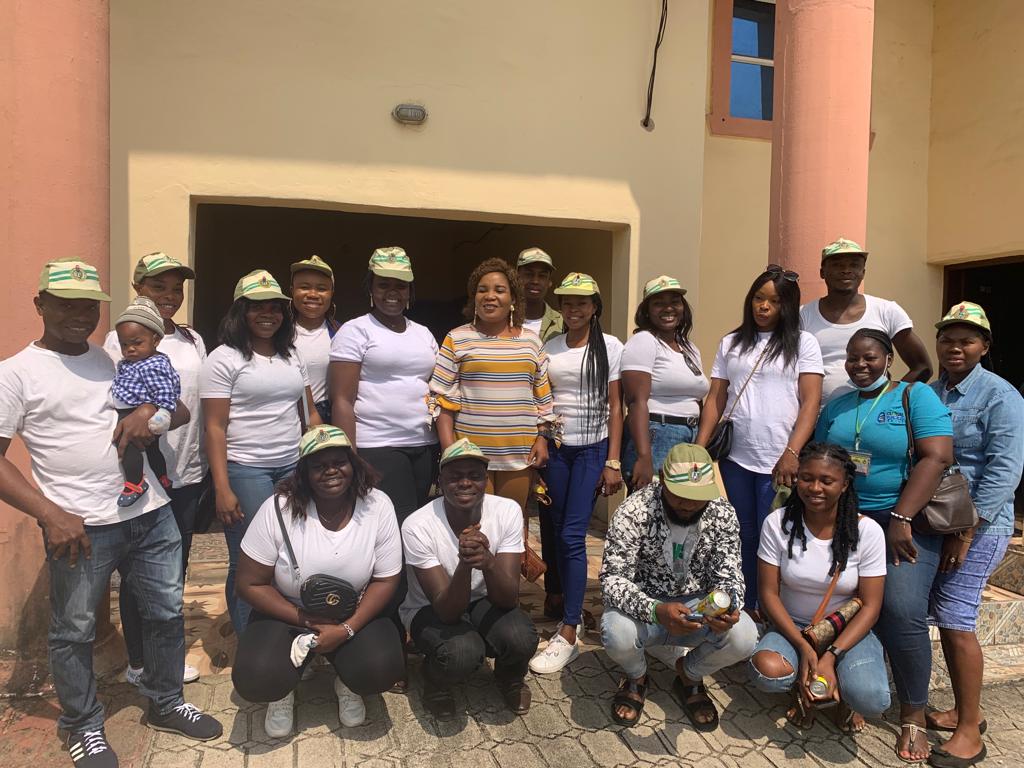 This advice was given to the Corps Members by Mrs. Chinwe Egbeocha, an Assistant Commissioner, ICPC Imo State Office when they paid a courtesy visit to the Commission’s office in Owerri recently.

Mrs Egbeocha pointed out that for the Corps members to be good apostles of the anti- corruption crusade, they must purge themselves of all negative vices that would undermine their honesty and accountability. This, she further said, is the way to leave indelible integrity imprint in their places of primary assignment and society at large.

She explained the meaning of corruption, forms and effects of corruption in Nigeria and further enlightened the Corps members on the tripartite mandate of the Commission which includes receiving and investigating reports of corruption and in appropriate cases, prosecuting offenders; examining and reviewing systems in order to prevent corruption; as well as educating and mobilizing the public on and against corruption.

The Assistant Commissioner listed the Commission’s achievements to include securing convictions in different High Courts in the country, establishment of Anti-Corruption and Transparency Units (ACTUs) in government organizations, conduct of systems studies and reviews, establishment of Anti- corruption clubs in secondary schools and Anti-Corruption Vanguards in Tertiary Institutions amongst others.

Speaking on the roles of members of the Anti-Corruption CDS group in the fight against corruption, Mrs Egbeocha explained that the Corps Members are expected to shun and report acts of corruption to ICPC, refuse to offer or take bribes, organize Anti-Corruption Sensitization Road walks and Rallies, organize Anti corruption seminars, embark on sensitization lectures for students, establish anti- corruption clubs in secondary schools and organize debate, quiz and essay writing among students in secondary Schools in collaboration with ICPC.

She concluded by saying that the fight against corruption should be for humanity, a fight to transform society by enthroning a just, equitable, efficient and fair system in Nigeria.

Responding to the lecture, the President of the Anti-corruption CDS group Miss. Kotso Jomarie expressed gratitude on behalf of other corps members for the warm reception given to them by the Commission, and stated they have acquired comprehensive knowledge of the ICPC, their mode of operations, their activities, programmes and achievements.

She then extolled the ICPC initiative of educating the youth and re-orientating their psyche away from believing that corruption is a way of life. She said that they had learnt lessons that would help them combat corruption and other negative vices in their various places of primary assignment.

The visit ended with an engaging interactive session.