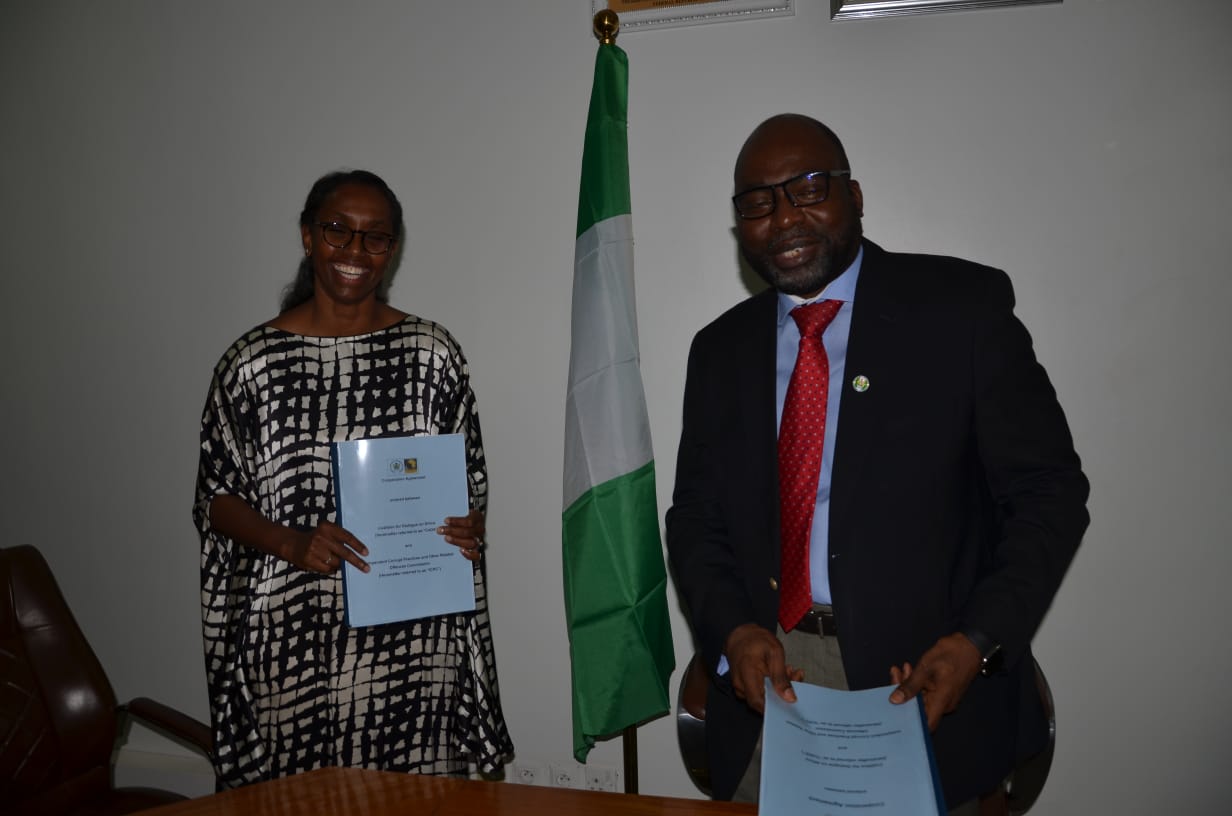 The Independent Corrupt Practices and Other Related Offences Commission (ICPC) and the Coalition for Dialogue on Africa (CoDA) have entered into a Cooperation Agreement on the implementation of the Common African Position on Asset Recovery (CAPAR).

The partnership will enable the two organisations to collaborate and push for the quick recovery of assets stolen from Africa.

The Chairman of ICPC, Prof. Bolaji Owasanoye, SAN, signed the cooperation agreement on behalf of the Commission while the Executive Director of CoDA and Head of African Union-High Level Panel on Illicit Financial Flows (IFFs), Mrs. Souad Aden-Osman, signed for the organisation.

Prof. Owasanoye, who expressed the Commission’s delight in the cooperation agreement, commended the efforts of CoDA in the execution of CAPAR and recovery of stolen assets from Africa.

The ICPC boss stated that African countries had continued to lose huge proportions of their resources through illicit consignment of financial and other assets to foreign jurisdictions, thereby contributing to the underdevelopment of the continent.

“If harnessed properly, these stolen assets and resources could make huge differences in Africa’s development.
“The CAPAR is therefore a critical step in stemming and reversing illicit financial flows from Africa and for the recovery and return of assets within a contextualized historical, political, economic, and social narrative,” he stated.

Aden-Osman explained that CoDA was the special initiative of the African Union (AU) to support the implementation of CAPAR, in collaboration with the African Development Bank and other partners, following its adoption by the Assembly of African Union Heads of State and Government at its 33rd session on 9th February, 2020.

She added that the agency will provide support to ICPC in implementing CAPAR-related activities.

“The purpose of the cooperation agreement is to regulate the relationship between the parties in pursuing their common objective towards advancing asset detection and identification; asset recovery and return; asset management as well as cooperation and partnership in Africa,” she said.

Under the cooperation agreement, the ICPC and the CoDA are to implement joint activities to facilitate and advance the mapping of strategies and action plan for CAPAR implementation, strengthening systems for the detection and identification of African assets in foreign jurisdictions, and advocating for CAPAR at national, regional and global levels.

The two parties are also to facilitate partnerships, collaborations, networking and consultations among senior government officials, policymakers, researchers and civil society towards the realisation of the objectives of CAPAR.
CAPAR is a political, policy, and advocacy instrument to assist Africa in identifying, repatriating and effectively managing Africa’s assets for the common good of its citizens in a manner that respects the sovereignty of member-states.