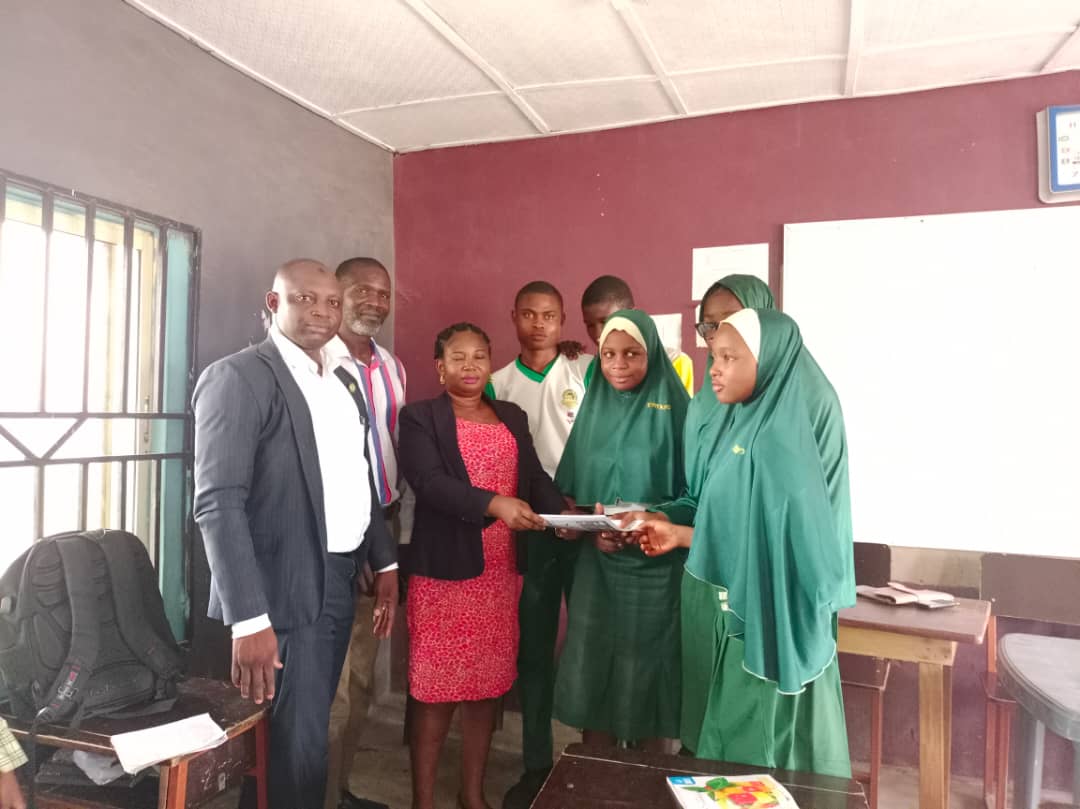 Be People of Integrity – ICPC to Students

The Independent Corrupt Practices and Other Related Offences Commission (ICPC) has charged secondary school students to be people of integrity and good role models to their peers.

Ms. Ingobro told the students that the anti-corruption club was established by ICPC to help groom the youths to be upright citizens and good leaders. She explained the meaning of corruption, its effects and some forms of corrupt practices to them while encouraging them to shun all forms of corruption and misconduct.

“Join hands with ICPC to eradicate corruption from the society by being students of Integrity. Shun exam malpractices, indecent conduct, and absenteeism. Read more about ICPC on the website (www.icpc.gov.ng). Watch the Commission’s weekly television programme, Corruption Must Go! on NTA every Wednesday by 3.30pm,” she advised.

He also stated that their main duty as anti-corruption club members was sensitizing their peer groups, and family on the ills of corruption.

In his address, the school proprietor, Mr. Ajala Waliu Adekunle expressed delight that his school was counted worthy of benefitting from the good work the Commission was doing, even as he charged the students to hold on to what they were taught by officers of the Commission.

He also expressed his appreciation to the Commission for its efforts in the anti-corruption fight.
The highlight of the lecture was the presentation of IEC materials to the members of the Exco of the Anti-Corruption club.