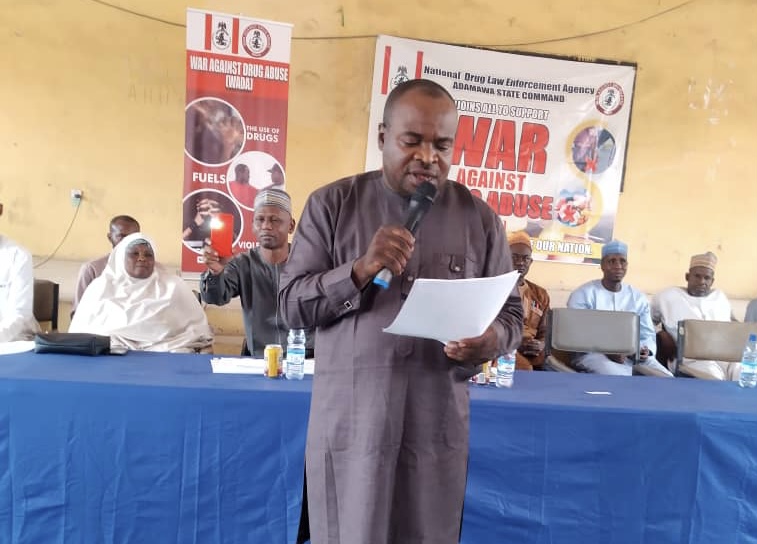 The Principal made the commendation in Yola, the Adamawa State capital at a programme organized by the school management to sensitize the students on corruption and examination malpractice during their club and societies week.

Mr. Tukur explained that the College deemed it fit to extend an invitation to ICPC because of the Commission’s role in establishing Students’ Anti-Corruption Clubs (SACs) in schools and encouraging the students to shun examination malpractice and other corrupt tendencies.

He therefore appreciated the Commission’s efforts at bringing back the nation’s lost values and promised to ensure the active participation of the College in championing the fight against corruption.

In his remark at the event, the Resident Anti-Corruption Commissioner (RACC), Mr. George James Lawal, who was represented by the Public Enlightenment and Education Officer, Mr. Benjamin Francis, enjoined the students to display good conduct, high moral standards and to become role models to their colleagues in school, at home, and the larger society.

Also speaking during event, the State Coordinator, National Orientation Agency, who was represented by Mal. Mohammed Gabdo advised the students to build the activities of the club around the seven core values of Human Dignity, Voice and Participation, Patriotism, Personal Responsibility, Integrity, National Unity and Professionalism.

He advised them to always imbibe the culture of doing what is right even when no one was watching.