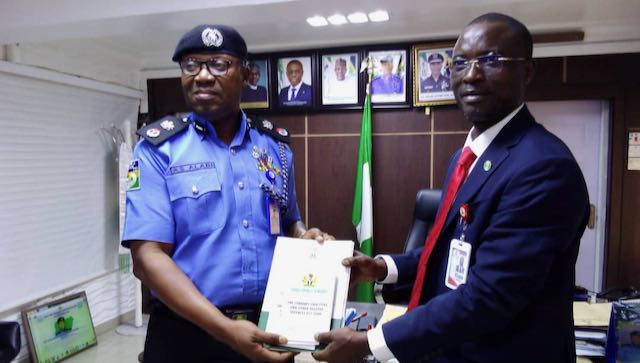 ICPC, Police to partner in sensitization on NEIP

The Independent Corrupt Practices and Other Related Offences Commission (ICPC) has re-emphasized the importance of restoring public trust and confidence in governance.

The Resident Anti-Corruption Commissioner (RACC) of ICPC Lagos, Mr. Kabir Elelu, made this statement when he and his team visited the Commissioner of Police (CP), Lagos Command.

He explained the role of public education and enlightenment as an effective method of sensitizing the public on and against corruption, re-orientating the ethical values of the society and building a better nation.

He introduced the National Ethics and Integrity Policy (NEIP) with its seven core values of Human Dignity, Voice and Participation, Patriotism, Personal Responsibility, Integrity, National Unity and Professionalism, noting that these will enhance transparency and accountability, especially in the public and private sectors, in line with global best practices.

The CP Abiodun Alabi in his response, stated his willingness to partner with the Commission on sensitization programmes for his policemen, and lauded the visit as an opportunity to know other areas where the two law enforcement agencies can work and assist each other in the fight against corruption.

In response, the CP promised to increase the numerical strength of the policemen attached to the office.