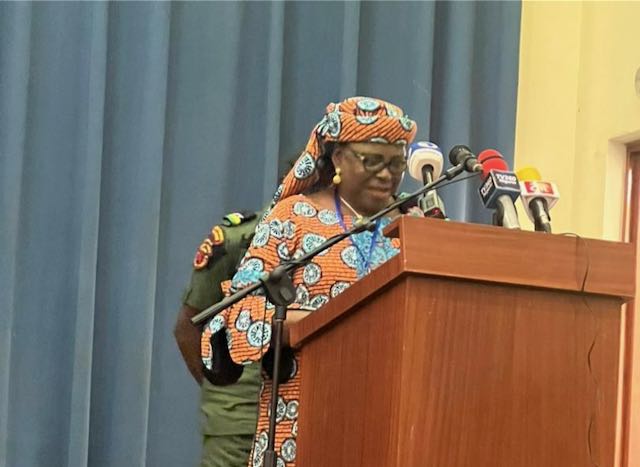 ICPC urges Nigerians to Blow the whistle on Corruption

The Chairman of the Independent Corrupt Practices and Other Related Offences Commission (ICPC), Professor Bolaji Owasanoye (SAN), has urged Nigerians to see whistle blowing as their responsibility, emphasizing the need to report corrupt practices at all levels.

He made this known recently at the launch of the Corruption Anonymous (CORA) Whistleblowing Platform jointly developed by the African Centre for Media and Information Literacy (AFRICMIL) and her partners. The CORA Platform, which is aimed at strengthening the Whistleblowing Policy of government, is a secure civil society driven public whistleblowing tool through which citizens can submit tips on corruption and other forms of wrongdoing anonymously.

Professor Owasanoye, who was represented by ICPC Board Member, Mrs. Anne Otelafu Odey, stated that Nigerians should embrace the technology-enabled opportunity to anonymously report corruption in order to scale up the successes being recorded in the ongoing war against corruption.

The ICPC boss commended the organisers of the event for the laudable initiative which will impact positively on the fight against corruption in Nigeria.

‘It is a step in the right direction which would greatly help in the fight against corruption. However, for this initiative to have the desired impact, the platform should be easily accessible and should provide secured and confidential hotlines for the informants and the information received in order to strengthen and promote an ethical environment devoid of victimization and reprisal attacks”

Earlier in his opening remarks, Dr. Chido Onumah, Coordinator, AFRICMIL, explained that “the CORA platform will complement the government’s whistleblowing platform managed by PICA and provide Nigerians an opportunity to participate, using whistleblowing, in consolidating the fight against corruption in Nigeria.”

The event also witnessed keynote remarks by Dr. Zainab Ahmed, Minister of Finance, Budget and National Planning, who oversees the Presidential Initiative on Continuous Audit (PICA) which manages the whistleblowing policy, and Dr. Abubakar Malami, the Attorney General of the Federation, and Dr. Garba Abari, Director-General of the National Orientation Agency.

The event featured a video vignette on how to blow the whistle on corruption using the CORA tool.