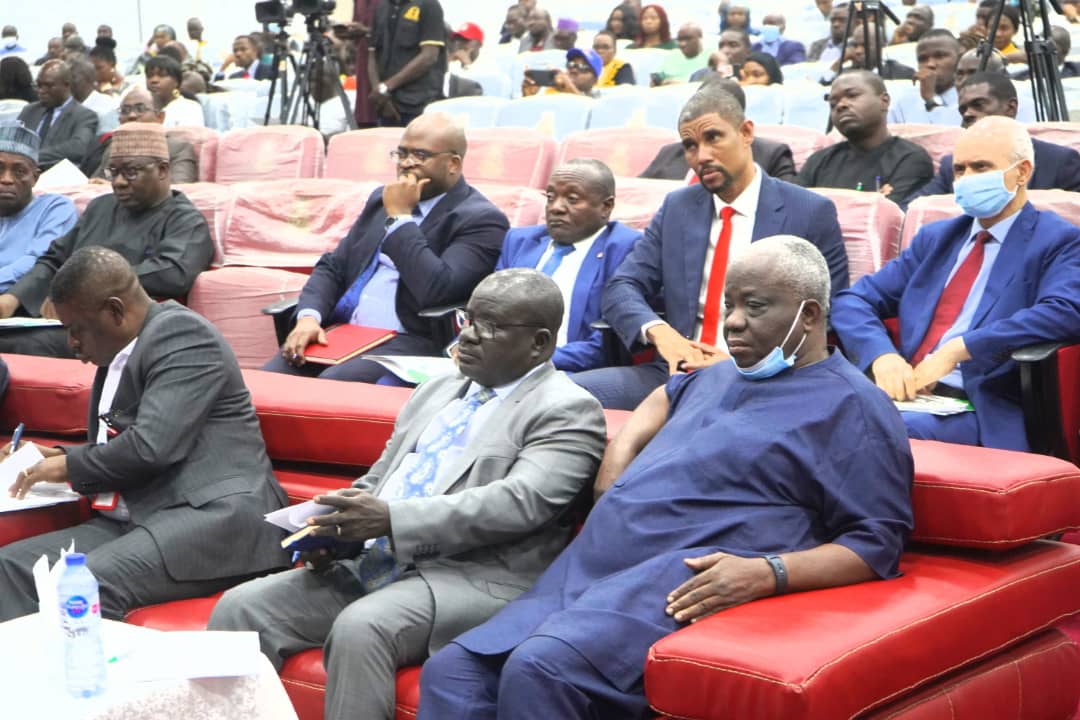 President Muhammadu Buhari has commended the Independent Corrupt Practices and Other Related Offences Commission (ICPC), the Economic and Financial Crimes Commission (EFCC) and other regulatory agencies for their doggedness in the fight against corruption in Nigeria.

The President made the commendation while declaring open the commemorative event for the 6th African Union Day of Anti-Corruption in Abuja, themed “Strategies and Mechanisms for the Transparent Management of COVID-19 Funds”.

President Buhari, who joined the event virtually, stated that he was very proud of the anti-corruption agencies and other regulatory bodies for their efforts at checking corruption and other criminalities, saying, “I very deeply appreciate them for their sacrifices.”

He added that law enforcement agencies in Nigeria must be empowered to deliver on their mandate without any encumbrances.

Speaking on the theme of the event, the Nigerian President explained how the country responded swiftly to the COVID-19 pandemic, noting that it was now time for more awareness campaigns and investment in the health sector.

He therefore called on other African leaders to continue to support the fight against corruption, stating that Africa would realize its full potentials if corruption was rooted out of the continent.

On the issues of illicit financial flows, President Buhari enjoined his contemporaries on the African globe to ensure that national resources meant for the continent were not taken to safe havens around the world but were used for the collective interest of the citizens.

“We must work collectively to recover all resources taken abroad. We must show looters that crime does not pay by depriving them of the proceeds of their crime,” the Nigerian leader added.

Earlier in his opening remark, ICPC Chairman, Professor Bolaji Owasanoye, SAN, spoke about how the world, including Nigeria, responded to the issues of COVID-19 pandemic by generously donating resources to limit the negative impact of the pandemic on citizens, but noted the need to measure the success of the utilization of the resources.

“How well did we fare in the utilization and in maximizing the opportunity for reforms and doing things differently?” the ICPC boss queried.

Professor Owasanoye thereafter highlighted the various measures the Commission put in place during and after the pandemic to ensure probity in the administration of the COVID-19 funds.

According to him, “In fulfilment of our mandate, and knowing the proclivity of the society to impunity and abuse, in the very early days of COVID-19, we issued an advisory about the transparent utilization of public funds and donations that were contributed to manage the COVID-19 pandemic. We also issued corruption prevention guidelines for the management of these relief funds by the Presidential Task Force (PTF).”

The Chairman continued, “Arising from this imperative of ensuring proper utilization of funds, and pursuant to our enforcement powers, we looked very closely at some of the activities that were designed by government during that period.

“We found some discrepancies and infractions in procurement and payments made by some end-users and beneficiaries of COVID-19 fund support. Some Ministries, Departments and Agencies (MDAs) refused to grant access to the monitoring team to look at their records, thus, temporarily hindering successful enquiry into their activities.

“These MDAs are flagged and will be investigated for breaches and infractions of the law,” he declared.

In his keynote address, the Secretary to the Government of the Federation (SGF), Mr. Boss Mustapha, who was represented by the Permanent Secretary, General Services Office, Mr. Maurice Mbaeri, explained that the government was making concerted efforts at shaking off the negative impact of COVID-19 pandemic on the national psyche as well as the shackle of corruption that had engulfed the country.

Mr. Mustapha gave the blow-by-blow steps on how the COVID-19 funds were mobilized, generated, disbursed and utilized in order to curtail the public health emergency of that time and prevent it from further spread.

He revealed that the PTF on COVID-19, which later transformed into the Presidential Steering Committee (PSC), collaborated with MDAs, development partners, private sector and other key stakeholders to ensure the availability of adequate funding and resources for effective implementation of COVID-19 pandemic response.

The PSC chairman spoke on how donations received from the public and private sector organizations such as the Coalition against COVID-19, World Health Organization, UNICEF, USAID, the Government of Japan amongst others were categorized into three sources namely monetary resources, technical support and medical donations and supply, and how they were used.

Also, in his goodwill message during the event, United Nations Office on Drugs and Crime (UNODC), Country Director, Mr. Oliver Stolpe, stated that COVID-19 and its ensuing consequences has affected almost every aspect of society and has created opportunity for corruption to thrive.

Mr. Stolpe added that Nigeria has one of the most sophisticated anti-corruption capacities worldwide, saying that the country’s institutions, laws, anti-corruption professionals were a model for many nations.

He therefore called for the transformation of these capacities into tangible anti-corruption results.

The commemoration of the 6th AU Day of Anti-Corruption had in attendance heads of anti-corruption agencies and other regulatory bodies as well as members of the diplomatic corps.

The occasion latter dissolved into a technical session where panelists and discussants brainstormed on ways for transparent and accountable management of proceeds of crime and beneficial ownership information to facilitate the identification, recovery and return of proceeds of crime.