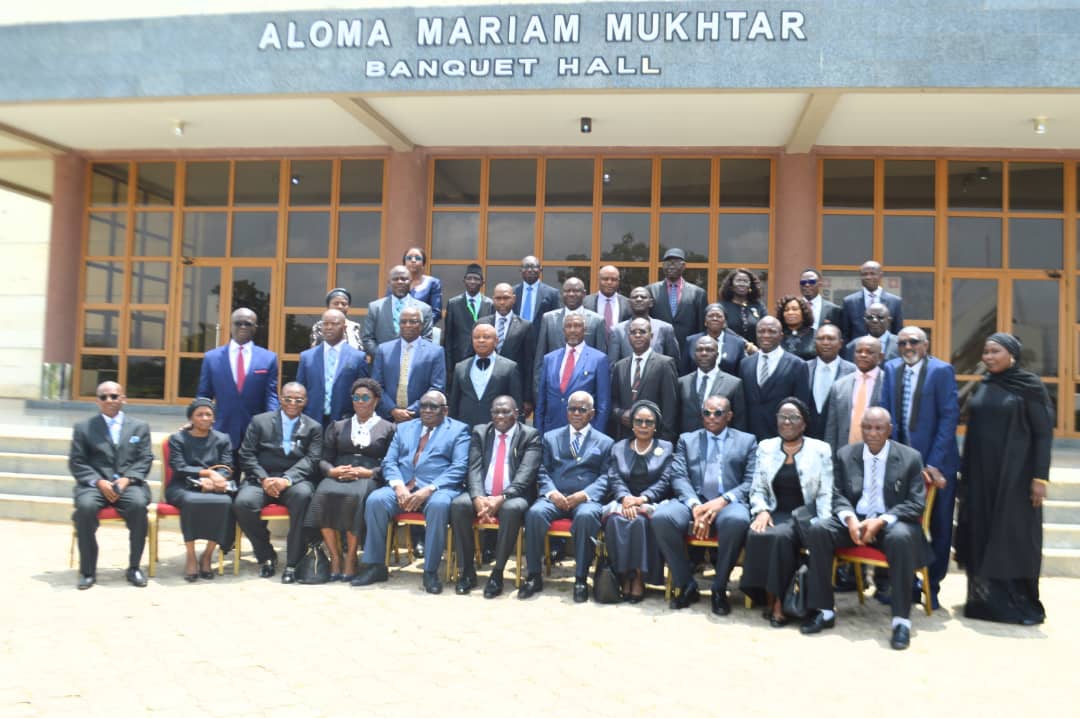 In a bid to improve the integrity of the judiciary and ensure expeditious dispensation of corruption trials, the Independent Corrupt Practices and Other Related Offences Commission, ICPC, in collaboration with the National Judicial Institute (NJI) held a 2-day capacity building workshop for Judges.

Speaking at the event which held at the NJI in Abuja, the ICPC Chairman, Prof. Bolaji Owasanoye, SAN said the event was organised to examine relevant legislations government have put together and discuss how best to utilize them in eradicating corruption.

“It is no longer news that our system is bleeding to death as a result of corruption and requires urgent attention, hence the need for this workshop,” he said.

Prof. Owasanoye who was represented by ICPC board member, Hon. Justice Adamu Bello, Rtd, explained that the existing legislations, although beautifully crafted, required the interpretation of judges for their effective usage.

“Beautifully-crafted legislations cannot speak for themselves, they require the expertise of the judiciary by way of interpretation and adjudication of statutes enacted to achieve the eradication of corruption,” the Chairman stated.

In his remarks at the event, the Chief Justice of Nigeria, Hon. Justice Olukayode Ariwoola noted that the capacity building workshop was meant to keep judges abreast of all relevant legislations in handling corruption cases in their different courts.

Justice Ariwoola who spoke through the administrator, NJI, Hon. Justice Salisu Garba Abdullahi, stressed the need for judicial integrity as well as upholding the code of ethics of the judiciary, stating that it was very critical to the fight against corruption in Nigeria.

“Judicial integrity is paramount as the judiciary is a key player in the determination of the rule of law and the fight against corruption,” he said.
Earlier in his welcome address, the Secretary to the NJI, Mr. Abubakar Umar Maidama, expressed appreciation to the ICPC for remaining dogged in its crusade against corruption especially in the public sector and for partnering with NJI to organise the event.

He charged the judiciary to tackle the menace of corruption frontally, by anchoring its core values on competence, objectivity and integrity, for the Nigerian nation to witness social, political and economic rebirth.

In his words, “The sustained synergy between ICPC and NJI has not only reinforced the fight against corruption in our country, but has also re-ignited the glimmer of hope that there is light at the end of the tunnel”.

Topics such as “Non-Conviction Based Recovery Regime under the Proceeds of Crime Act, 2022”, “Expeditious Trial of Cases and the Challenges of Day-to-Day Trial under the Administration of Criminal Justice Act, 2015”, “Constitutional Rights to Own Property: Section 45(1) of the ICPC Act, 2000 in perspective” and “International Best Practices” were extensively discussed.

The workshop was well attended by Justices of the Court of Appeal as well as Justices from Federal and States High Courts.