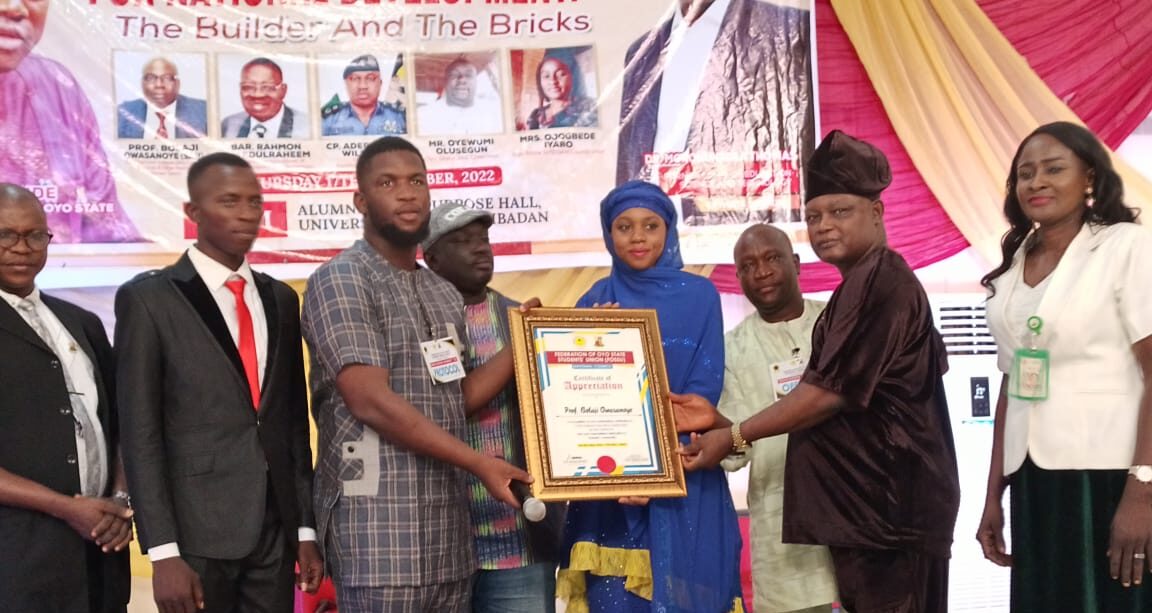 The Chairman of the Independent Corrupt Practices and Other Related Offences Commission (ICPC) Professor Bolaji Owasanoye , SAN, OFR has said that education was a major ingredient for national development.

The Chairman stated this through ICPC board member, Hon. Hannatu Mohammed at a one-day Education Summit organized by the Federation of Oyo State Students’ Union (FOSSU) held at the University of Ibadan with the theme “Revamping Higher Education for National Development”.

Prof. Owasanoye revealed that education entailed not just academics alone but also the belief and practice of good moral values for the benefit of the society, saying, “no nation develops faster than its level of education”.

He went on to stress the need for collective effort in fighting corruption as that produces faster and better results. He therefore called on stakeholders, especially the youths, to partner with ICPC in ensuring that corruption is eradicated and integrity is institutionalized in Nigeria

The ICPC boss informed the gathering that the Commission understands that the youths are a critical segment of the society and therefore does not miss any opportunity to train them on how to join the fight against corruption.

“Take full ownership of the fight against corruption guided by ICPC and other anti-corruption agencies, act responsibly with integrity and do not engage in any form of corruption as the law is no respecter of anybody”. He added.

Also speaking at the event, Dr. Morohunbo Thomas Esq. former Oyo State Commissioner of Education, Science and Technology, opined that the task of revamping tertiary education in Nigeria was a daunting one.

He said the task required high degree of political will on the part of the government, adding that both students and individuals must have a positive attitude to succeed as there was no short-cut to success. He further said that a higher level of commitment to study was the foundation for a better future.

Mrs. Iyabo Ojogbede, Oyo State Coordinator of Small and Medium Enterprises Development Agency of Nigeria (SMEDAN), in her remarks, admonished the students to be diligent in whatever they do and that SMEDAN was ready to work with students who intend to be seasoned entrepreneurs.

At the end of the sessions a certificate of appreciation was presented to Hon. Chairman Professor Bolaji Owasonoye by the National President, Sen. Alarape Ibrahim.