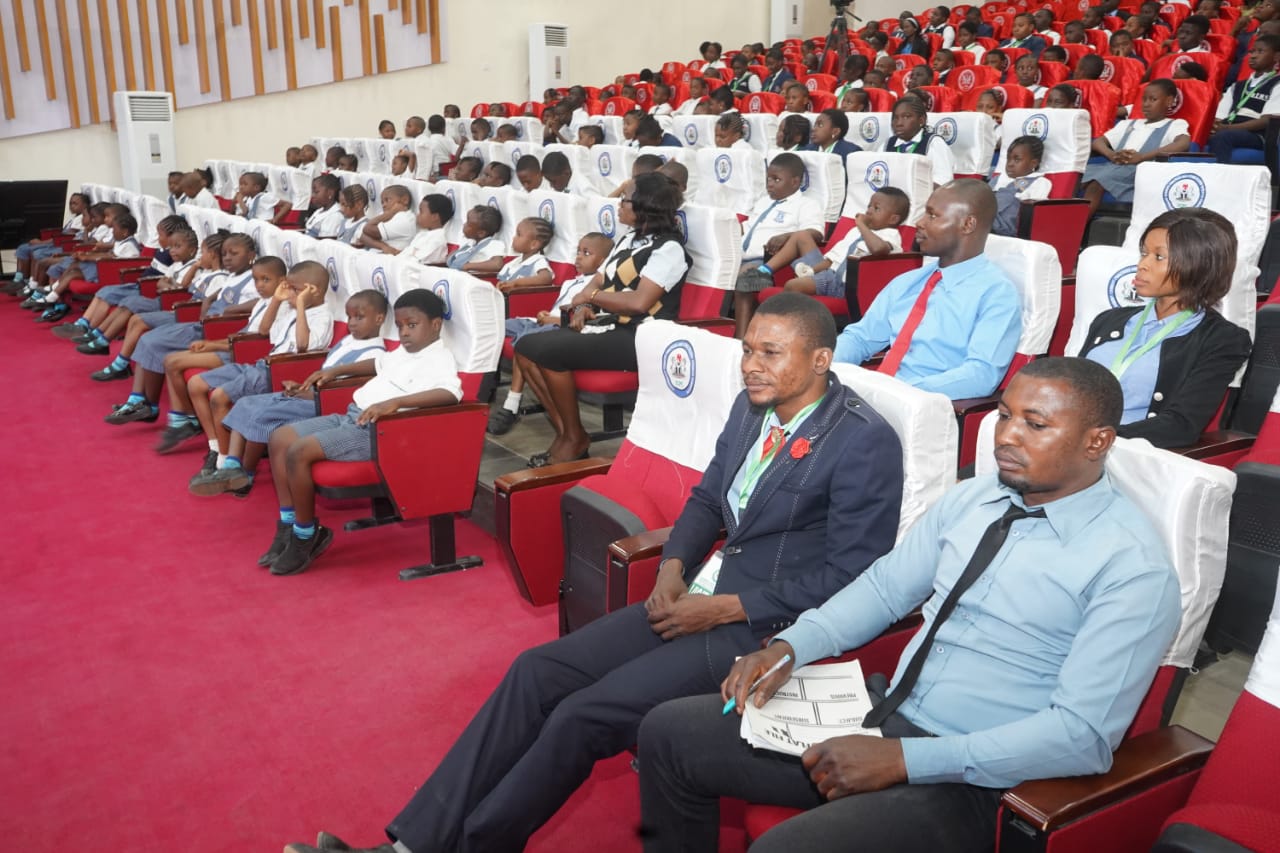 The Independent Corrupt Practices and Other Related Offences Commission (ICPC), played host to over a hundred students of Bethel International College at its headquarters in Abuja recently.

Speaking during the educational excursion visit, the Director, Public Enlightenment and Education department, ICPC, Muhammed Ashiru Baba, fsi, who was represented by Mr. Okor Odey, an Assistant Director, said it was a thing of joy to the Commission whenever young people indicated interest in the fight against corruption.

“The future of Nigeria is in your hands and you could make it to be whatever you want it to be,” he told the school children.

He further spoke about the ICPC’s three-pronged mandate of enforcement, prevention and public education and enlightenment but largely dwelt on prevention which he said included the Commission’s power to conduct system study and review of Ministries, Departments and Agencies (MDAs) in order to identify and block opportunities for corruption.

The Director stressed that the Commission had achieved significant success through employing this tool and assisted the government to save enormous amount of funds that would have been stolen or mismanaged by many MDAs.

In his presentation titled, “About ICPC”, Innocent Macaulay and Sunday Umoh both of ICPC, spoke on corruption, its manifestations and effects and what the students should do to help contribute to the fight against the cankerworm.

In her remarks, the school proprietress, Mrs. Grace Shalom explained that they had come to the Commission to learn about how it does its work and to garner more information about anti-corruption in the country so as to relate with what they have been taught.

In a similar vein, a staff of the school, Mrs. Miracle Ugwu, expressed gratitude to the Commission over its ability to bring the presentation down to their level, noting that they were not disappointed with the visit.

Mrs. Ugwu further stated that what they had learnt would be invaluable to both their educational pursuit and their resolve to make integrity their watchword.

PrevPreviousLawyers need to Provide Leadership, Direction to the Public – ICPC Boss
NextICPC Enjoins Students to Participate  in Anti-Corruption Crusade as it Inaugurates 160 Clubs in OndoNext