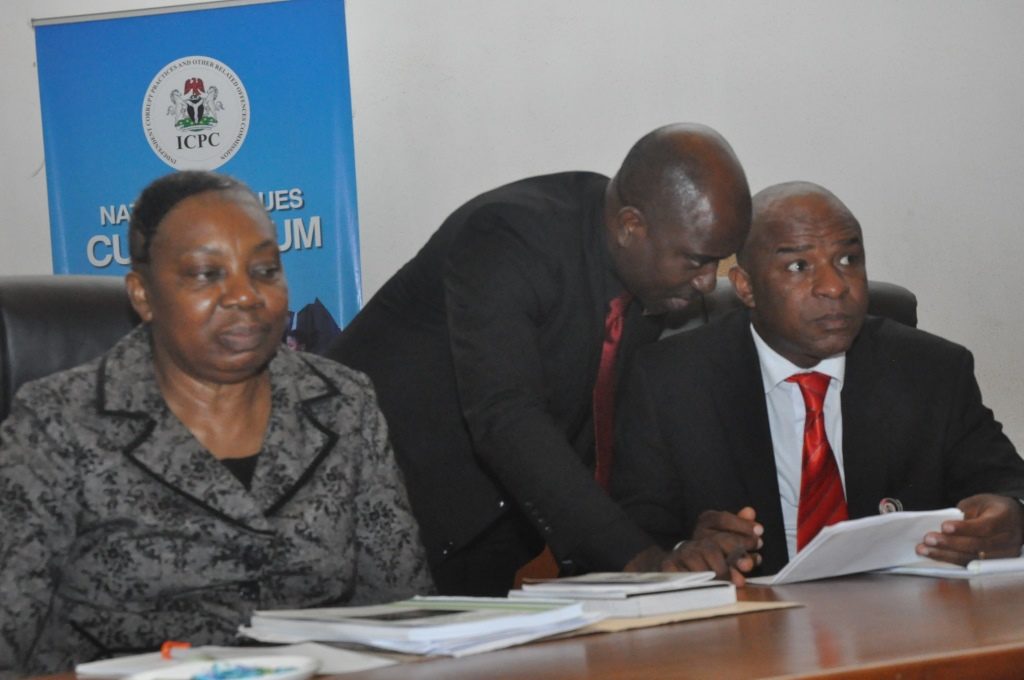 A 3-day workshop has been organised for staff of the Independent Corrupt Practices and Other Related Offences Commission (ICPC) to expose them to the provisions of the newly-enacted Administration of Criminal Justice Act 2015. The workshop was organised by the Legal Department of ICPC and was held at the headquarters of the Commission in Abuja. […]

The Independent Corrupt Practices and Other Related Offences Commission (ICPC), has uncovered N23 billion pension funds ‘lost’ in 40 bank accounts. Mrs Rasheedat Okoduwa,  Spokesperson for the Commission made this disclosure, recently, while delivering a paper titled, Transparent Leadership and Effective Governance: The Role of ICPC at the 2015 Annual General Meeting and Conference of […]

Nigeria`s success in its quest for a corruption-free society hinges on its ability to install systems that foster and facilitate transparency and accountability in its economic and political life. A few innovations have been introduced in this regard which have been quite impactful in the specific sectors they have been applied. Some of these are: […]

Staff of the Nigerian Communications Satellite Limited (NIGCOMSAT) have been called upon to continue to ensure that they abide by their respective professional ethics in the discharge of their duties; and indeed in serving their fatherland. This call was made by the Managing Director/Chief Executive Officer, NIGCOMSAT, Ms.Abimbola Alale during her opening remarks at the […]