An Edo State High Court sitting in Benin City, has fixed 14th of April, 2014 for the arraignment of the majority leader of Edo State House of Assembly, Hon Philip Shaibu for allegedly forging tax clearance certificate. The Independent Corrupt Practices and Other Related Offences Commission (ICPC) had dragged the majority leader to court on […] 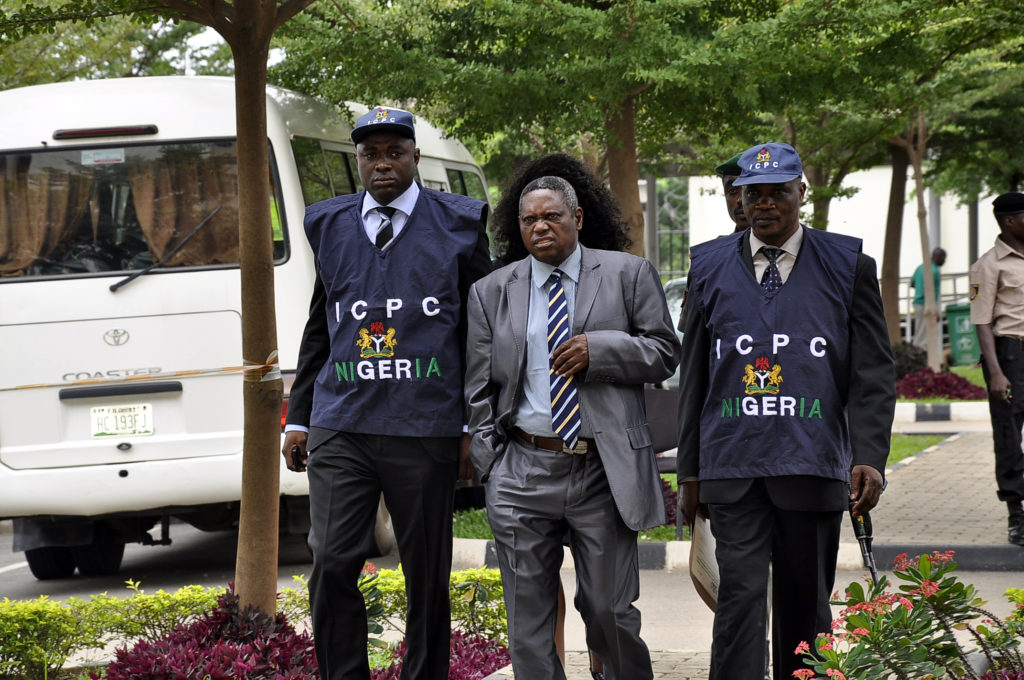 The Independent Corrupt Practices and Other Related Offenses Commission( ICPC)  has re-arraigned before the Federal High Court sitting in Abuja, Senator David Iornem for allegedly operating an illegal University in Abuja. The ICPC  slammed a fourteen- count charge on the accused bothering on fraudulent collection of money amounting to 17,300 United State Dollars from three […]

The Registrar of a Magistrate Court in Enugu state, Anikwu Ambrose Ifesinachi, has been sentenced to three years imprisonment without the option of fine for demanding bribe in the course of discharging his official duty. In the judgment delivered by Justice A. A. Nwobodo on 17th March 2014 convicted the accused person for contravening section 10 (a) […]

Two Police Officers attached to the Criminal Investigation Department of the Nigeria Police Force, Kwara State Command, Ilorin have been sentenced to three and two years imprisonment respectively without option of fine  for violating the provisions of the Corrupt Practices and Other Related Offences Act, 2000. The two accused persons: Police Sergeant Alih Tenimu and Police […]

ICPC vs EHINDERO N575M CASE: COURT OF APPEAL ORDERS EX-IG, BACK TO HIGH COURT FOR TRIAL

The Court of Appeal, Abuja Division has ordered a former Inspector General of Police, Sunday Ehindero back to the High Court to face criminal trial. Ehindero alongside a former Commissioner of Police in charge of budget, John Obaniyi were earlier arraigned before an Abuja High Court over alleged complicity in the misappropriation of about N557million […]

The Independent Corrupt Practices and other Related Offences Commission (ICPC) has in its custody 372 international passports recovered from several persons and agents. The recovery is part of an ongoing clampdown on corruption-prone processes in the acquisition of visas. The Commission has directed owners of the recovered passports to appear at its headquarters, located at […] 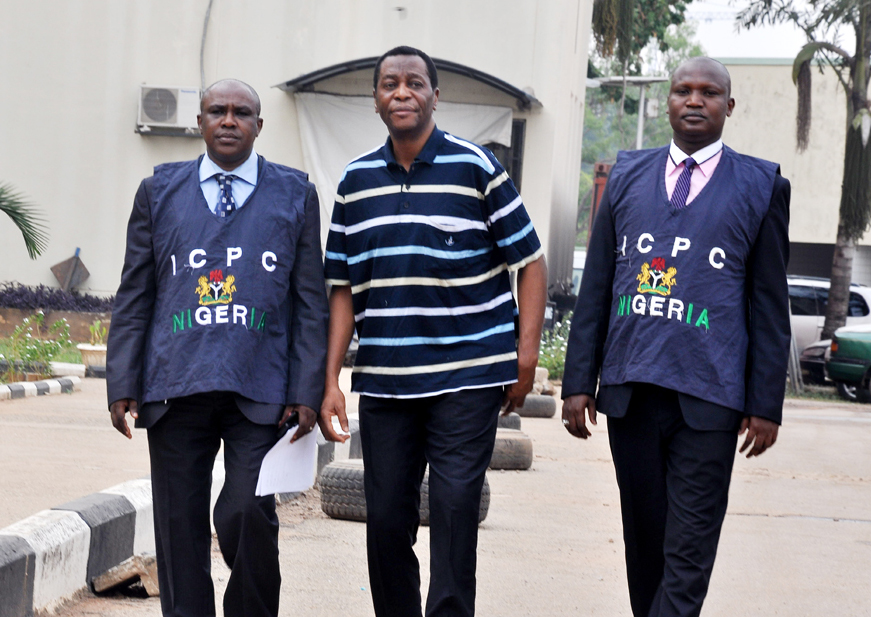 Chief  Okechukwu Chukwulozie, a former Commissioner of the National Insurance Commission(NAICOM) yesterday began his journey to Kuje Prison in Abuja to serve  15 years  over N10.4 million fraud. He was convicted  last Wednesday at an Abuja High Court on 5  counts charge for using private interest to furnish his official residence and demanding for a […]

An Account Clerk with the Federal Medical Centre Lokoja, Kogi State, Mrs Modupe Adeyemi charged to court by Independent Corrupt Practices And Other Related Offences Commission(ICPC) has been sentenced to three months imprisonment without an option of fine.  The judgement was handed to her by the state High court sitting in Koton-Karfe Division of the […]

The Independent Corrupt Practices and Other Related Offences Commission (ICPC) has charged eleven  alleged Visa Scam suspects before a High Court of Lagos State, Ikeja Division for offences related to forgery of documents for the procurement of Visas at various embassies. These  arrests and prosecutions are in continuation of the  crackdown by ICPC to nip […]

ICPC Advisory On Fake Employment Scams In Customs and Other Agencies

The Independent Corrupt Practices and Other Related Offences Commission (ICPC) notes with concern the ease with which the general public, and those seeking employment, are easily duped by Agents who claim to be well-connected in the various Civil/Public Services or through internet recruitment scams. ICPC has received numerous petitions relating to an ongoing internet scam […]