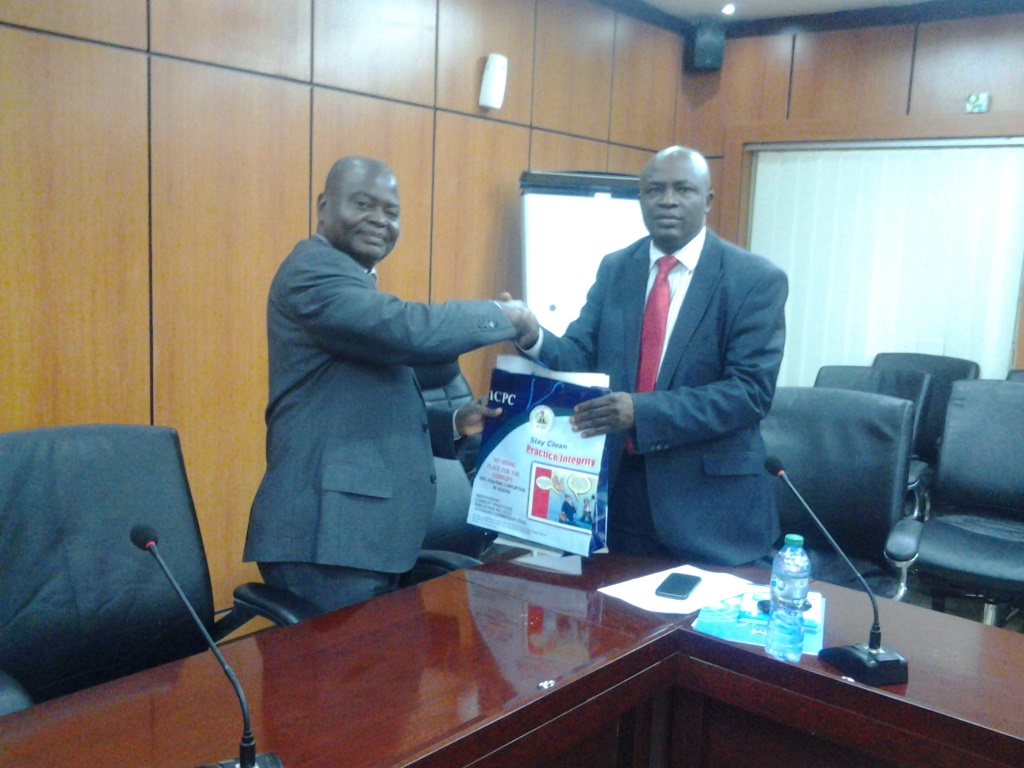 The Secretary of the National Planning Commission, Mr. Bassey Okon Akpanyung, has declared that the establishment of an Anti- Corruption and Transparency Monitoring Unit (ACTU) in the Commission will help entrench and sustain accountability in the organisation.

The Secretary, who was represented by the Director of Administration of the Commission, Mr, Chris Ezilo, made this known during the inauguration ceremony of ACTU members for the Commission held recently in Abuja.

Welcoming participants to the event, Mr. Chris Ezilo, expressed gratitude to the Chairman of ICPC, Mr. Ekpo Nta, for promptly acceding to their request for the establishment of an ACTU in NPC.

He said, ‘’the existence of ACTU will entrench and sustain accountability, transparency and good service delivery in the Commission, which will yield more positive dividends that will be visible in our prudent use of resources and exemplary work ethics’’.

In his words, ‘’it is my sincere belief that the activities of the units will check and possibly eliminate all forms of corrupt practices from our Public Service’’.

To the inductees, Ezilo said,  ‘’…Your selection as members, is a pointer to the fact that your records are encouraging and would want you to continue in that light, even as l have confidence in your abilities to effectively discharge your functions’’.

He charged the newly-inaugurated ACTU members to be forthright, dedicated and tactical in the discharge of their duties, adding that the Management was determined to support the unit in areas of capacity-building, work tools and every other resource needed for effective operation of the unit.

Delivering his goodwill message, Chairman of ICPC, Mr. Ekpo Nta, who spoke through Mr. Justin Kuatsea, a senior officer of the Commission, pointed out that the ACTU was one of the initiatives of the ICPC directed towards combating corrupt practices and entrenching transparency in the Public Service.

Mr. Kuatsea added that the unit would serve as an in- house check mechanism to monitor, identify and address the lapses within their system that could allow corruption and allied unethical practices to thrive.

The ACTU, he said, was to undertake system study and review of corruption prone- processes and procedures; embark on education and enlightenment of staff on and against corruption; carry out preliminary investigations where petitions are received; and develop a code of ethics for compliance by staff amongst others.