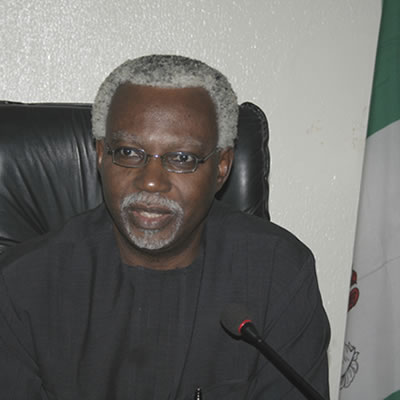 The Chairman, Independent Corrupt Practices and Other Related Offences Commission (ICPC), Mr. Ekpo Nta, has declared that a bright future awaits Nigeria as the country improves its systems and ramps up the fight against corruption.

Mr. Nta made the declaration while speaking to journalists at the Commission’s headquarters recently. He said, “There is light at the end of the tunnel for Nigeria with what we are bringing on board as far as the anti-corruption fight is concerned”.

Mr. Nta anchored his optimism on the introduction of new technologies which would help to minimize corruption and fraud in the country. He cited examples of the Bank Verification Number (BVN) and the Treasury Single Account (TSA). He said: “The issue of BVN has helped and is coming at a good time; the TSA has engendered a lot of prudence in the management of the nation’s finances. We also hope that with the installation of automated systems at our airports, human interactions and opportunities for corruption will be reduced to the barest minimum.”

Responding to a question on whether Nigerians were the most corrupt people as often touted, the ICPC Chairman said that Nigerians, like any other people of the world, were only taking advantage of the country’s weak systems. He said he was convinced that as new systems get installed, Nigerian people will find limited avenues to engage in corruption, the same way they are restricted when abroad.

The ICPC boss while also commenting on the mandate of the Commission said, “Investigation and prosecution; system study and review which have to do with prevention; and public enlightenment and mass mobilization against corruption, are all duties that can be enhanced with new technology. Our investigations especially will benefit tremendously from forensic investigation and financial intelligence infrastructure being put in place.”

Also speaking on the efforts of President Muhammadu Buhari to tackle corruption, Mr. Nta observed that the focus of each government came with a political strategy and that that of the present government was on corruption and terrorism.

He stressed that, in terms of corruption, the populace was beginning to key into the message, and the people were beginning to realize that their enemy was corruption which was taking away a lot of what they were entitled to.

Mr. Nta said, “The mantra of the present administration which is “Change”, has been a very good experience; for the entire country has begun to look at corruption for what it is. Before, Nigerians looked at corruption as what didn’t concern them directly. One corrupt act can stop a hospital from being built or located in one’s community which consequences are enormous; or if someone takes away money that was voted for education, it can affect a whole generation.

‘What most people do not understand right now, is that the greatest legacy we can give to Mr. President is to ensure that the institution he is trying to put in place will outlive him. As people go along, they say it is very difficult now, but at the end of the day the benefits will begin to manifest.”