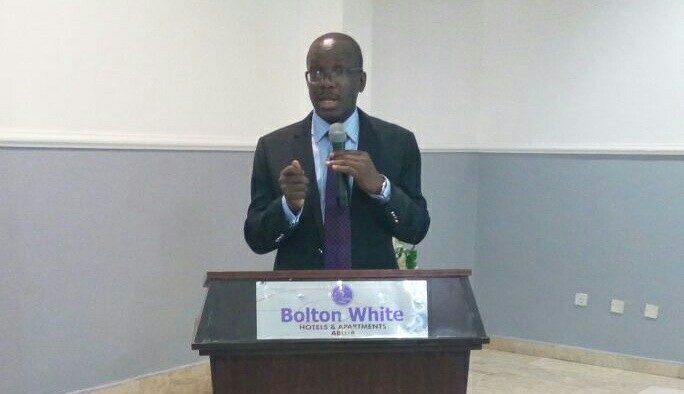 Mr. Akeem Lawal, Head of Corruption Monitoring and Evaluation Unit (CMED), who represented the Chairman of ICPC, Mr. Ekpo Nta, made the call at a 2-day sensitization workshop on anti-corruption recently organized by the Anti-Corruption and Transparency Unit (ACTU) of NITDA for management staff of the organisation.

He told the participants that there was an urgent need for intervention in the sense that everyone must begin to see the need to address the issue of corruption from the perspective of what they could do as individuals to prevent it.

Mr. Lawal added that participants should be conscious of the fact that any corrupt act an individual engaged in in their offices was bound to have negative impact on governance.

The workshop also featured lectures. In a lecture titled: ”Entrenching Ethics and Integrity for Compliance in the Workplace”,  Mr. Lawal said that “Corruption thrives in an environment where institutional rules; procedures; sanction and reward system; and the general regulatory compliance are deliberately compromised to secure private advantage by those who have the responsibility to do otherwise.”

He also drew attention to the need for fairness and justice in the workplace saying:”Competence and merit should be the basis of engaging people to work or assigning them to schedules. Considerations such as friendship, loyalty, ethnicity, nepotism, favouritism etc. should be eschewed.”

In another paper presentation on the topic: “Public Sector Corruption in Nigeria and Its Effects”, Mr. Justin Kuatsea, also of CMED noted that corruption has hindered the growth and development of institutions and nations.

He called on participants to join in the fight against corruption. His words: “We all need a collective and positive attitude in order to eliminate the scourge of corruption from our country today.”

Earlier in his opening remarks, the acting Director-General of NITDA, Dr. Vincent Olatunji, had told the participants that given the present administration’s commitment to fighting corruption, individuals needed to shift their mindset from corruption and begin to think of doing the things that would reduce corruption in Nigeria.

Mr. Olatunji said, “Whatever we get from this workshop, let’s practise them when we get back to the office.”

He added that the workshop should bring about the desired change in the participants so that they would be able to positively impact on their organisation in their bit to support the government to curb corruption in the country.