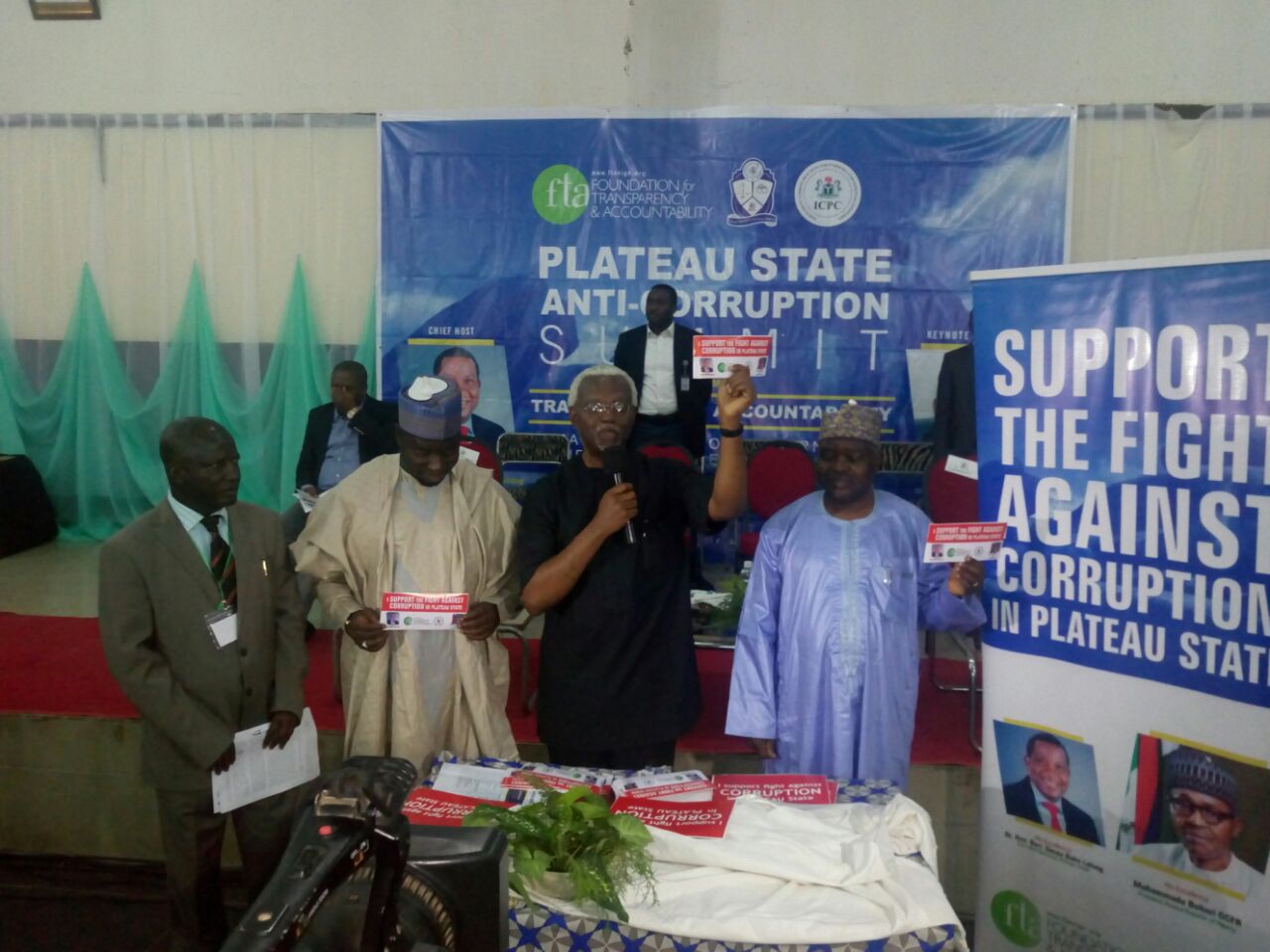 The Independent Corrupt Practices and Other Related Offences Commission (ICPC), has pledged to assist Plateau State with technical assistance in carrying out System Studies and Review of practices and procedures of its public institutions in order to reduce vulnerabilities, leakages and provide a platform for sustainable development in the State.

This pledge was made by ICPC Chairman, Mr. Ekpo Nta, while delivering a keynote address at the Plateau State Anti-Corruption Summit in Jos, Plateau State.

Mr. Nta said “ICPC, under its mandate, has the capability of assisting Plateau State of Nigeria, and other states, in providing technical assistance in carrying out System Studies and Reviews of your systems, practices and procedures. This will help eradicate or reduce institutional vulnerabilities, leakages and misalignments of objectives.”

“ICPC firmly believes that if you strengthen your public institutions, it will automatically provide the platform for sustainable development, and governance and rule of law”, he added.

The Governor, who was represented by his deputy, Prof. Sonni Tyoden said “The choice of Plateau State for the ‘I Support the Fight against Corruption Campaign’ is undoubtedly an open attestation to the fact that our commitment as a government on a rescue mission to the fight against corruption is real and beyond the rhetoric that has characterized the campaign in the past.”

“The summit is no doubt apt, because it seeks to strengthen the fight against corruption in Plateau State. The strategy is commendable, seeing that it calls the citizen’s conscience to an action which he or she will personally sign for, not as a supporter, but as a prosecutor of the corruption war. People of conscience and conviction cannot afford not to stand up and be counted.” Governor Lalong added.

Earlier in an opening remark, Prof. Sola Akinrinade, the Provost of Anti-Corruption Academy of Nigeria, ACAN, said he was pleased that the Plateau State Government had committed itself to joining the war against corruption as demonstrated in the convening of the summit.

The Provost said: “We are looking forward to working with the Plateau State Government to train staff of various agencies of government in the state to be able to identify processes and conducts that are prone to corruption, and to build systems that promote integrity, transparency and accountability, with zero tolerance for corruption.”