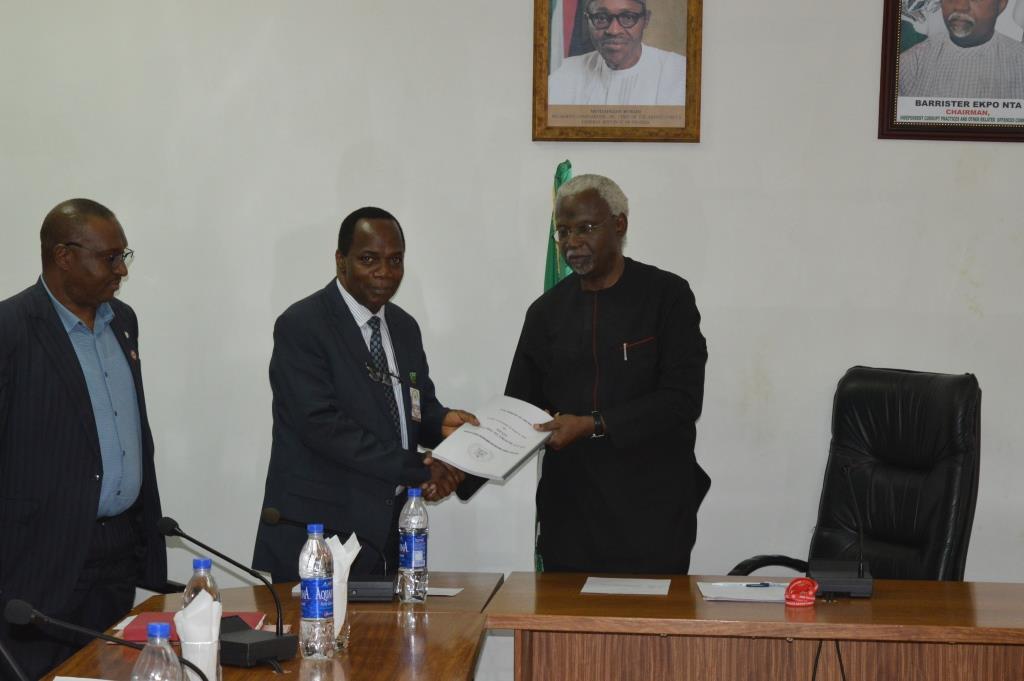 The Independent Corrupt Practices and Other Related Offences Commission (ICPC) has presented a draft report of system study conducted at the National Hospital Abuja, to the management of the hospital.

The Commission presented the report in an interactive session with the Chief Medical Director (CMD), Dr. Jaffar Mommoh and management staff to formally inform them of the findings of the system study, at its headquarters in Abuja.

Chairman of the Commission, Mr. Ekpo Nta, in his remarks at the presentation, said that the significance of the study was the identification of the areas of loopholes in the system of the hospital and proffer solutions to them, and not to run down the organization.

Mr. Nta explained that one of the core duties of the Commission was the study and review of corruption -prone systems in Ministries, Departments and Agencies (MDAs).

He said that the exercise was not meant to “run down anybody, institution or denigrate efforts made, but to review corruption prone processes/systems in order to strengthen the institution, and ensure improved service delivery”. He stated that findings in the report would serve as a model for studying other hospitals across the country.

Nta concluded that although the exercise was a corrective measure and not a punitive one, he added that any negligence in addressing the noted gaps could lead to punitive legal actions.

In his response, Dr. Mommoh expressed gratitude to the Commission for the invitation, and the conduct of the system study exercise.

He assured ICPC that they would on their own part study the report presented to them and respond accordingly.