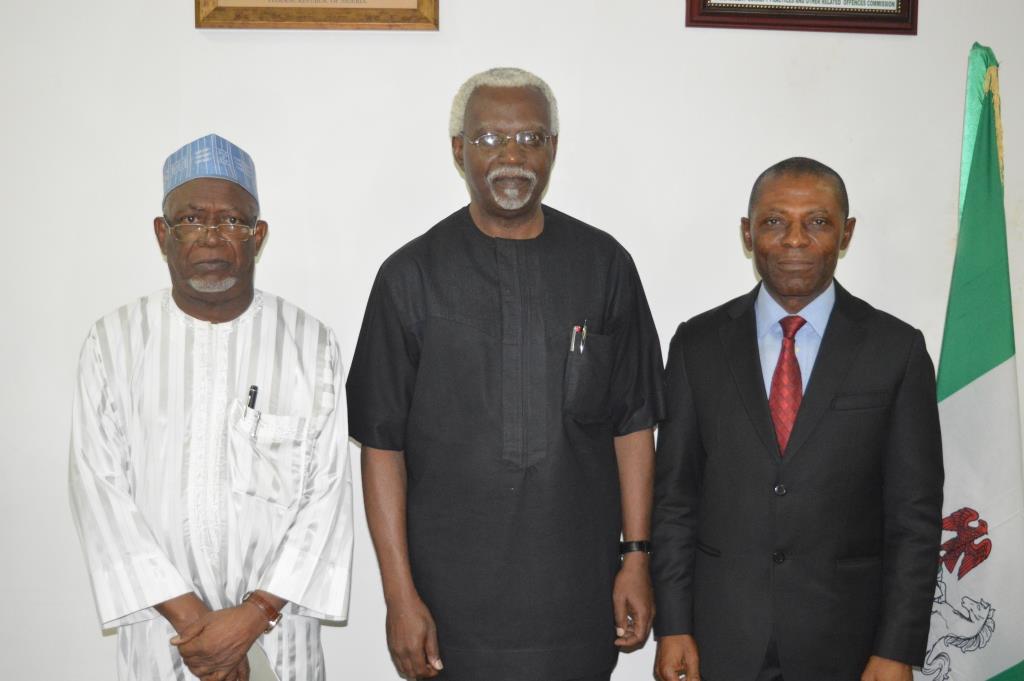 The Chairman of the Independent Corrupt Practices and Other Related Offences Commission (ICPC), Mr. Ekpo Nta, has stated that the rights of suspects under the Commission’s custody are not violated as stipulated in the constitution.

Mr. Nta said this during a courtesy visit by the Auditor-General of the Federation, Mr. Anthony Ayine and his team to the ICPC Headquarters recently.

He was responding to a complaint by the visiting Auditor-General that when some of his staff are invited as witnesses by the Commission, they are eventually treated as suspects.

Mr. Nta said the Commission treats its witnesses and suspects with utmost dignity and respect. He explained that before suspects are detained they are subjected to medical checks in a nearby hospital where the Commission has a retainership and that its comfortable detention and interrogation facilities are continually upgraded.

He also said that he receives a notification alert on his mobile phone wherever he is in the world within 5minutes of a suspect being detained which ensures that no suspect is unfairly detained.

He added that the Commission goes to great lengths to protect the identity of both its informants and suspects until the matter has gone beyond investigation and is in court.

Mr. Nta however assured the Auditor-General that if there were specific reports of mistreatment of witnesses or suspects by ICPC operatives, they would be dealt with appropriately.

The ICPC boss stated that the Office of the Auditor-General of the Federation was very important in the prevention of corruption and that the United Nations Office on Drugs and Crimes (UNODC) considered it as an anti-corruption institution.

Mr. Nta also revealed that the Commission was conducting Corruption Risk Assessment (CRA) on the nation’s electronic payment platforms such as IPPIS, GIFMIS, TSA etc to identify corruption loopholes and pre-empt their exploitation by crooked officials.

Earlier, Mr. Ayine had said that his visit was to seek collaboration with ICPC given that both organisations were focused on reducing corruption in Nigeria and that his office had recently set up a stakeholders’ committee to advance the anti-corruption campaign.

He added that contact persons would be appointed from his organisation to constantly interface with the Commission to smoothen their working relationship.

The Auditor-General went further to commend the Commission for what he considered the great work it was doing, especially in its public enlightenment campaign.