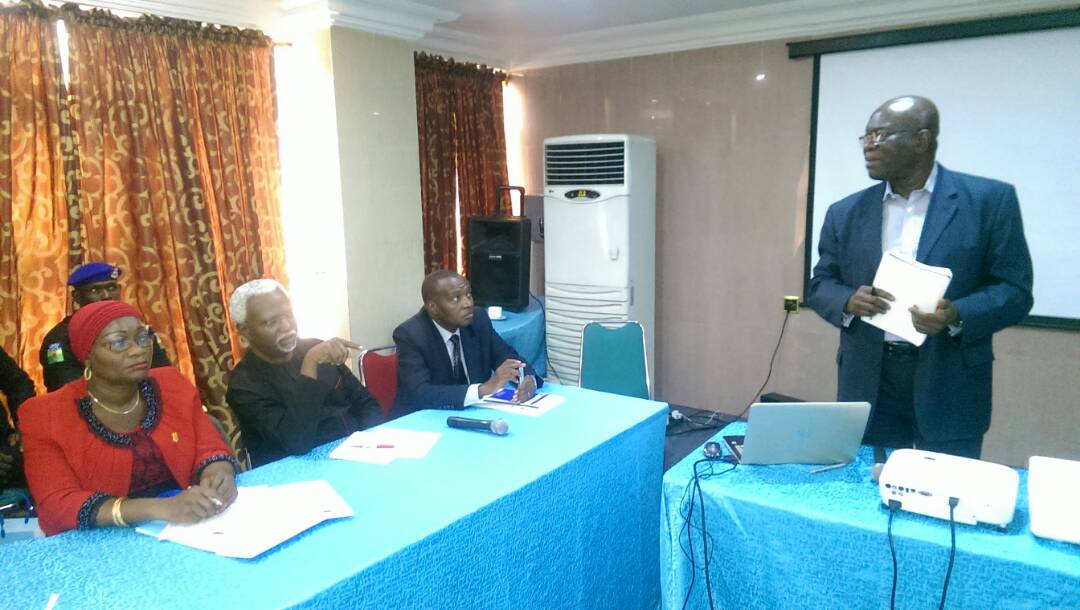 The Chairman of the Independent Corrupt Practices and Other Related Offences Commission (ICPC), Ekpo Nta, has charged staff of the Commission to rid themselves of all preconceived beliefs held over the years and open up to new ideas in order to enhance the preventive effort of the Commission in the fight against corruption.

He gave the charge Wednesday at a one-day workshop organized in Abuja for Heads of Departments and Units of the Commission by the United Nations Office on Drugs and Crime (UNODC) on corruption prevention.

The aim of the workshop was to take a critical look at the Commission’s corruption prevention mandate so as to address essential requirements for establishing an effective preventive approach to fighting corruption.

In his remarks at the workshop, the Country Representative of  European Union (EU), Christin Albertin, who was represented by Jesse Wachanga, said that the workshop tagged, “Boosting ICPC’s Prevention Efforts” was part of a series of activities that UNODC was implementing in corruption prevention of the EU support to Anti-corruption in Nigeria Project.

Also, speaking on the workshop, the facilitator, Victor O. Ayeni, stated that one of the expected outcomes was to enhance synergy amongst relevant departments and units through sharing of experiences and better strategic coherence.

He also said that participants were expected to bring up ideas on how the Commission could improve current practices geared towards preventing corruption and, thus made a sustainable impact on the overall national effort.

Declaring the workshop closed, Head of Public Enlightenment Department and spokesperson of the Commission, Rasheedat A. Okoduwa, mni, praised UNODC for their continuous support through technical assistance, provision of equipment and training.