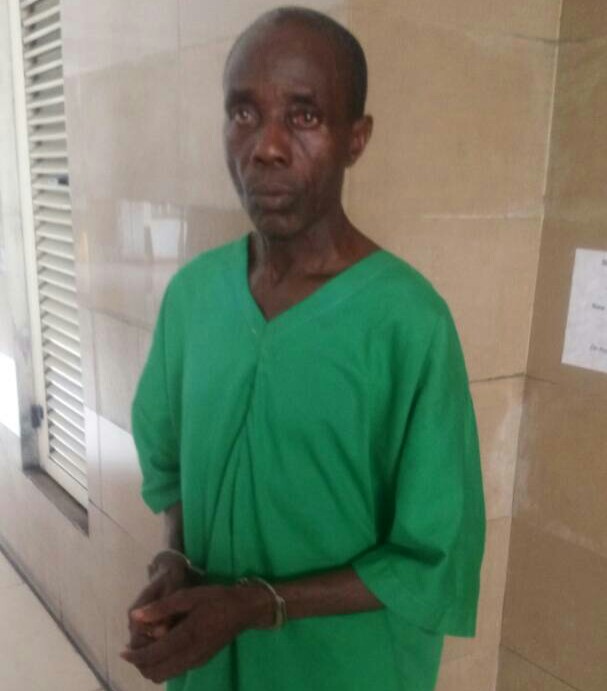 A 68 year old man, Mr. Deemua Increase, has been convicted by  Rivers State High Court  12 sitting in Port Harcourt, for using forged documents to get  himself enrolled on the Rivers State Government pension payroll.

Mr. Increase was sentenced to a jail term of 1 month by Justice M. O. Opara with no option of fine after the accused pleaded guilty to the charge that had been preferred against him.

Mr. Increase was accused of collecting pension payments from Rivers State Government using forged documents for 9 years before he was picked up by ICPC operatives during one of the pension verification exercises in Port Harcourt.

At his arraignment, the accused pleaded guilty to the charge because according to him, the weight of evidence garnered against him was overwhelming.

After Increase`s guilty plea the Judge adjourned the matter for hearing where the prosecuting counsel, Agada Akogwu, established his case beyond reasonable doubt, and prayed the court to mete out an appropriate sanction on the convict to serve as a lesson for those engaged or may wish to engage in such a criminal act.

The trial judge then adjourned the case for conviction during which the accused pleaded for leniency, telling the court that his wife had died leaving him with 9 children.

The judge therefore convicted him and adjourned the matter for sentencing, ruling that the convict be remanded in prison custody until then.

During sentencing, the judge taking cognizance of the convict’s guilty plea and family circumstances, decided to lower his punishment to 1 month imprisonment out of a maximum 2 years prescribed by the relevant section of the Corrupt Practices and Other Related Offences Act 2000.