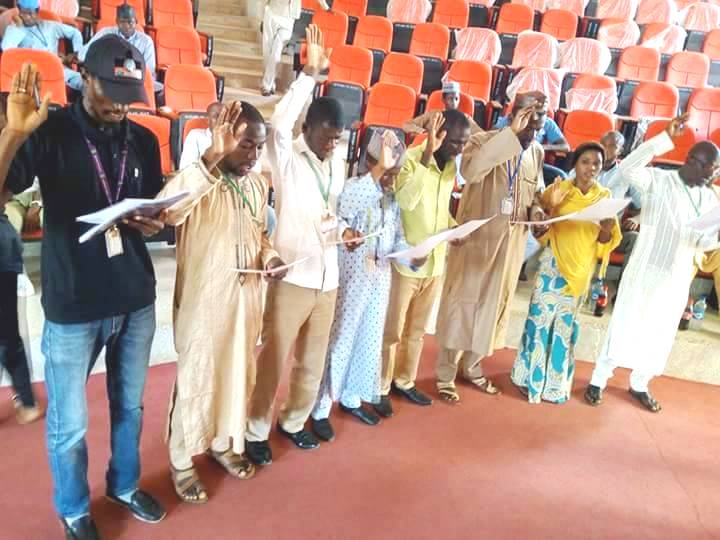 The Chairman of Independent Corrupt Practices and Other Related Offences Commission (ICPC), Mr. Ekpo Nta, has urged students of Sokoto State University to cultivate the qualities of integrity, accountability and honesty as future leaders.

Mr. Nta, who was represented by Mr. Ahmad Muhammad Wada, of the Legal Department of ICPC, gave the advice during the induction and inauguration of new executive members of the Students Anti-corruption Vanguard (SAV) of the institution recently.

He charged the students to be good ambassadors of the anti-corruption campaign in their individual capacities in order to reduce corruption in the university.

Also in a paper presented at the occasion; the Deputy Vice Chancellor (Admin) of the University, Professor Nasirudden Ibrahim Dole, stated that fighting corruption was everybody’s responsibility.  According to him “we should all stand and fight the monster or it will destroy us’’.

Professor Dole also urged the new executive members of the vanguard to expose corruption wherever it exists in the university so as to ensure that there is no hiding place for corrupt -minded people.

In his paper presentation titled “Corruption in Educational Sector: A perspective in Examination Malpractice” the Chairman, Committee on Examination Malpractice, Sokoto State University, Malam Anas Tukur Balarabe, lamented that “corruption in many forms has insidiously eaten away the integrity of the educational institutions and damaged the educational system to an extent that one does not even know who to blame”.

Malam Balarabe emphasized the need for students to always abide by examination rules and regulations; while urging lecturers to understand that preventing students from committing such evil acts is a collective responsibility of all in the university community and not just for the members of SAV.

On his own part, the new president of the Anti-corruption Vanguard, Mr. Mohammed Olusegun Dauda in his inaugural speech, promised to run a transparent leadership and urged the members to join hands with him in the fight against the scourge of corruption in the university.

Students Anti-Corruption Vanguard is an initiative of ICPC which enlists voluntary students of tertiary institutions into the campaign against corruption.The vanguard promotes wholesome values of integrity, hard work and discipline in the institutions’ communities.