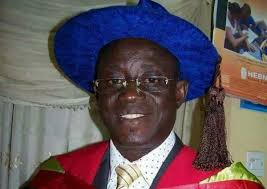 The accused, who is one of the two Board nominees for the Independent Corrupt Practices and Other Related Offences Commission (ICPC) that were dropped for being under investigation by the Commission, is standing trial with the Chief Executive Director of Namylas Nig. Ltd, Salman Sulaiman, after having been arraigned by the same Commission earlier in September, 2017.

ICPC’s prosecuting counsel, Messrs Sule Amedu and Ijezie Sunny Ezeana fielded one Mr. Oluwaseun Oshinyemi as their first witness. In the course of his testimony, the prosecutors sought to tender the written statement of the second accused, Mr. Sulaiman, but the defence counsel raised an objection that the statement of their client was not made voluntarily. They alleged that he was “forced, harassed, intimidated and coerced” into making the statement to the Commission’s investigators.

ICPC’s investigation into the petition had revealed strong evidence of collusion, bid rigging and corrupt practices against Namylas Nig Ltd in the bid process; and that the company used falsified, forged and doctored PENCOM Compliance Certificate, Tax Clearance Certificate and ITF Certificate of Compliance to submit its bid during the bidding process.

Sulaiman on his part, was accused of bribing a government official when he paid N5 million through a Guaranty Trust Bank account to Alanamu, as a reward for the award of contract to his company, thereby committing an offence contrary to Section 9(1) (a) and punishable under Section 9(1) (b) of the Corrupt Practices and Other Related Offences Act, 2000.