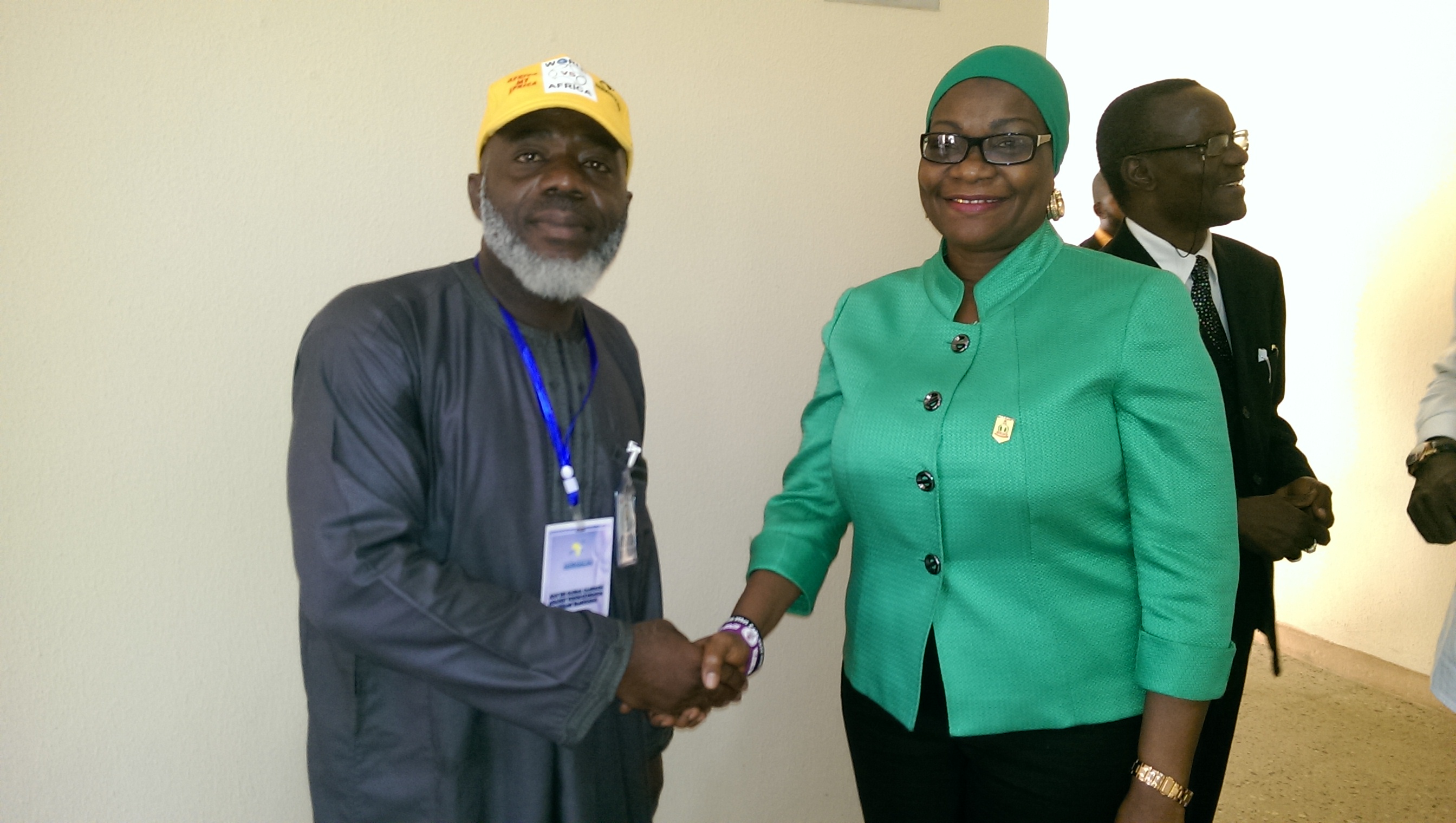 The Spokesperson of the Independent Corrupt Practices and Other Related Offences Commission (ICPC), Mrs. Rasheedat Adunni Okoduwa, mni, has called for people to always speak up against corruption, human trafficking and other social ills bedevilling the nation.

She made this call when she received the founder and some members of Next to None Support Initiative, a non-governmental organisation who were on a courtesy visit to the Commission’s headquarters in Abuja, recently.

Mrs. Okoduwa, who also heads the Commission’s Public Enlightenment Department said that as part of its duty to enlist and foster public support in combating corruption, “ICPC’s door is always open to people to join us, to speak up against corruption and other ills.”

Speaking on their mission, the leader of the group, Mr. Ndukwe Sam Obu, revealed the philosophy behind the founding of the Next to None Support Initiative which according to him was to fight certain social ills in the society like corruption, human trafficking and prostitution.

He explained that it was against this backdrop that the group was seeking partnership with relevant government agencies to rid the nation of these ills.

“Our approach, having been able to decipher the ills, is to work with the relevant government bodies to fight them,” he stated.

Mr. Obu further said that since the youths were worst hit by these ills, his NGO had been exploring other avenues to reach out to them through the entertainment industry.

He also stated that his NGO was planning to carry out a project for the production of a documentary and movie that would focus on issues of human trafficking and corruption and hence was requesting for ICPC’s collaboration.

According to Mr. Obu, the documentary will be Africa’s answer to CNN’s Freedom Project and Al-Jazeera’s Modern Day Slavery documentaries on human trafficking.

He said the project had received the support and endorsement of the National Agency for the Prohibition of Trafficking in Persons (NAPTIP) and would involve the collaboration of agencies like ICPC and EFCC among others.

Speaking on the project, Mrs. Okoduwa, mni commended its conception. She lamented the menace of human trafficking while pointing out that it was poverty arising from corruption that makes young people allow themselves to be cajoled into seeking greener pastures overseas without weighing the attendant risks, hazards and consequences.

The ICPC Spokesperson assured the group of the Commission’s willingness to work with them, and described the collaboration of different agencies of government on the project as a welcome development.