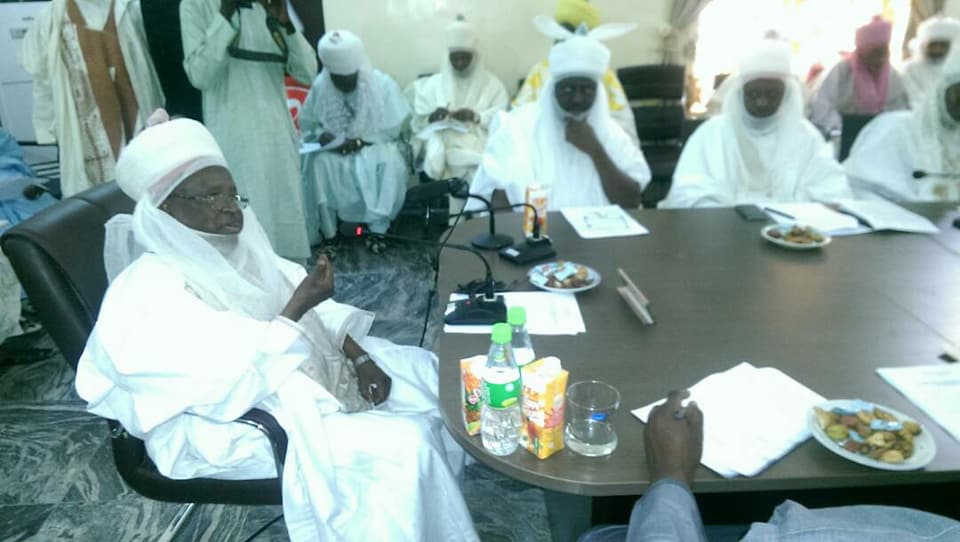 The Independent Corrupt Practices and Other Related Offences Commission (ICPC) recently organized a day round-table meeting with the Kano State Emirate Council at Kano Emir’s Palace, with a view to discussing the role of traditional institution in the fight against corruption.

In his remarks, the Emir of Kano, His Royal Highness, Malam Muhammadu Sanusi II, represented by a Senior Council member, DIG (retired) Mahe Bashir, Walin Kano, expressed the readiness of the Council to partner ICPC in the promotion of positive character building, integrity and anti-corruption crusade within the Kano Emirate’s domain.

The Emir of Kano stated that, historically, the Emirate was known to be an embodiment of high moral principles and intolerable to lack of integrity, hence, numerous  traditional heads were removed and punished.

His Royal Highness commended ICPC for producing the National Values curriculum, believing that the absence of character in our educational system has been responsible in the formation of negative character that translated into the attitude of human abduction, kidnapping and other moral decadence.

The ICPC Acting Chairman, Honorable Abdullahi Bako, represented by the Secretary to the Commission, Dr. Abubakar Usman Musa, presented a paper titled “the Role of Traditional Institution in the Fight against Corruption”, where he stated that the choice of Kano Emirate was due to its influence and impact of its Royal father on his subjects

Hon Bako added “The Commission reckons with the courageous efforts the Emir of Kano made to stem the tide of corruption when he was the Governor of Central Bank of Nigeria (CBN). Recent discoveries in many Ministries, Departments and Agencies have rightly vindicated the Emir”.

He further stressed that the Commission had the tripartite mandate of enforcement, prevention and enlightenment in the fight against corruption, of which it was steadily succeeding.

During the general discussion segment of the meeting, the council members succinctly discussed very important issues that could assist the national anti-corruption drive with the Turakin Kano, Alhaji Lamido Sanusi, advising that the fight against corruption must be free from oppression, vindictiveness and should not be used as a means of conferring undue advantage to the anti-corruption workers.

Alhaji Haruna Rasheed Sanusi, Dangaladiman Kano, believed that adequate remuneration for workers would play a significant role in reducing corruption. Hence, the District Head requested government at all levels to consider the welfare of workers.

According to the District Head of Gwarzo Local Government of Kano State, Alhaji Shehu Kabiru Bayero, punishment of corruption should be meted out more to very senior personalities and leaders than the led to serve as a deterrent to their followers. Bayero added this was necessary, if we were to really succeed in this anti-corruption crusade.

Magajin Rafin Kano and District Head of Bagwai Local Government, Alhaji Nura Shehu Ahmad, advised the Commission to invest more in human capital development especially in the area of public and human relations. He believed that a better relation with the public would actually attract more friends than enemies to the crusade.

Alhaji Wada Waziri, Sa’in Kano and District Head of Makoda Local Government, stressed that nepotism and selective justice by the anti-corruption commissions must be totally avoided.

While giving the vote of thanks to the members of Kano Emirate for their participation in the one day round table meeting, the Head of Kano State ICPC office, Malam Zayyana Dan Musa, requested the Emirate Council to take the anti-corruption messages discussed during the round table to the grassroots through Friday mosque sermons, schools, village heads and ward heads.