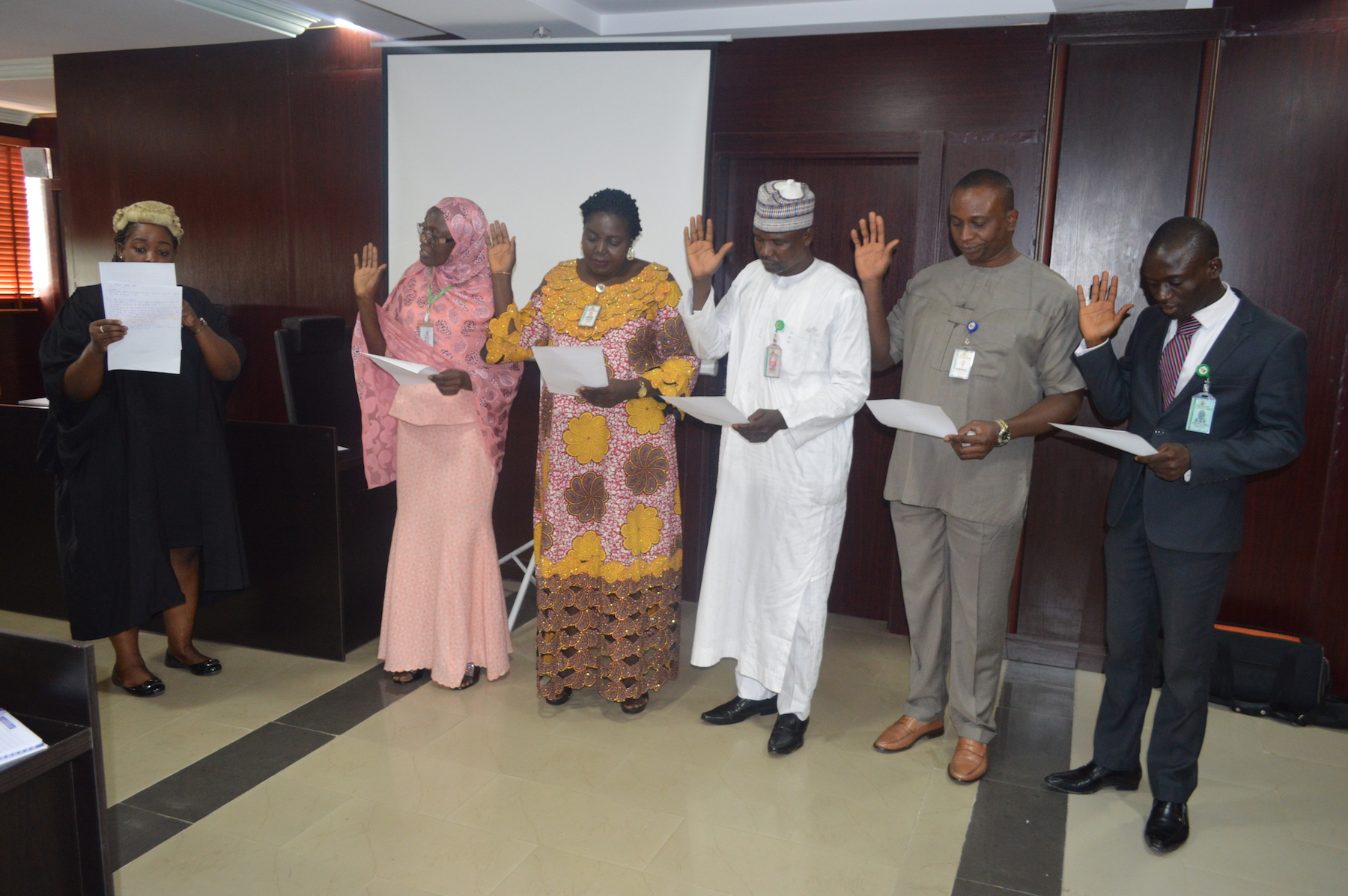 The Acting Executive Chairman, Federal Character Commission (FCC), Dr. Shettima Bukar Abba, stated that the flagrant violations of the federal character principle in recruitment exercises by some government establishments are also acts of corruption and not only the stealing of government money.

Dr. Abba made this statement in his remarks at the inauguration ceremony of the FCC chapter of the Anti-Corruption and Transparency Unit (ACTU), at the FCC headquarters in Abuja, recently by officials of the Independent Corrupt Practices and Other Related Offences Commission (ICPC).

He noted with concern, the many violations of the federal character principle by agencies of government during recruitment exercises and declared them as manifestations of corruption which would not be condoned by FCC.

According to him, “FCC is also one of the anti-corruption bodies in Nigeria and is charged with the responsibility of ensuring fairness in employment and the distribution of social infrastructure across the federating units that make up the country, and therefore will not shirk from this duty”

While expressing delight over the cordial working relationship between ICPC and FCC, he said, “As a Commission we too can initiate prosecution; this is part of the reasons why we attach so much importance to the establishment of ACTU in this organisation. We consider the fight against corruption as a collective responsibility of all”

In his goodwill message, the acting Chairman of ICPC, Dr. Musa Usman Abubakar, who was represented by Mr. Olayinka Abiodun Aiyegbayo, fsi, Assistant Commissioner, Corruption Monitoring and Evaluation Department  [CMED] said, “…FCC has a corresponding obligation to showcase a high level of professionalism, transparency and accountability in all its operations. This arduous task can only be achieved when members of staff understand their expected roles and responsibilities by working diligently and living above board”

He urged the FCC management to co-operate with the Unit’s members, noting that “the inauguration of ACTU at FCC is geared towards instilling transparent and accountable systems and procedures that could engender a sanitized work environment”.

The ACTU Chairperson, Mrs. Salamatu Abba, a Deputy Director in FCC, in her acceptance speech thanked the FCC and ICPC for finding the Unit members worthy to serve in such capacity. She pledged to put in her best in providing the desired leadership that would ensure the success of the Unit.

Other members of the Unit include: Dearsley Felicia, Anyanwoke Uchenna, Fatoyinbo John Taiye, Voke Oniesi and Garba Salihu, who is the ACTU Secretary of FCC.