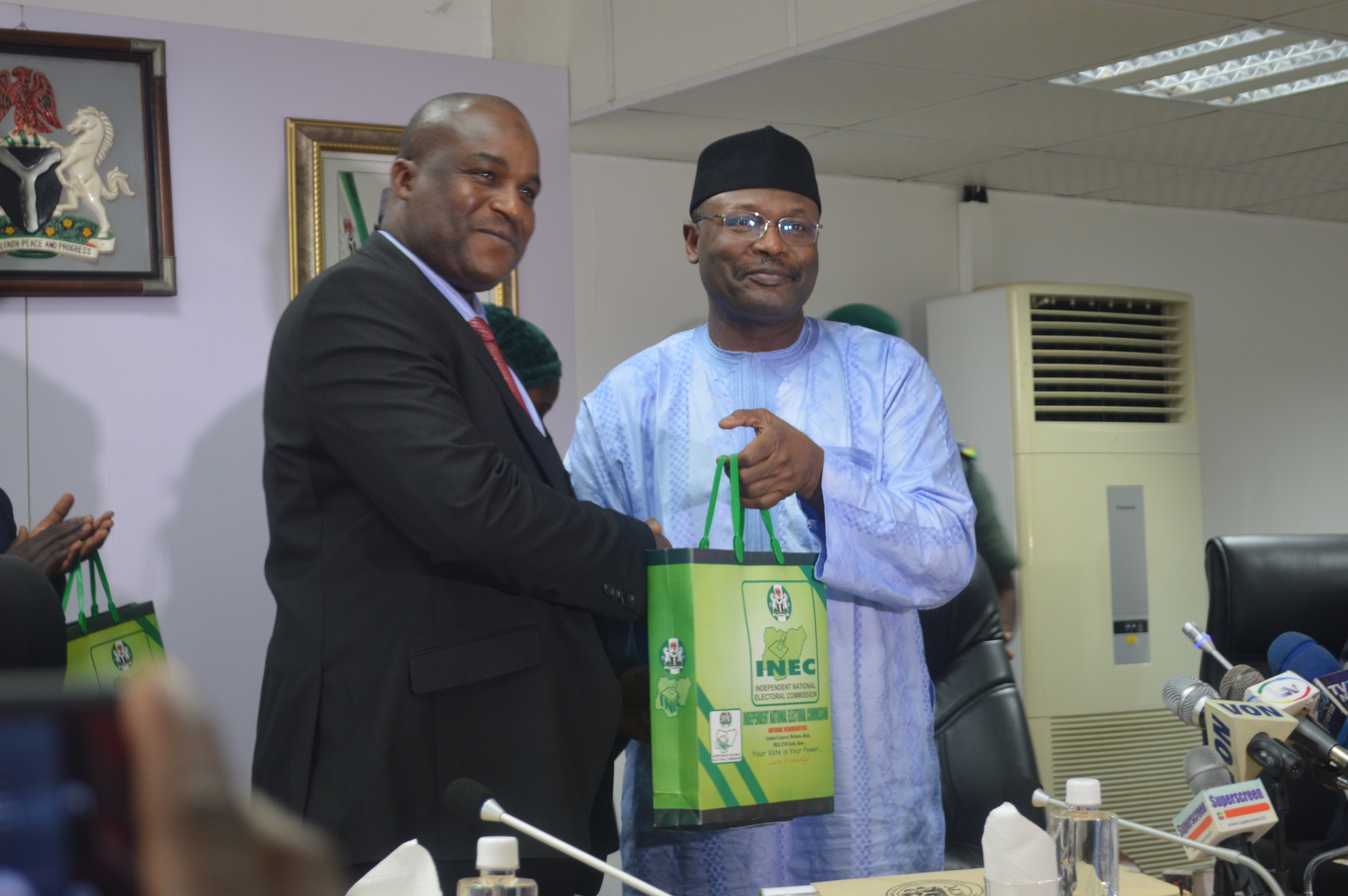 The Independent Corrupt Practices and Other Related Offences Commission, ICPC is  to monitor  the upcoming Osun State gubernatorial election and other subsequent elections in Nigeria to curb the menace of vote-buying.

This was disclosed when the Acting Chairman of ICPC, Dr. Musa Usman Abubakar, paid a courtesy call on the INEC Chairman, Prof. Mahmoud Yakubu in Abuja.

The INEC Chairman while responding to a speech by the ICPC Acting Chairman made a special request for ICPC to deploy as many operatives as possible to monitor the upcoming gubernatorial election in Osun State , to which the Acting Chairman of ICPC agreed

Dr. Abubakar, while speaking on the purpose of the visit  had said  “the main reason for this visit is to identify with the Commission and the general public on the issue of vote-buying.

The ICPC  Acting Chairman also added that “vote- buying is one of the acts prohibited under the Corrupt Practices and Other Related Offences Act 2000 and the Electoral Act, and that ICPC is empowered by its act to investigate and prosecute offenders.”

Prof Yakubu commended ICPC for its effort to partner INEC to tackle the new trend of vote-buying in elections.

He said “just last week, I was addressing a coalition of political parties and I told them that INEC would make a  statement on the issue of vote-buying soon after the Osun State election”

The INEC Chairman disclosed that there was going to be an inter-agency framework that would include the cooperation and active participation of ICPC, EFCC, Police and other security agencies to curb vote-buying.

“The outcome of any election is in the hands of the voter, but we are responsible for ensuring that the process is free and credible” he said.