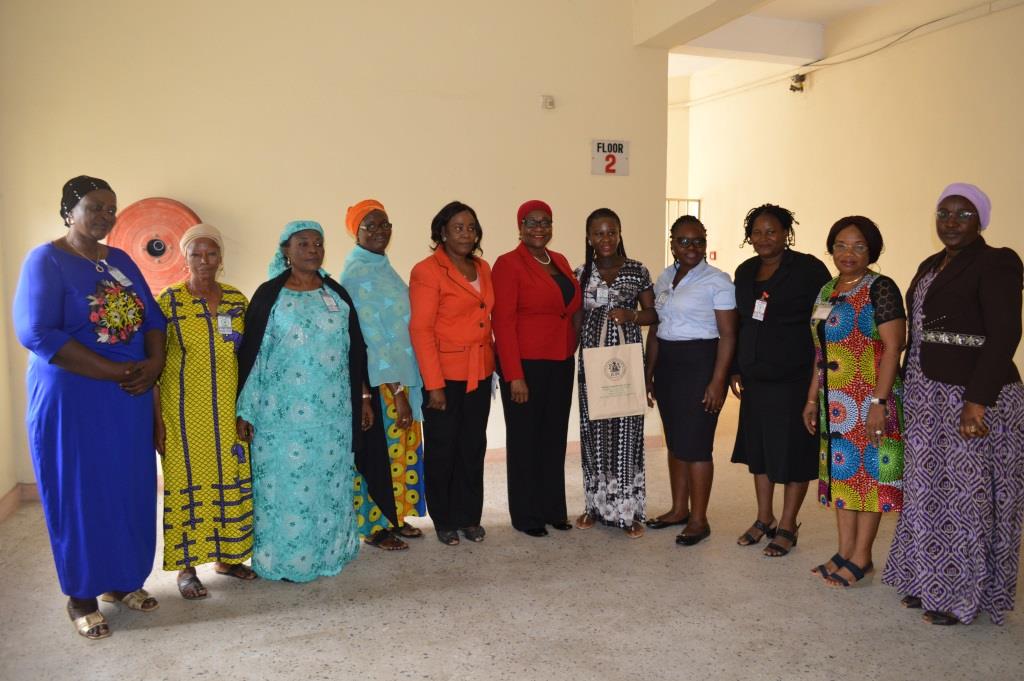 Beyond Speaking, Women should Take Action against Corruption – ICPC Spokesperson

The Spokesperson of the Independent Corrupt Practices and Other Related Offences Commission (ICPC), Mrs. Rasheedat Okoduwa, mni, has charged women to not only condemn corruption but to rise and take action against it.

Mrs. Okoduwa gave this charge when she welcomed a team of women from the Women Advocates Research and Documentation Centre (WARDC) who were on a courtesy visit to the Commission recently.

Okoduwa, who also heads the Public Enlightenment Department of ICPC, said that it was important for women to be interested in issues of governance and speak up whenever they noticed any occurrence of corrupt act.

She further reiterated the essence of taking a stand against corruption, saying that corruption has a major impact on women as it puts them at risk be it in the health or education sector.

Mrs. Okoduwa also said that women are custodians of values and urged them never to renege on their responsibility of laying a sound moral foundation for their children.

“Use your platform to teach women that little acts of dishonesty all add up and our children are watching,” she advised.

The Commission’s spokesperson cautioned the women on the dangers of living a materialistic lifestyle, pointing out that mothers who judge people based on their material worth and not on the content of their character, run the risk of pushing their children and husbands into a life of crime.

In her words, “Some women as government officials are also guilty of corruption in their workplace. Let us live within our means to avoid this”.

Earlier in her remarks, Nkechi Udegbulam, Programme Officer, WARDC, who spoke on behalf of the team said that the Centre’s role was to mobilize women to stand against corruption and to help them change their mindset about it.

She explained further that the visit formed part of their project, Strengthening Citizens’ resistance Against Prevalence of Corruption (SCRAP-C) which was being wrapped up.

Against this backdrop, the team solicited partnership with the Commission especially in the area of using its Public Enlightenment platforms to educate women to resist corruption and demand for Integrity, Honesty and Transparency (IHoT) at all levels.

“We need ICPC to help bring these issues to the limelight because the Commission has a wider reach and we cannot do this on our own,” Udegbulam stated.

Reacting to this, Mrs. Okoduwa, assured the group of ICPC’s willingness to partner with them especially since most of the issues were in line with the preventive mandate of the Commission.

Also, speaking at the meeting, Mrs. Azuka Ogugua of the Education Department, ICPC, informed the guests of the National Anti-Corruption Coalition, a platform set up by the Commission through which it works with Civil Society Organisations (CSOs). She therefore requested the group to join the coalition to better position them to work with the Commission.